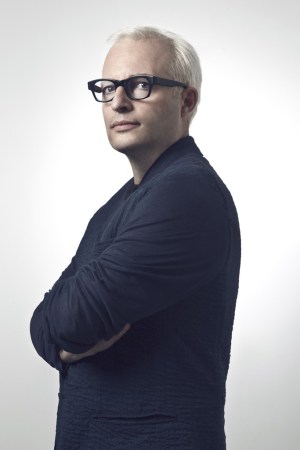 PARIS — In a changing of the guard at one of France’s most celebrated embroidery houses, Maison Lesage has named Hubert Barrère its new artistic director, effective Thursday.

Disclosing the change to WWD on Monday, Bruno Pavlovsky, president of Chanel fashion and Maison Lesage, said François Lesage, honorary president, assisted in the selection of his successor.

Last week, the French Ministry of Culture awarded Lesage the honorary distinction of Maître d’Art, or Master of Art in English. He has helmed the company since 1949, and took on the honorary title in 2005.

Pavlovsky declined to provide figures, but said Lesage had a “very good year” in 2011, with strong demand from more than a dozen clients, including couture houses Dior, Chanel and Valentino, ready-to-wear firms such as Dolce & Gabbana, and newer names such as Alexandre Vauthier.

The executive also noted that Lesage has seen new activity flourish: embroidered fabrics that are made to order.

Chanel acquired Lesage, in 2002, and a handful of other specialty ateliers, in a bid to preserve France’s couture know-how. These include shoemaker Massaro, hat maker A. Michel, feather and flower house Lemarie and button specialist Desrues.

Barrère, who trained at l’Ecole de la Chambre Syndicale de la Haute Couture in Paris, is known as a specialist in corsets and in 2001 introduced a signature collection. He has spent 15 years at Hurel, one of five embroidery houses with which Chanel collaborates.