By Barbara Barker and Rosemary Feitelberg on May 1, 2009
View Slideshow 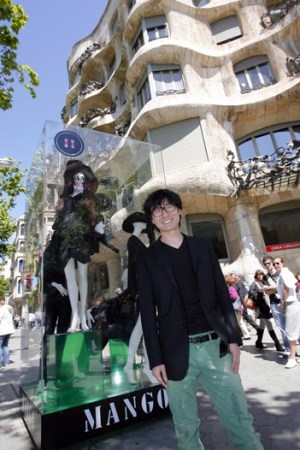 Oscar de la Renta took the gold — the “Gold Button,” that is — honoring the longevity of his fashion career at Wednesday night’s El Botón–Mango Fashion Awards held in the Hangar, a corporate design facility on the outskirts of Barcelona.

De la Renta said, “I was honored to serve as chairman of the jury for the El Botón-Mango Fashion Awards. I think it is important to identify and encourage the world’s most talented young designers, and join together within the fashion community to give them our support, especially in these difficult economic times.

“I was very proud to be included in this wonderful effort by Mango. I was honored to receive the Golden Button for my achievements in the fashion world.”

Beating out nine other finalists, the winner of Mango’s second international newcomer competition was Korean designer Lee Jean Youn. A graduate of Hongik University’s College of Fine Arts & Design in Seoul, the 31-year-old Youn has shown at Hong Kong Fashion Week and the Paris ready-to-wear fair Who’s Next. Prize winnings totalled 300,000 euros, or $398,000 at current exchange. In addition, his 10-piece collection will be produced and distributed by Mango, “an opportunity to expand on an international level,” he said.

Established in 2006, the awards, which are open to designers 35 years old and younger who have produced at least two collections, are held every 18 months.

During the awards presentation, Mango staged a runway show featuring both the women’s and men’s collections for fall-winter.