The label’s collections were formerly created by a design team overseen by Gigi Vezzola. 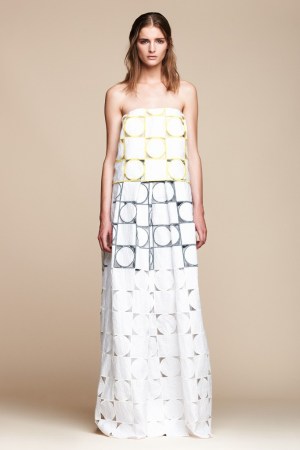 The label’s collections were formerly created by a design team overseen by Gigi Vezzola.

A fashion design graduate from Antwerp’s prestigious Academy of Fine Arts, Mahmutovic worked at Dries van Noten for six years, prior to moving to India, where he learned the country’s ancient embroidery techniques, and then to Japan. In Tokyo, Mahmutovic had an active role in the development of Jil Sander’s J+ line for Japanese retailer Uniqlo.

“Castor’s quality is very good and they have the proper manufacturing skills to develop almost everything we want for Mantù collections,” said Mahmutovic.

“When we met him and we saw his sketches, we immediately realized that he would have been the perfect designer for Mantù,” said Castor founder Angela Picozzi. “With this appointment, we aim to take a further step in the definition of Mantù’s identity, defining our positioning between designer labels and more commercial brands.”

Mahmutovic will unveil the first fruits of his collaboration with Castor on Tuesday, presenting Mantù’s resort collection in New York.

The fashion designer pointed at the city of Mantua, where Castor is based and which gives the name to the brand, as the main inspiration for the collection. “When you walk around, you have the feeling that Mantua is an open-air museum,” said Mahmutovic, who translated architectural elements of the city’s Renaissance architecture in the lineup.

The work of German photographer Candida Höfer also served as references for Mahmutovic for resort.

As a result, the designer put the focus on sharp silhouettes, delivering boxy jackets with accentuated shoulders, cigarette pants and constructed jacquard dresses decorated with sophisticated embroideries and round cutouts. He also introduced prints and embroideries reproducing the bas-reliefs of a number of Mantua’s buildings.

Balancing the strong look of the collection, Mahmutovic included looser styles, including fluid pants and blouses.

The color palette is focused on matte colors, in tones of cement, blue and amaranth, which contrast with bold hues of pink and yellow.