MILAN — The Mantero Archive has long been considered a comprehensive and extraordinary collection of textiles and an inspiration for numerous designers, with more than 10,000 volumes and 60,000 foulards from the top fashion houses, thousands of drawings and prints. Now it has expanded further, housing the Ken Scott Foundation in Grandate, just outside Como.

Italian silk specialist Mantero, which is based in Como, bought the Ken Scott brand in 2019, and has structured the foundation as an exhibition space. “We are anxious to open it up to the world, once the travel restrictions will be lifted,” said Franco Mantero, chief executive officer of the family-owned company, during a Zoom conference on Tuesday. To be sure, a camera skimming through the space and resting on a Gae Aulenti chair upholstered with a Ken Scott pattern or a set of trunks, joyful paintings and carpets teased viewers to no end.

The Ken Scott Foundation was established in 1989 by the Indiana-born designer, who died in 1991 and became popular in the ’60s and ’70s with his colorful prints.

Mantero, a member of the fourth generation of the family that founded the company in 1902, enthusiastically talked about the more than 6,000 original drawings by Ken Scott, his fabric samples, 1,000 outfits, furniture, documents, and various memorabilia that are on display at the foundation. He marveled at how eclectic and ahead of his times Scott was — even to his own detriment — and related a few tidbits, such as the fact that in addition to Scott’s passion for botany, he opened a restaurant in Milan in 1971.

Further focusing attention on Ken Scott, Gucci on Feb. 18 will launch a series of activations and a communication strategy highlighting the co-branded collection presented by creative director Alessandro Michele in his Epilogue collection and available in stores now. Last year, Mantero inked an agreement with Gucci for the exclusive use of a selection of patterns from the Ken Scott archives.

Mantero also revealed that the company has invested in two additional textile archives — a collection of Japanese kimonos previously owned by Nancy Martin Stetson and the Avantgard archives.

Mantero praised Stetson for her ability to structure the collection. “She was a true academic, carefully creating and organizing a catalogue.” He noted how the prints on the kimonos, from cherry blossoms to fish or the cricket, are “cultural symbols and very instructive for our sector, they are not only ornamental, they have meaning.”

The collection also includes garments worn under the kimono (Nagajuban), jackets (Haori), 70 obi and around 500 fabrics, “with an extraordinary combination of colors and decors, realized in the Kasuri, Shibori, Itajime, Tsutsugaki or Ikat techniques, to name a few,” continued Mantero. 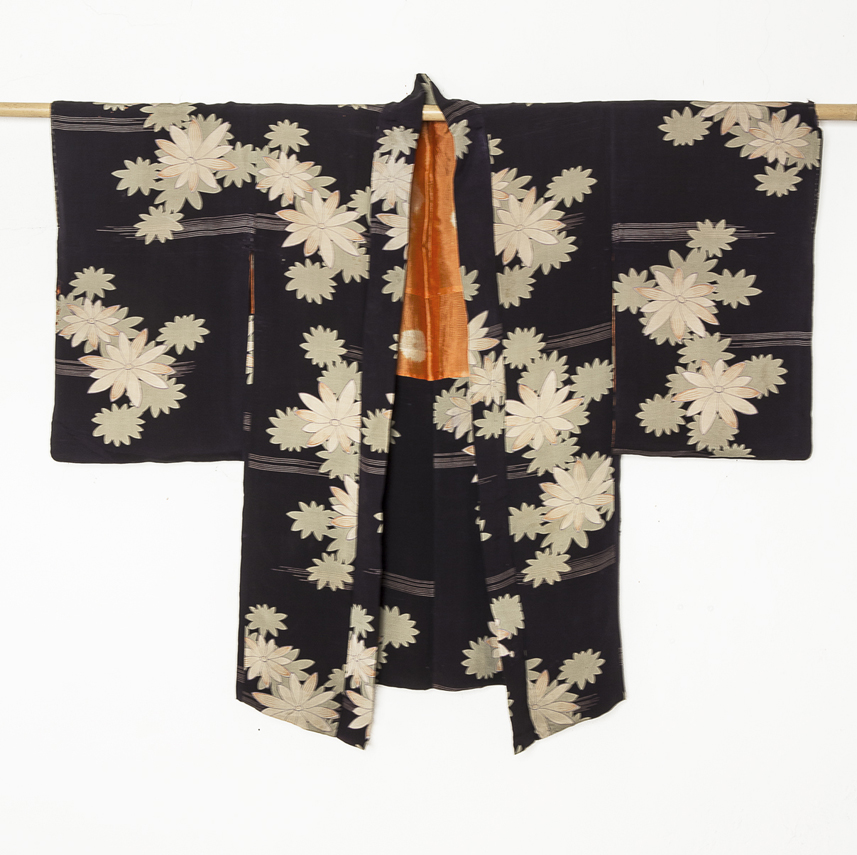 Mantero explained the value of the Avantgard archives, founded in 1975 in Como by Fabrizio Navarra, who was among the first to use digital technology applied to traditional drawings.

The archive comprises around 270,000 digital drawings, 50,000 printed fabrics, 5,000 photographic books and 3,000 drawings, to name a few. “This is an exceptional starting point for any designer or fashion house,” enthused Mantero.

He declined to reveal the amount invested in the expansion of the archives. In 2019, the most recent figures available, the company generated revenues of 97 million euros, up 10 percent compared to 2018.