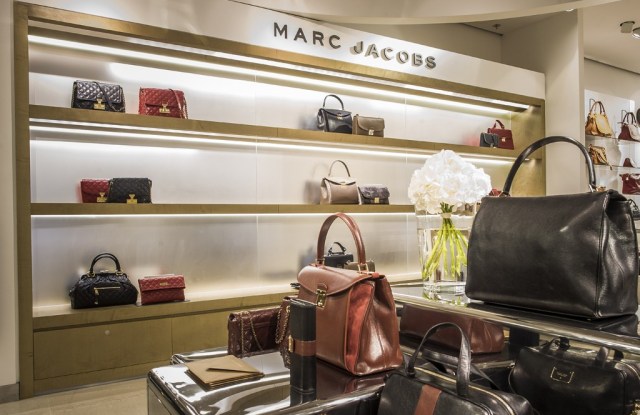 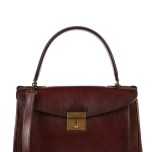 Marc Jacobs has a new accessories in-store shop in Galeries Lafayette Berlin, located in the city’s eastern neighborhood of Mitte. The dedicated space featuring Marc Jacobs and Marc by Marc Jacobs handbags and more is nestled in the store’s newly updated ground floor luxury area, with neighbors including Chloé and Gucci.

While Marc Jacobs has a strong presence in Germany, “Berlin’s kind of its own market, especially for luxury, so maybe a bit more challenging, to be honest,” explained the brand’s senior account executive Caroline Morrison, who was on hand for the Oct. 17 launch. “But I think it’s great to have this visibility and this window in Galeries Lafayette, which is a historical partner for us, so it’s very positive.”

Morrison said the brand’s ready-to-wear remains down the street in Departmentstore Quartier 206, but Marc Jacobs accessories will now be found exclusively at Galeries Lafayette and at Kaufhaus des Westens across town in the city’s western region, home to a more localized luxury consumer. KaDeWe also sells the rtw.

Morrison pointed to a couple of models she thinks will hit the spot both with stylish Berliners and the international tourists who flood the Mitte shopping stretch.

“The bag I can really see here is the Metropolitan, which is a very sophisticated bag, very chic. But it’s quite easy to wear, and basic,” she said. “And then for a bit more fun, we do some patchwork pythons that kind of have a really vintage feel, that are really rich.”