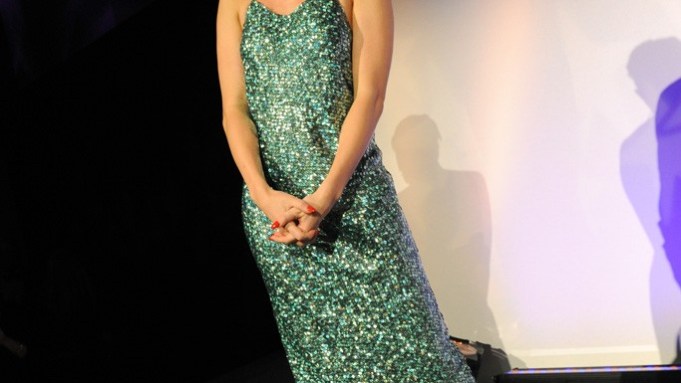 Respect. As in R-E-S-P-E-C-T. It was Aretha Franklin’s song of choice for honorees Marc Jacobs and Robert Duffy at Tuesday’s Fashion Group International Night of Stars gala at Cipriani Wall Street in New York. It also became the underlying theme of the evening.

While introducing award recipient Lew Frankfort of Coach, Mayor Michael Bloomberg unveiled that the Culture Shed at the upcoming Hudson Yards project “will soon be the home of fashion week.” Frankfort followed by revealing that Coach made a $15 million donation to the center.

Elsewhere, everyone worth their salt in fashion came out to show their support for friends and family in the business, and almost everyone was talking about one thing: How will Miley Cyrus, presenting the Superstar Award to Jacobs and Duffy, top her now-infamous MTV Video Music Awards performance?

“I don’t know,” Duffy shrugged at the beginning of the evening. “She texted me and said she was wearing Marc Jacobs makeup, and I don’t know what that means. Maybe she is just wearing makeup.”

Jacobs was full of praise for his two star guests. “They are both great women with amazing strength and courage and ambition and talent. Great women are great women, you gotta love them for that.”

Franklin had plans of her own for Cyrus. “I am going to twerk with her,” she offered.

She didn’t get the chance, because Cyrus was relatively demure in a sequinned number from Jacobs’ fall collection.

“I don’t think this is the night to outdo anything,” she said. “It’s a night about Robert and Marc.”

She has known the duo since she was 16. “Robert used to have me come and hang out with them before I even got involved with fashion,” she said. “They are a really good team. It’s important to have these kind of people around, who are as involved and successful in what they do.”

Asked if she was nervous about what she should wear for a room filled with so many fashion designers (among them honorees Angela Missoni, Christopher Kane and Alexander Wang), the singer didn’t miss a beat. “Of course not, I am here with Marc. He dressed me.”

The award for the most humble and amusing star of the night should have gone to Kate Upton. While presenting Carine Roitfeld with a trophy, she thanked her for being “the first editor to put me on the cover actually wearing clothing. What an honor to wear clothes. Who would have known that’s actually a luxury?”

Roitfeld for her part contributed one of the more awkward moments of the evening, rushing to the mic after being cut off by music to sing “Happy Birthday, Mr. President,” Monroe-style, for Stephen Gan.

“Goodness, how do I follow that,” sighed Hamish Bowles before presenting Wang, who retorted, “I think you’re underestimating your talents. No one else can be you in karaoke, with that special rendition of Elton John’s ‘Lion King.’”

The crowd, including Phillip Lim, Doutzen Kroes, Karlie Kloss, Joan Smalls and Proenza Schouler’s Jack McCollough and Lazaro Hernandez, enjoyed the moment. Brevity is the soul of wit, a memo several presenters and honorees didn’t get. In the end, it was up to Cyrus to deliver the night’s wisest speech. “Robert and Marc.…I know they want out of here, so I am going to wrap it up. There are no ashtrays on this table, so Marc, I am sorry. I am trying to be quick.”