The redesigned site is scheduled to go live Saturday. 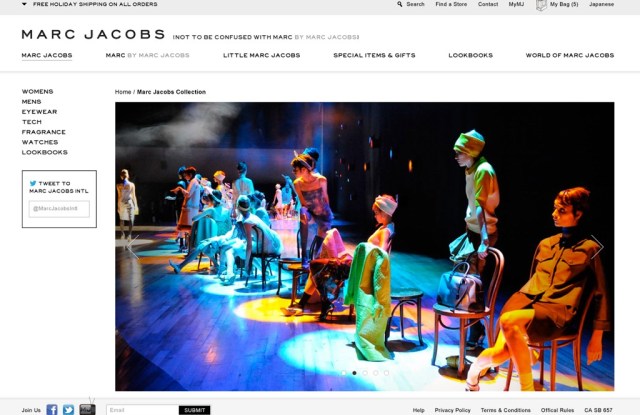 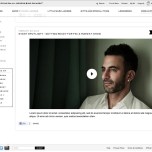 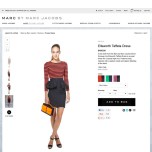 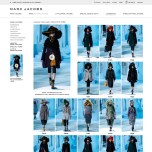 NEW YORK — Ever since its launch in November 2000, marcjacobs.com has offered playful insights into the designer’s world, with runway shows, holiday parties, staff and friends of the house being major attractions. The site only added e-commerce in 2010, but now, as online shopping becomes the norm, the designer’s online presence is due for a major makeover.

On Saturday, Marc Jacobs International will unveil a redesigned site with several new elements, which aim to ease the path to purchase the designer’s various collections, integrate social media in an all-encompassing way and make a definite statement for the brand’s online growth strategy.

“I found that even though we have stores all over the world now, there were still people who wanted access to our product,” MJI president Robert Duffy said. “We are now adding Canada. We will try to add Europe in 2013, and, in 2014, China, Brazil and Japan. There are a lot of people out there who don’t have access to a store. That’s who we’re trying to reach.”

When the site first launched, it “was more like a blog,” Duffy recalled. “We had no e-commerce. It was about us and people in the company, and it just evolved.”

The e-commerce addition initially focused on Marc by Marc Jacobs product, though the company peppered in Collection items like handbags and sunglasses.

“Eventually, talking to the people I work with, I started saying that we needed to differentiate more between Collection and Marc by Marc,” Duffy said. “So I needed a site that was a little bit more sophisticated, especially as we started adding more Collection pieces. I also wanted to maintain the image of the company as a friendly place, even with an e-commerce part to it.”

The company worked with Createthe Group on the update. Visually, the revamp features larger product images for a stronger impact. The site now also allows visitors to comment on and review products, “like” and share items by logging in through Twitter and Facebook, and create MyMJ wish lists they can share.

Marc Jacobs is also launching its first Tweetbox widget, which lets people tweet without leaving the site. In addition, the World of Marc Jacobs feature has archival look books, past runway shows and interviews, as well as staff styling features.

The company is launching its first, separate mobile platform to improve the shopping experience. It now integrates PayPal as a payment option.

While Duffy declined to disclose the site’s sales or projections, he said he expects it to become the largest retail channel once more countries are added for e-commerce.

As for future things he hopes to incorporate into the site, Duffy laughed. “It evolves so fast,” he said, “I can barely keep up.”