The company has tapped the veteran furniture designer to craft three pieces for its forthcoming Avenue Montaigne flagship. 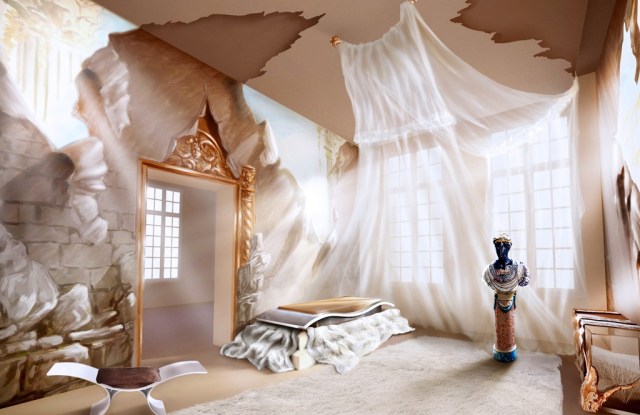 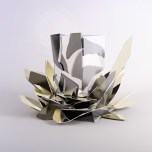 PARIS — Extending its ties to the interiors domain, Fendi has tapped veteran furniture designer Maria Pergay to craft three pieces for its forthcoming Avenue Montaigne flagship here, and will re-introduce five of her iconic designs for its Fendi Casa home furnishings line.

The limited-edition items will kick off a series of Fendi Casa Icons capsule collections, and signals closer links between the Roman fashion house and one of its largest licensed categories.

He hinted that future Fendi flagships would also incorporate one-of-a-kind furnishings and objects by talents from the design realm. The Paris flagship is to open July 3 during couture week in Paris.

Pergay’s reeditions are to be unveiled later this year, and sold in Club House Italia’s retail stores, Beccari noted.

Fendi Casa accounts for about 80 percent of Club House’s sales, which totaled 72 million euros, or $94 million, in 2012.

Silvia Venturini Fendi, the brand’s creative director of accessories and men’s wear, said Pergay echoes Fendi’s approach to design, in its combination of ancient and futuristic techniques and references.

“I like her aesthetic. She experiments a lot,” Fendi said. “She works with steel, which is a very masculine material, but she makes it feminine and sensual. So she is the perfect person to represent our aesthetic.”

Pergay rose to fame in the Seventies with designs such as her steel ring chairs.

Fendi and Pergay will also collaborate on two rooms at the 2013 edition of Intérieurs, an annual design exhibition mounted by the French edition of Architectural Digest.

Condé Nast France chief Xavier Romatet hosted a press conference here Thursday to give a preview of the event, slated for Sept. 7 to 22 and themed “Metamorphisis,” with Fendi as an official partner. Other participating designers in the showcase at the L’Enclos des Bernardins include Christian Biecher, Vincent Darré and Pierre Yovanovitch.