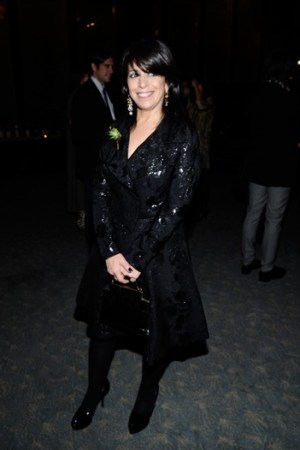 “As a result of increasing economic challenges and soft buying trends at the top end of the apparel market, it has become apparent that we cannot sustain the business,” said Pinto. “[We] have made the decision to close the company’s design, wholesale and retail operations.”

Pinto also referenced a comeback, stating, “I am confident that the Maria Pinto name will not go away, but will merely take a break before emerging in a new form.”

The news came as a surprise to many, given that Pinto’s star appeared to still be rising. Just last year, Pinto was inducted into the Council of Fashion Designers of America, showed her spring 2010 collection during New York Fashion Week and joined the likes of Anna Sui and Nicole Miller as the recipient of the School of the Art Institute of Chicago’s Legend of Fashion award.

Pinto’s decision took some of her accounts off guard, including Takashimaya, where store manager John Liguori said her dresses and wraps continued to sell well at the Fifth Avenue boutique. “We’ve loved having her things here. They’re beautiful,” he said.

Although Pinto would not discuss the reasons behind her decision, local retail analyst Keven Wilder, president of Wilder Inc., wondered if her wholesale segment brought down the business. “If some of the boutiques she was selling to weren’t paying their bills, there’s only so long you can exist. I suspect that’s what happened,” said Wilder, also questioning whether Pinto was able to adjust her prices downward as some other designers have done.

“The economy is just very difficult,” Wilder said, “but I would have thought with the p.r. surrounding Obama that would have carried [Pinto] through.”

Ikram Goldman, owner of the high-end specialty store Ikram here, said she had yet to speak to Pinto about what happened. “I wish her the best of luck. She’s an amazing lady,” said Goldman, who is also considered Obama’s unofficial stylist. “I can’t speak for other retailers on why they’re closing or staying open. I am grateful every day to have my store.”

Pinto, an SAIC graduate, launched her line in 1991 with her women’s accessories making their debut at Bergdorf Goodman. She later expanded into eveningwear, but declared bankruptcy in 2002 due to health issues, employee embezzlement and economic factors after 9/11.

Pinto relaunched her business in 2004, meeting Obama soon afterward. Pinto dressed her for several important occasions prior to her husband’s presidential bid. She wore Pinto’s clothing on the day Barack Obama launched his presidential campaign, on numerous stops during the campaign and on the night she famously knuckle-bumped him wearing a purple Pinto silk sheath and Azzedine Alaïa belt as he claimed the Democratic nomination. However, after her husband won the election, Obama expanded her repertoire and favored designs from younger talent such as Jason Wu as well as the work of veterans such as Isabel Toledo, Narciso Rodriguez, Francisco Costa for Calvin Klein and Michael Kors.

After relaunching her business, Pinto introduced ready-to-wear and added Saks Fifth Avenue, Barneys New York and Takashimaya as accounts. In 2008, she opened her Chicago boutique, where prices ranged from $300 for simple silk tops to $1,200 to $5,000 for evening gowns.

It’s been a rough time for high-end shopping, with fewer galas and formal events and customers cutting back on their expensive purchases. In addition to Ultimo shutting its doors, other high-end boutiques that have pulled the plug include Georgina in Manhasset and Hewlett, N.Y.; Linda Dresner in Manhattan; Tracey Ross in Los Angeles, and Harriet Kassman in Washington.