The designer has joined Zeus + Dione as creative director.

In a move sure to catapult its international notoriety, upscale Greek fashion brand Zeus + Dione has hired Marios Schwab as its new creative director, WWD has learned.

He is to unveil his first collection for the Athens-based firm in September at showrooms in London and Paris, for the spring-summer 2021 season.

It marks a return to the limelight for Schwab, an acclaimed and buzzy talent who quietly dropped off the London Fashion Week calendar in 2015, and put his signature brand on pause to pursue other projects.

“He is half Greek, and I like this aspect,” said owner Dimitra Kolotoura, who cofounded Zeus + Dione in 2012 in order to exalt an array of Greek craft skills and classical design through modern clothing and accessories.

She said Schwab’s “meticulous cutting” and minimalist bent would give the brand currency and verve. His first effort is already well advanced and “the outcome is fascinating.” 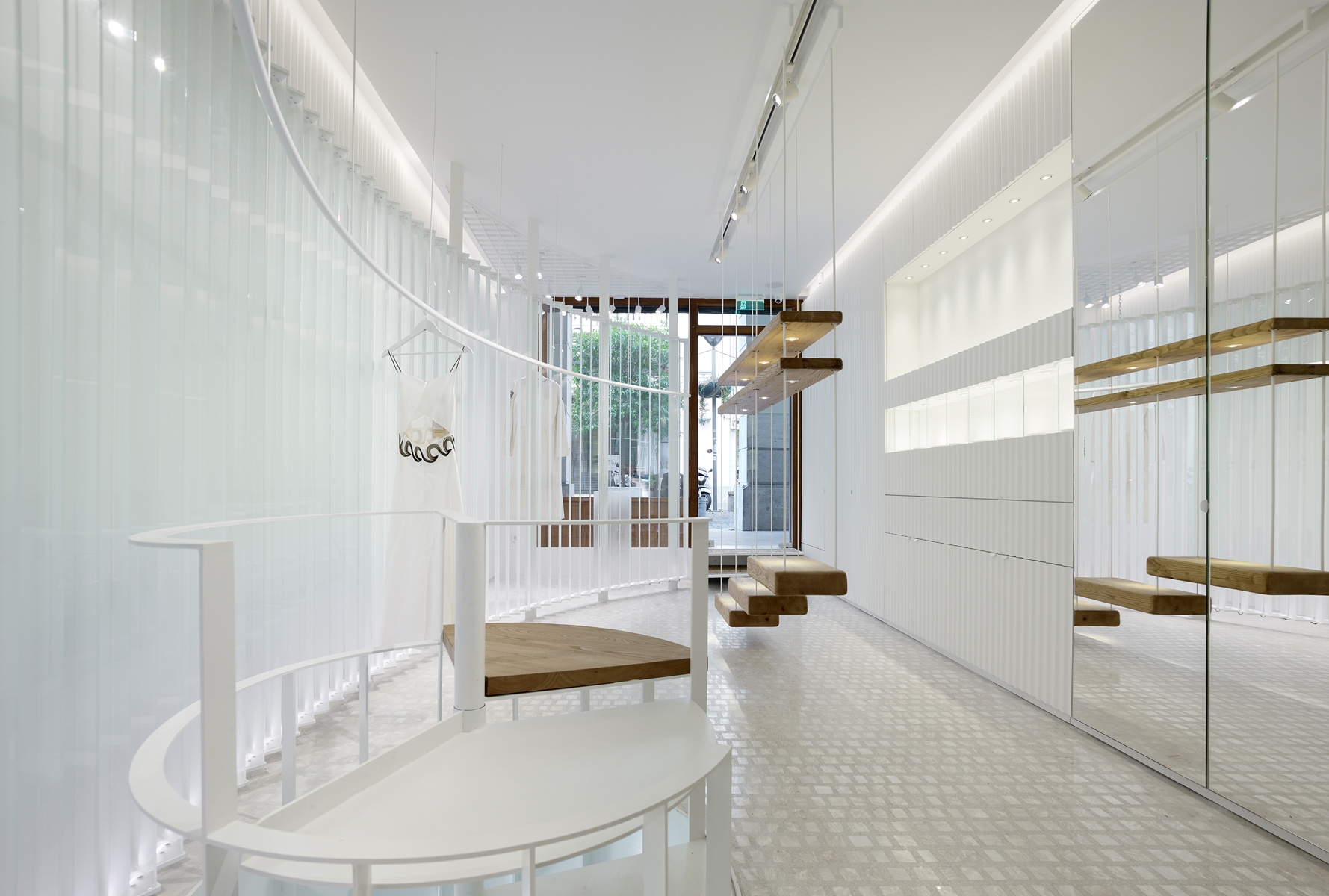 Half-Austrian and half-Greek, Schwab studied at Central Saint Martins College of Art and Design in London, and launched his own label in 2005. He started showing his line during London Fashion Week in 2006. He was creative director of Halston between 2009 and 2011.

In recent years, Schwab has done consulting work for other brands and designed On the Island, a beach and swimwear collection sold at such retailers as Neiman Marcus and Matchesfashion. He has also done some teaching at the University of the Arts in the U.K.

In an interview on Thursday, Schwab said he has long been inspired by the rich costume history of Greece, which absorbed so many influences over Byzantine and Ottoman periods, as well as its ancient architecture. He etches such influences in subtle ways, always seeking to flatter the body via cuts, tailoring and draping.

Collaborating with young Greek artists is something he’d like to do in the future. 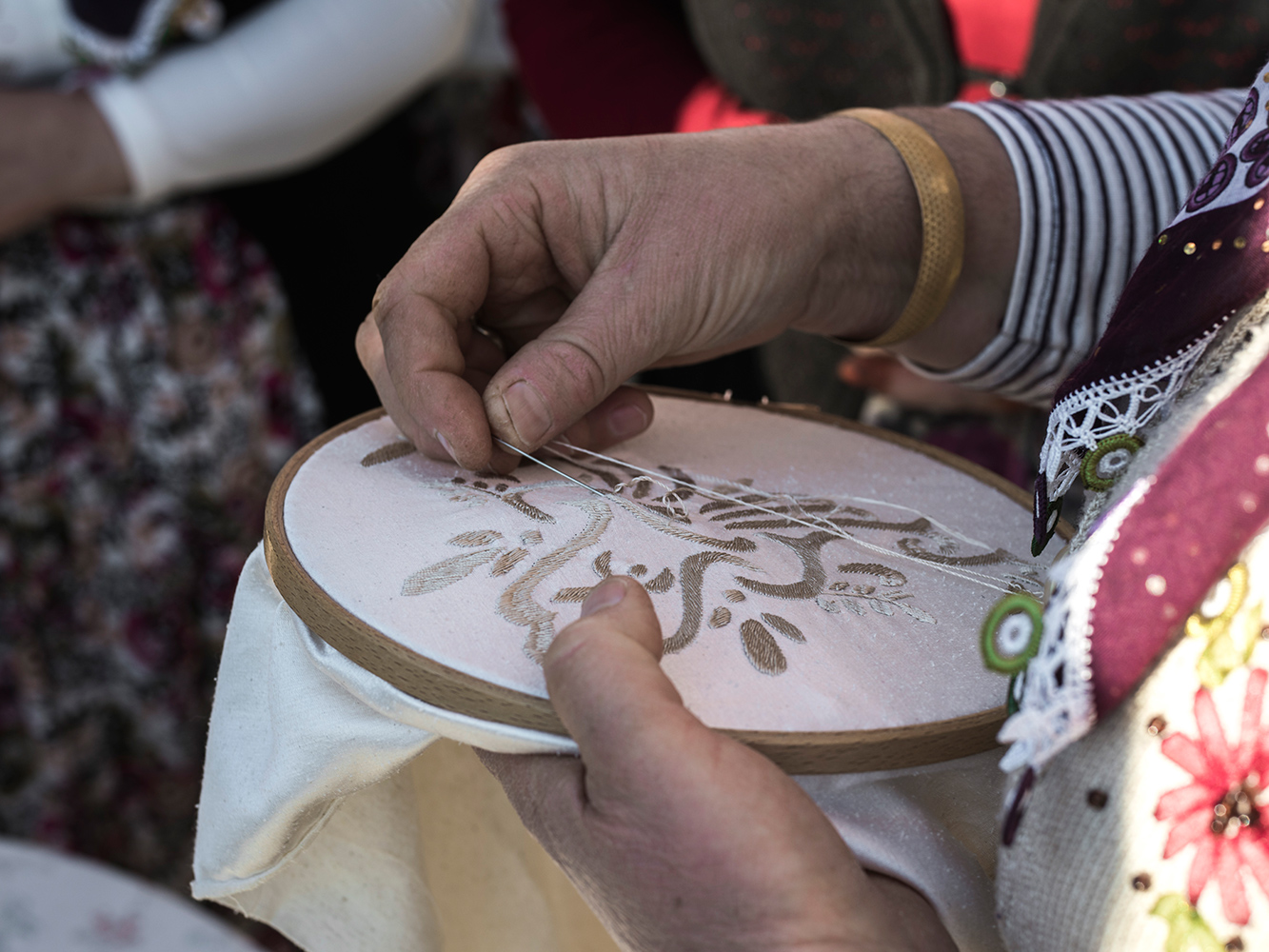 Kolotoura, who used to run a communications agency in London specializing in the travel industry, said she has been following Schwab’s career for years and “I used to purchase quite a few of his beautiful dresses.”

Schwab’s first collection for Zeus + Dione will arrive in stores during a big year for Greece, which is marking 200 years of independence in 2021. “It’s an opportunity to showcase our story, our history,” Kolotoura enthused.

Kolotoura founded the brand with Mareva Grabowski-Mitsotakis, an investment banker. Their idea was to make use of Greek craft skills – weavers, embroiderers and the like – at a time of economic crisis.

Zeus + Dione has a flagship in Athens, a small boutique at the Grand Bretagne hotel, and two shops in the Athens airport. Kolotoura said she’s plotting a store soon on a popular Greek island, and a Paris boutique further down the road.

The brand is mainly distributed via 75 wholesale accounts, including Le Bon Marché in France, La Rinascente in Italy, Harvey Nichols in Riyadh, H. Lorenzo in the U.S., Kastner & Öhler in Austria, and the e-tailers Net-a-porter and Matchesfashion.com. 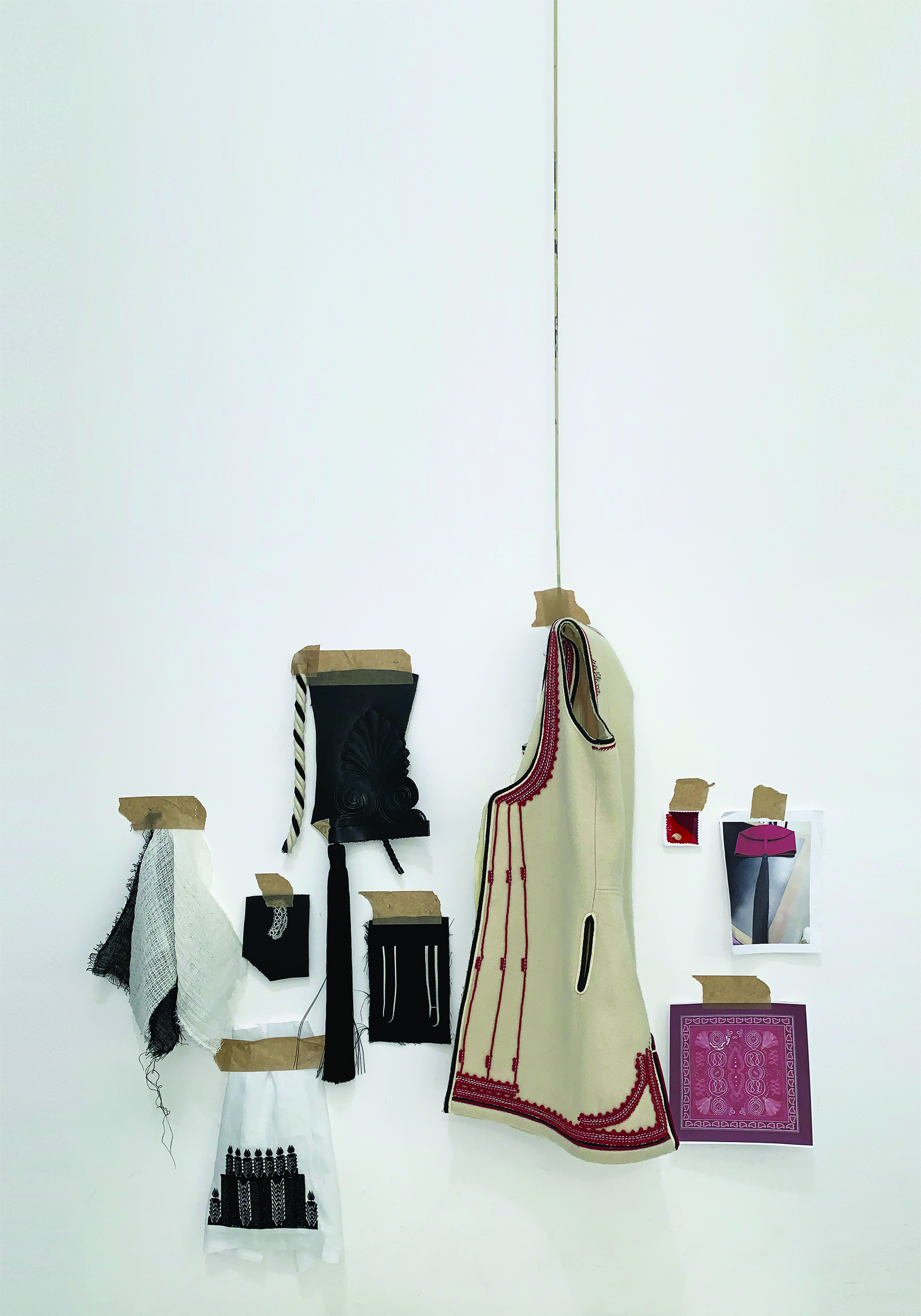 Part of Marios Schwab’s mood board for the spring collection.  Courtesy Photo

The business is currently concentrated in Europe, with the Middle East growing rapidly and Asia and the U.S. considered future growth paths.

Kolotoura said tops — mainly shirts and blouses — is the top-selling category for the lifestyle brand, which spans footwear and even some home wares.

All products are manufactured in Greece, with most textiles also produced domestically. Silks are made exclusively for the brand in Soufli, shirts are embroidered in Argos and Metsovo, while dresses and skirts are knitted in the Cyclades and Attica.

“My clients, they treasure their clothes. They see how precious they are,” she said. “They are charged with emotion. I know who made my shirt, and I know that the buttons come from a goldsmith in Athens.”

Kolotoura said she took Schwab to visit most production sites to get a feel for Greece’s capabilities and the traditional patterns and intricate handwoven motifs at his disposal.

Lydia Vousvouni, who led the design effort at Zeus + Dione in recent years, is to remain at the brand, working under Schwab’s direction, she noted.