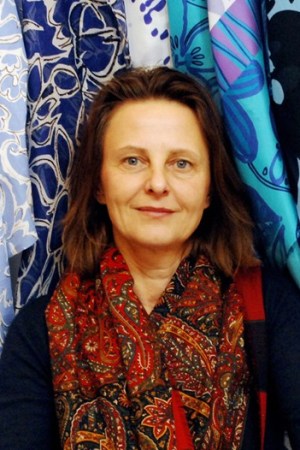 Under the terms of the deal, which should be approved by yearend, Marzotto and Faber Five Srl, controlled by Favrin, will buy 66.7 percent of Ratti for 20.8 million euros, or $30.6 million at current exchange rates. Current chairman and chief executive officer Donatella Ratti, daughter of founder Antonio Ratti, is expected to retain between 16.5 and 23 percent of the shares and her position as chairman. A capital increase of 25 million euros, or $36.8 million, and a 30 million euro, or $44.1 million, restructuring plan are expected to take place under the new owners. The capital increase should be effective within the first quarter of 2010.

“I am very happy because these are competent professionals from the textile industry who believe in this project,” said Donatella Ratti. “They have proven they know how to enhance and add value to their acquisitions, and they have an outside, modern point of view that will help give continuity to the company with a more managerial structure and lead Ratti into the future.”

Marzotto bought the Valentino business from the now-defunct Holding di Partecipazioni Industriali SpA in 2002. Favrin, a veteran Marzotto executive whose investment company, Canova Partecipazioni Srl, controlled almost 20 percent of VFG, teamed up with Caryle Group in 2007 to attempt a rival takeover bid for Valentino, but ultimately lost to Permira.

Ratti, founded in 1945 and based in Guanzate, near Como, Italy, works with designer brands such as Prada, Dolce & Gabbana, Louis Vuitton, Ralph Lauren and Chanel, and is listed on the Milan Stock Exchange. The company employs 530 people. Ratti has been weighed down by debt and management issues, in addition to increasing competition from low-cost countries.

“Our market has been hard hit by incredibly fast changes over the past 10 years,” said Ratti. According to Ratti, future synergies and common strategies are likely to emerge with Marzotto, which does not have a printing plant, for example. Marzotto’s chief executive officer, Sergio Tamburini, is expected to be appointed ceo of Ratti.