Matthew Williamson is bringing his color-drenched aesthetic to the men’s wear arena. 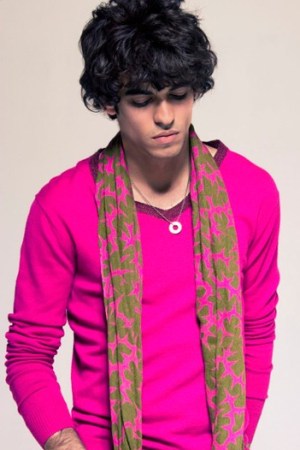 Matthew Williamson is bringing his color-drenched aesthetic to the men’s wear arena.

February will see the debut at retail of Williamson’s first men’s capsule collection, featuring items such as cashmere sweaters in vivid green, electric blue and deep pink; silver gray cotton silk T-shirts with an embellished beetle motif and silk and wool scarves adorned with star and paisley prints. “I’d wanted to do men’s wear for a long time,” said Williamson, adding that if the initial spring collection is well received, he’ll expand the line into “suits, shirts and jackets.”

Earlier this year, Williamson tested the men’s wear waters when he produced a few men’s looks as part of the collection he designed for H&M, a project he described as “kind of a starting point” for his own men’s collection. Prices for Williamson’s men’s line start at 195 pounds, or $310 at current exchange, for a printed wool scarf and run up to 450 pounds, or $717, for a printed cashmere sweater. The collection will be sold at Williamson’s stores in London, New York and Dubai and at the label’s online store beginning next month, and also will be carried at Harrods’ designer men’s wear department in London.

Williamson said he sees the collection as “luxury, everyday pieces.” And while the designer said he’s approached the collection in the same way as he would women’s wear, he appreciated being able to road test the looks. “It’s a nice change, from a design point of view, that I can put the garments on myself and work on a product that’s appropriate for me,” said Williamson.

The 10 Best Fragrance Gift Sets for the 2020 Holiday Season