Chairman Luigi Maramotti discusses the present and future of his company while in Tokyo on Tuesday where the brand staged a runway show. 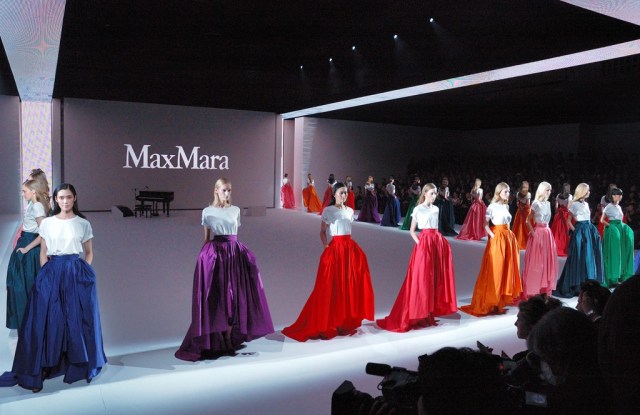 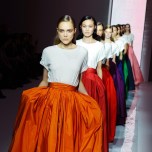 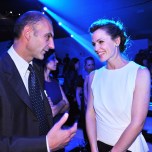 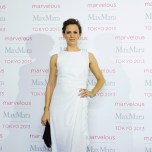 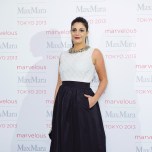 The Italian brand, known for its well-crafted coats and conservative approach to business, has had sales of about 1.2 billion euros, or $1.57 billion at average exchange, for more than a decade. And that’s just fine with Luigi Maramotti, chairman of the family-owned company.

As a privately held company, Max Mara is not under pressure to meet growth targets and has the “luxury” to operate as it pleases, he said.

“I don’t necessarily think that a very accelerated and large expansion strategy is the only possible recipe for a brand to survive in the long run….You can always step on the accelerator but there will be a price to pay in some way,” he said, noting that market dynamics can change suddenly.

Maramotti declined to break down sales by geographic market but said the company’s business is fairly evenly balanced. Max Mara expects to register “light growth in the single digits” this year on top of 2012’s sales of 1.2 billion euros, as swift sales in Japan and China compensate for the more sluggish markets of Europe, the U.S. and the Middle East, Maramotti said.

The Reggio Emilia-based company operates several other brands in addition to its namesake one, including Sportmax and Max & Co.

The 56-year-old Maramotti said the family plans to keep its company private for the foreseeable future as long as he is in charge. While some in the fashion industry might question how deftly Max Mara can compete with multibrand luxury titans like LVMH Moët Hennessy Louis Vuitton and Kering, Maramotti was quick to shoot down that idea.

“There is no such thing as one definitive model. It’s about the execution of a model,” he said. “I think it’s a bit reductive to say that [the multibrand model] is the only model positive to survive.”

In keeping with its cautious approach to business strategy, Max Mara is eyeing China carefully. Maramotti said Max Mara, like many other luxury goods players, is seeing sales momentum slow in the country but it is still seeing double-digit growth there. Still, Max Mara will focus on growing its business through its existing network of 300 sales points in Greater China rather than open many more stores, he said.

It’s still unclear whether the shopping mall and real estate boom is really proportional to rising levels of luxury goods consumption, he said.

“Probably there will be a few adjustments….[China] needs to be given space to mature,” he concluded.

Max Mara is growing its business by expanding its product range beyond its core competencies of outerwear and apparel. As reported earlier this year, the company is investing in the handbag category. Maramotti said accessories account for about 12 percent of sales and that contribution is growing.

The executive said Max Mara has already sold out 70 percent of its fall run of the top handle JBag, named for actress Jennifer Garner, who features in the bag’s advertising campaign.

“In many markets, the product of our advertising campaign is unfortunately sold out,” he said.

Garner, elegantly clad in a white dress, sat in the front row at the runway show that Max Mara staged Tuesday evening in this city’s storied sumo arena. After the show, Paloma Faith belted out a short set to the audience of about 1,000 people.

The show recapped Max Mara’s spring and resort collections and featured a few eveningwear looks from the brand’s Elegante line. A rainbow of voluminous ball skirts and white T-shirts closed the show.

Garner, who is gearing up for this weekend’s opening of “Dallas Buyers Club,” did some interviews earlier in the day before heading to a couple stores, including Isetan, for some retail therapy.

“We did a little work today and then we got to run around a little so it’s been really nice,” she said.

Max Mara rarely makes headlines for large-scale events. But Maramotti said it was important for the company to pay tribute to its loyal customer base in Japan and honor the 25th anniversary of the founding of its Japanese subsidiary. Max Mara, which recently revamped its Ginza flagship, is upbeat on the Japanese market and expects to post double-digit sales growth in the country this year, outpacing the company’s growth on a global level, he said.

“We seem to be seeing a very interesting trend now and we hope that it continues,” Maramotti said at the Grand Hyatt hotel several hours before the show. The executive said the Japanese market is performing “much more positively” than a few years ago, citing consumers’ willingness to spend on investment pieces as the country’s economy rebounds.

“You can see the results and there is a stronger sprint in sales [in Japan],” he said of the market, where the company has 149 stores.