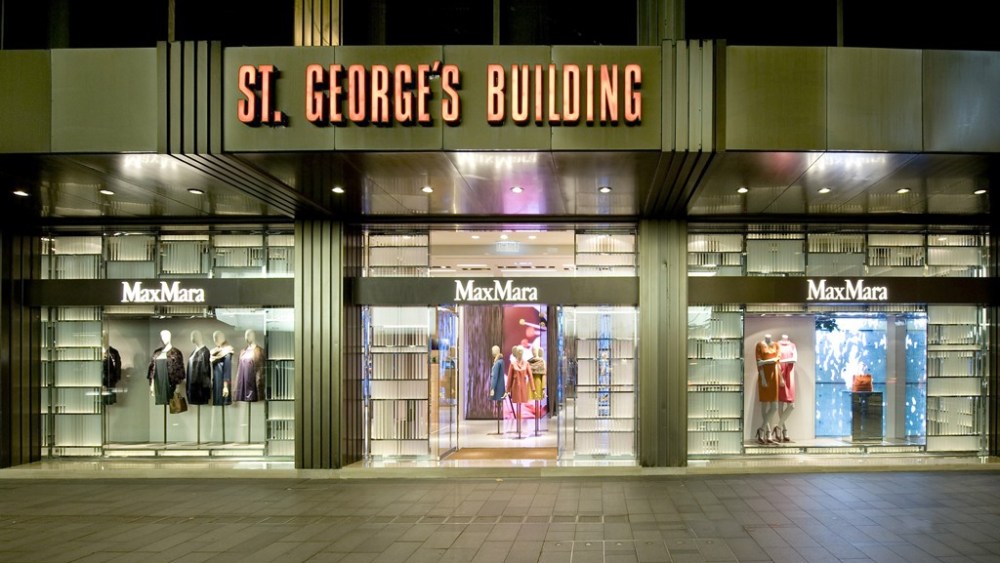 MILAN — Max Mara Group, which has been present in Greater China for more than 30 years, is stepping up its retail expansion in the region to ensure it remains one of the leaders of the pack.

The first step is the opening today of a new flagship in Hong Kong, marked by a major fashion show event.

In its typically understated way, Max Mara has grown to more than 300 stores in China, a country it entered in 1988. This is even more surprising for a women’s wear group in an area where sales were for so long driven by men.

“We have seen an average of 30 percent growth per year in a market that is greatly relevant for us,” said chairman Luigi Maramotti in an exclusive interview.

Along with Russia, China is the company’s fastest-growing market, he said. Exports account for 58 percent of group sales. Founded in 1951 by Luigi’s father, Achille Maramotti, a pioneer in developing ready-to-wear, the Italian clothing firm had sales in 2011 of 1.26 billion euros, or $1.63 billion at average exchange; more than 2,330 stores in 150 countries, and 5,248 employees.

The group’s stores — carrying brands Max Mara, Weekend by Max Mara, Sportmax, Max & Co., Marella, Pennyblack, Marina Rinaldi and iBlues — include 238 units in China, 36 in Hong Kong, 42 in Taiwan and five in Macau. At the end of 2012, Max Mara expects to reach 320 units in Greater China.

The concept behind the store is to engage customers in a sensory experience, creating an oasis set against the frantic pace of the city. Customers can catch soothing, nature-themed images on LED screens through a forest of cane stick panels, while natural essences waft through the space.

Designed by Max Mara’s longtime go-to studio Duccio Grassi Architects, the design aims to create a “tactile and visually sophisticated environment,” said Maramotti, noting the company’s goal is not to simply devise a decor but “to set a challenge and transfer principles of design from the dresses to the stores.”

He explained that in designing the Hong Kong store, there was a “wish to create a small paradox.” He described Hong Kong as bustling, intense, cosmopolitan and fast-paced. “We believe in values that can create a balance in this endless rush, values that are more intimate and meditative,” he said.

For this reason, the goal is to contrast the “uncontrollable speed of the city” with the interiors. “We like the idea of the store as a space to tell a story, where there is a human component, filtered and relaxed, averted from traffic and noise,” said Maramotti. “We all are looking for stories. There is a lot of written and visual information in this society, but we have moved away from the oral tradition, and there are less and less storytellers. But relations are what people are interested in. Here, there is a natural discovery of a tale.”

Inside the windows, there is a second layer of steel, glass and moving light that frames the entrance and the windows.

The uneven design of this layer allows the interior to be seen from outside, letting the natural sunlight filter through.

To mark the opening, the Hong Kong flagship will carry a luxury edition of the Max Mara Margaux handbag, spun in crocodile, python and ostrich leather. The latter will also be presented in a special, limited-edition version in fuchsia. “Chinese shoppers are very sensitive to hides and colors in particular, they like fuchsia and vivacious hues, which are in line with their visual and artistic tradition,” explained Maramotti.

A special cashmere coat in black with shearling cuffs and fuchsia lining will also be available only at the Hong Kong flagship, as well as exclusive one-off looks from Max Mara for fall and from Max Mara Atelier — the company’s special project focused on coats — including an exclusive reedition of the most significant pieces from past seasons. “There is a lot of interest in one-off pieces in China, they add immense value to the story, and make it more special,” said Maramotti.

Following the ribbon-cutting ceremony, an event will be held at the city’s famed Shaw Studios, with a runway show defined by the company as a “Fantastic Journey,” a virtual holographic and multimedia presentation, yet with real models, too, and a mix of fashion, art and technology inspired by the theme of luxury travel. Milan’s fall show will be replicated, and the Max Mara Atelier collection of coats will be showcased in Hong Kong for the first time, as well as unique Max Mara Elegante evening pieces especially designed for this occasion.

“We opted for the studios because we didn’t want a traditional show, but an event built as a tale,” said Maramotti, referencing the famed Cinecittà sets and director Federico Fellini. “What better storyteller than Fellini?” he queried.

Recent Max Mara openings in China include a two-story, 3,240-square-foot flagship in Beijing’s luxury Season’s Place mall and flagships in Chengdu and Hangzhou. Sportmax boutiques opened in Shanghai and Beijing, while a Max & Co. flagship was unveiled in Hong Kong at the IFC mall. New stores planned include: a 6,480-square-foot flagship in Chengdu, one in Jinan and one in Shanghai that will cover four stories; a Max & Co. flagship in Shanghai at the Kerry Centre, a new mall that is under construction and that will house the first Abercrombie & Fitch in China, and a Sportmax flagship in Shanghai at the IAPM, which is being built on the Huaihai Lu, aimed at becoming the most trendsetting mall in the city. From “a white canvas,” as there is “no urban memory” and historical city centers as in Europe, the Chinese have created luxury shopping locations, said Maramotti. “There are many opportunities in real estate, impressive shopping centers, more and more elaborate and striking as they require ever new unique and awe-inspiring combinations,” he noted.

In China, he continued, people are not only aiming at luxury spending but also at a corresponding lifestyle. Western models have been adopted with great conviction by consumers in China, but at an accelerated pace. “They have it in them to travel and move, and their desire to replicate models and references is amplified,” he said.

Maramotti said Chinese customers shop for not only Max Mara but Sportmax and, more recently, the Weekend brand. “Max & Co. is our second, most developed brand in China,” he added. “Weekend used to be a collection available at the Max Mara stores, but it is now carried in dedicated units and growing significantly.”

Maramotti conceded there is “some production” in China at a group level, while the family has heavily invested in know-how and craftsmanship in Italy, where it has founded fashion and training school Fondazione Giulia Maramotti. “Quality does not come from the location but from investments in quality,” he said.

After the event, Maramotti will be traveling to Manchuria, eager to see how that region is developing. “It’s not only about the speed, but about each city’s capacity to personalize its development,” he said. “It’s not surprising that so many young people choose to go to China, because it is dynamic and contemporary, as projects become real — and fast. [In Italy], there are a lot of discussions that lead to nothing. Action is an extraordinary magnet for young people. And there is confrontation. That’s why I’m very interested, there is a stimulus wherever there is energy,” said Maramotti.

He downplayed the first signs of China’s slowdown, underscoring the difficulties in evaluating the country’s mechanisms and legislations. “Over the past 15 years, China’s growth has been bigger than expected and plenty of erroneous forecasts were made. It’s been a breathless gallop,” said Maramotti.

China’s development is based on the economic model of the West and its extreme consumerism, he said. “In the West, this model is faltering and by looking at China it’s as if we were looking at ourselves in the mirror, and we don’t like the image that is reflected back,” said Maramotti. “The thing is that they act quickly and we are perplexed when we look at them. Extreme capitalism is not only in China but in the entire Western world, and it’s not a different world.”