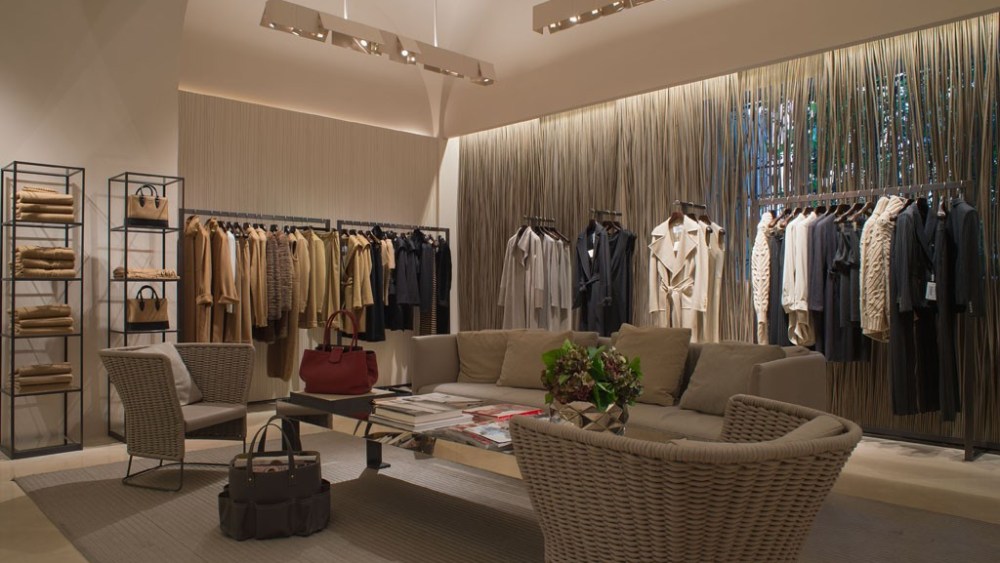 ROME — Locations are increasingly paramount for fashion companies in this crowded and uncertain market as brands heavily invest in planting their flags on prime spots around the world.

Max Mara has an enviable advantage in its newly renovated boutique in Rome’s Via Condotti, a few minutes away from the Spanish Steps, and located in the 17th century Palazzo Torlonia, once owned by Napoleon’s family and now still a residence of some members of the Torlonias, cousins of the Spanish royal family. The Torlonia coat of arms decorates a vault in the flagship, which was unveiled Thursday with a cocktail event and a dinner at the palazzo to be attended by actresses Cody Horn, Katy Saunders, jewelry designer Lucia Odescalchi and Princess Mafalda von Hessen, among others.

“There is a symbolic value of history, and it’s incredible to be in the heart of the city and in the heart of the palazzo in a city such as Rome, which is not only Italian, but represents universal values that do not exist anywhere else in the world. Rome belongs to the world, to everyone,” said Max Mara chairman Luigi Maramotti, sitting on a sofa in one of the living roomlike areas that pepper the boutique, the sunny Roman sky filtering through a window adorned with strings of wicker.

“Yes, there is a return to symbolic values of nature,” he added, when asked about the cane sticks and the diverse kinds of wood that cover many of the walls. The color palette also revolves around earthy tones.

Tracing a parallel between the universal nature of Rome and Max Mara in the realm of fashion, Maramotti said that the group his father, Achille Maramotti, founded in 1951 “incorporates universal, absolute values. That’s why I find the Made in Italy expression reductive. Creativity should not be pegged under one specific flag. Through our history, our focus was always on design.”

In opening the store and holding an event that included private tours of the Sistine Chapel and other Roman sites — “underlining the concept of universality” — Maramotti was undeterred by the challenging economy in Italy and in the euro zone. “The idea is to continue to invest and to go forward. It’s an essential philosophy, we must strive for progress, we must have faith and take some risks,” he said.

He observed that Rome “is clearly an attraction where certain problematic issues are less pronounced and where the crisis is balanced by the increasing number of tourists.”

Maramotti said that he has “very ambitious plans.” The goal with the store is to grow 25 percent each year for the first two years, he said.

The 8,611-square-foot store covers one floor and was conceived by the company’s long-standing collaborating studio, Duccio Grassi Architects. The unit carries the main collections under the group’s umbrella, from the Max Mara and Sportmax labels, to Weekend, ’S Max Mara and the bridal gowns. Accessories are displayed at the entrance, and the focus here is on the new tote made expressly for this venue: the Roma bag for spring, with its acetate tortoise clasp, a wink to the Baroque Turtle Fountain and the bronze turtles by Gian Lorenzo Bernini, and its precious deer leather. “It’s a tribute to the effort of creation and to the drive for uniqueness,” said Maramotti. Noteworthy also is a circular room entirely dedicated to footwear — a first for the group.

The company, which has 2,334 boutiques in 100 countries, is also looking to expand in the U.K., which Maramotti defined as “a very interesting market,” and in the U.S. A store in Melbourne, Australia, and the renovation of a unit in Tokyo are in the works. Max Mara has been stepping up its retail presence in China, where it opened a new flagship in Hong Kong in July. While a firm believer in the growth potential of e-commerce, Maramotti said he still very much believed in “the personal dimension, the relations” that are part of the “experience in a sales point, which cannot be replaced. [A store’s] storytelling is embedded in people.”