The opening of the store for the British label's younger line coincides with Alistair Carr’s appointment as head of design. 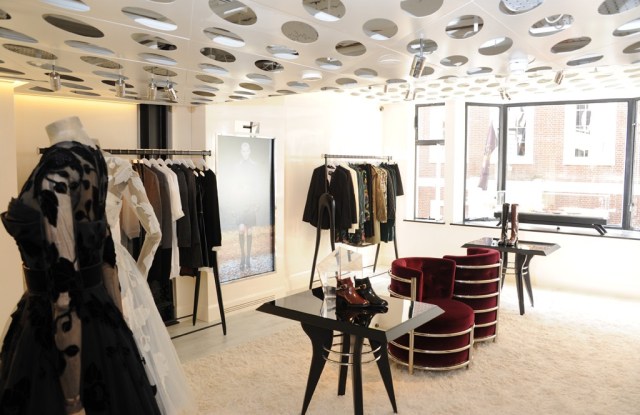 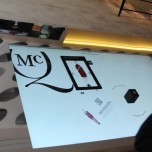 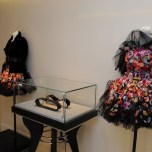 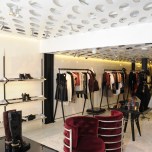 LONDON — McQ, the younger, more commercial line from Alexander McQueen, has planted a flag on Mayfair’s Dover Street with a new 3,000-square-foot store.

The three-floor space has been designed by Alexander McQueen’s creative director, Sarah Burton, in collaboration with David Collins Studio, the London-based architecture and interior-design agency.

Burton said: “We wanted to create a story and a home for McQ, and the flagship on Dover Street is an extension of this world.”

The opening of the store coincides with Alistair Carr’s appointment as head of design for McQ Alexander McQueen. Carr, who was most recently design director at Pringle of Scotland, will be responsible for McQ’s men’s, women’s and accessories collections as of pre-fall 2013. Carr reports to Burton.

He said that the label chose Dover Street because the street’s retail mix — with stores such as Dover Street Market, Acne and APC — stands between a luxury destination and the high street, attracting what Akeroyd called a “fashion connoisseur.”

Customers can also e-mail the images or capture them on a smartphone with a QR code. “We thought very hard about…how we see the customer base, as very technology savvy,” said Akeroyd. “We expect the client to be very well informed and aware of the brand, therefore their expectation of the store…is that they want to be impressed, and hopefully we’ll have impressed them.”

The store carries McQ’s full range of men’s and women’s wear, along with footwear and accessories. The store also carries a number of runway pieces that were shown at the label’s one-off show in London in February, some of which have been adapted for production and others that are displayed as show pieces.

Akeroyd noted that the store represents a “third step” in repositioning the brand since Alexander McQueen took full control of the McQ label as of the fall 2011 season. Previously, it was produced under license by the Italian firm SINV SpA.

“We’ve had the show in London in February, which was very well received, we’ve got much stronger brand imaging and advertising that Sarah does with [photographer] David Sims and this third element is to have a flagship store,” said Akeroyd. “That makes the McQ brand story much clearer.…People will see it’s more elevated as a brand.”

Next up, Akeroyd said McQ will open shops-in-shop in Selfridges and Harvey Nichols in London over the coming months, designed with the same elements as the London store. Through its partnership with IT in Hong Kong, McQ has recently opened stores within malls in Harbour City in Hong Kong and Sanlitun in Beijing, and will soon open a store in Shanghai.

Akeroyd declined to provide sales predictions for the new London store but said the plan is for the store’s performance “to be in line with our other Alexander McQueen store densities, and they’re also very healthy.”