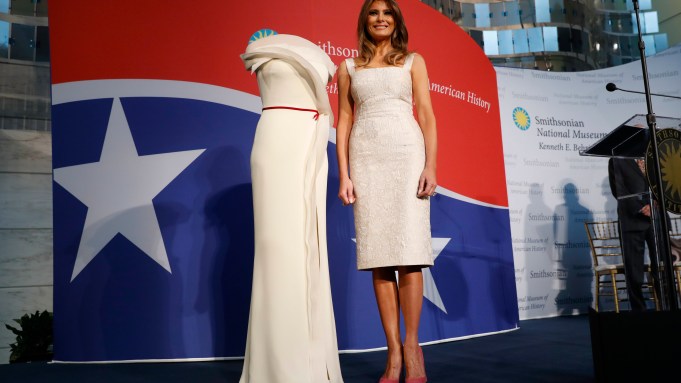 Acknowledging a recent report that the Donald Trump-supported political action committee Save America paid him $60,000, Melania Trump’s former stylist Hervé Pierre said that it was not in relation to fashion, nor for any services rendered during the White House years.

USA Today reported Aug. 6 that Federal Elections Commission records show that Save America paid Pierre $60,000 in four installments between April 7 and June 24 for “strategy consulting.” The media outlet and some of the others that followed the story highlighted that the FEC “does not allow candidate committees, which are formed to raise money for a specific candidate, to spend money on personal items, including clothing.”

Asked for comment regarding Pierre’s $60,000 payment, Melania Trump’s office issued the following statement Monday: “Mr. Pierre is a world-renowned artist. His work extends to many different fields, not just fashion design. His expertise is utilized for special projects and events.”

Pierre, who had been helping Trump with her wardrobe choices during her husband’s administration, has since switched gears to focus more on interior design. He said Monday that he continues to work on other projects unrelated to the former first lady.

In addition to being a stylist, he previously worked as a fashion designer with a long tenure at Carolina Herrera and earlier posts at European couture houses. Pierre, who created the former first lady’s inaugural gown in 2017, cofounded the New York City-based Atelier Caito for Herve Pierre with Nicola Caito the following year.

Like many small businesses, Atelier Caito did not survive the pandemic shutdown and subsequent fallout. The company quietly closed in April 2021 and Caito returned to France to live and work. Pierre has been focused on interior design projects since then.

Pierre continues to work with Trump on post-White House special projects unrelated to fashion including historical-related ones. Making the point that his atelier is closed and he is not equipped to produce dresses, Pierre said he occasionally consults with the former first lady about her fashion choices. But that portion of his consulting is minimal, perhaps as little as 5 percent, he said.

He said Monday, “As with every other first lady, there is an after the White House life, which involves many other aspects than fashion. I am lucky to have worked in prestigious houses, to have designed [costumes] for ballets and more recently to work in home decor. There are many upcoming projects in this after-the-White House [stage.]”

Asked if a presidential library was one of the projects, Pierre declined comment.

Pierre said, “It’s a great honor for me and it is very creative to give my viewpoint on some of these projects.”

Highlighting his work with other decorators on other projects unrelated to Trump, Pierre said, “Home decor is my other job now,” adding, “Overall, it’s not as much about fashion any longer, as I [have] closed our atelier.”