Menswear Designer of the Year Nominees

Michael Bastian, Tom Ford, and MarcusWainwright and David Neville of Rag & Bone are all nominees for the Menswear Designer of the Year award. 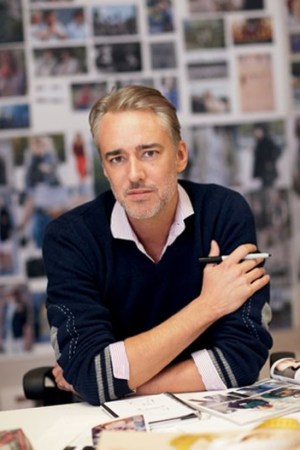 Michael Bastian has always waved the flag of Americana, but this year he embraced some far-flung influences, from Latin America to Britain.

He presented a steamy spring collection in his first formal show. For fall, he channeled the original British skinheads — their style, that is. He worked in bleach-stained denim, black leather, tartans and militant accessories such as berets and boots.

And his collaboration with Gant, a Swedish brand of American heritage, will bring his modern, preppy style to a broader audience this fall.

The former men’s fashion director of Bergdorf Goodman set out five years ago to create slim, snappy Americana at the luxury level. He packed it with color, cheerful motifs and alluring cuts, always leaving the iconic aspect intact. With his horizons broadened, Bastian now designs for men with a taste for relaxed style and uncompromising quality — no matter where they live.

Since the launch of Rag & Bone in 2002, Marcus Wainwright and David Neville have been dedicated to going back to the way clothes used to be made — when it was simply necessary to have dependable workwear. About 90 percent of the line is produced in American factories — in Kentucky, North Carolina and Brooklyn, for example — that are some of the oldest producers of their kind.

And maybe nonfrivolous, well-made, socially conscious clothes are the reason Rag & Bone has done so well in the economic slump, selling into more than 300 stores.

Rag & Bone was founded on jeans, then grew into a men’s collection that joined English tailoring with classic American workwear.

For spring, the collection mined military history for a variety of officer-inspired outerwear and piped trousers. The fall collection dovetailed with the ubiquitous alpine trend, but their version was less literal than most, actually looking like fashion instead of gear. And while they continued to be inspired by military, they worked traditional fabrics into youthful pieces with rebellious flair.

Tom Ford was astutely promoting his film, “A Single Man,” when his latest collection was unveiled. But the product spoke for itself, as always. Since the launch in 2007, Ford has focused on satisfying his clients’ fondness for ultraluxe product, sumptuous stores and occasionally titillating ads.

His groovy spring offer was perhaps the most distinctive yet, with Seventies patterns and peak-lapel suits in pastels or white — a wardrobe for peacocks of the highest order. Naturally, fall ushered in a darker palette and richer textures. Field jackets and shearlings underscored the town-and-country sensibility.

It would be remiss not to acknowledge the aesthetic feast of the sad and tender “A Single Man,” which Ford directed, cowrote and coproduced. The camera revels in the fastidious details of Colin Firth’s professorial Sixties wardrobe, centered, of course, on flawless Tom Ford suits.