Mexico’s secretary of culture has no time for fashion’s cultural appropriation. And she doesn’t consider it an homage.

The Gabin Cape from the Fall 2020 Étoile Isabel Marant collection.

Mexico’s secretary of culture has no time for fashion’s cultural appropriation. And she doesn’t consider it an homage.

In fact, Alejandra Frausto Guerrero has made it her business to call designer brands out for gaining from other cultures without giving back. What she wants is for the “indiscriminate” use of certain cultural elements without due credit or collaboration to come to an end.

“Brands such as Rapsodia, Michael Kors, Carolina Herrera, Isabel Marant and Louis Vuitton, among many others, have used the iconography of towns and communities not only from Mexico, but from other countries, without even having asked permission from the communities or without having them paid in some way,” Frausto told WWD. “As the government of Mexico, we have promoted an initiative for the protection of the collective rights of our communities, and the use of these cultural elements by fashion firms forces us to call for attention to promote inclusion and make the invisible visible, put them in the center.”

Isabel Marant was the object of the ministry’s most recent protective crackdown.

Late last month, Frausto sent a letter to the Paris-based brand accusing it of incorporating “elements of the culture and identity of the people’s and communities of Mexico” in its fall 2020 Étoile Isabel Marant collection. Its Gabin Cape, she wrote, imitates “the distinctive geometry of the Mexican sarapes and jorongos, which is traditionally used in various localities in Mexico, such as in the Purépecha communities of Michoacán; San Miguel Chiconcuac and Gualupita in the State of Mexico; San Bernardino Contla in Tlaxcala; the city of San Luis Potosí; Teotitlán del Valle in Oaxaca, among others.” Adding to that, she said, “Some symbols that you took have a deep meaning for this culture, whose language has no linguistic kinship with any other language in the world. This symbolism is very old and has been preserved thanks to the memory of the artisans.”

Putting things quite plainly, Frausto wrote in the letter addressed directly to the designer herself: “I ask you, Mrs. Isabel Marant, to publicly explain on what grounds you privatize a collective property, making use of cultural elements whose origin is fully documented, and how their use benefits the creative communities.”

It is understood that Marant is in contact with Frausto.

Before the Isabel Marant brand, Frausto went after Carolina Herrera in June 2019, accusing the fashion house of using embroidery techniques and patterns unique to certain indigenous communities in Mexico in its resort 2020 collection. 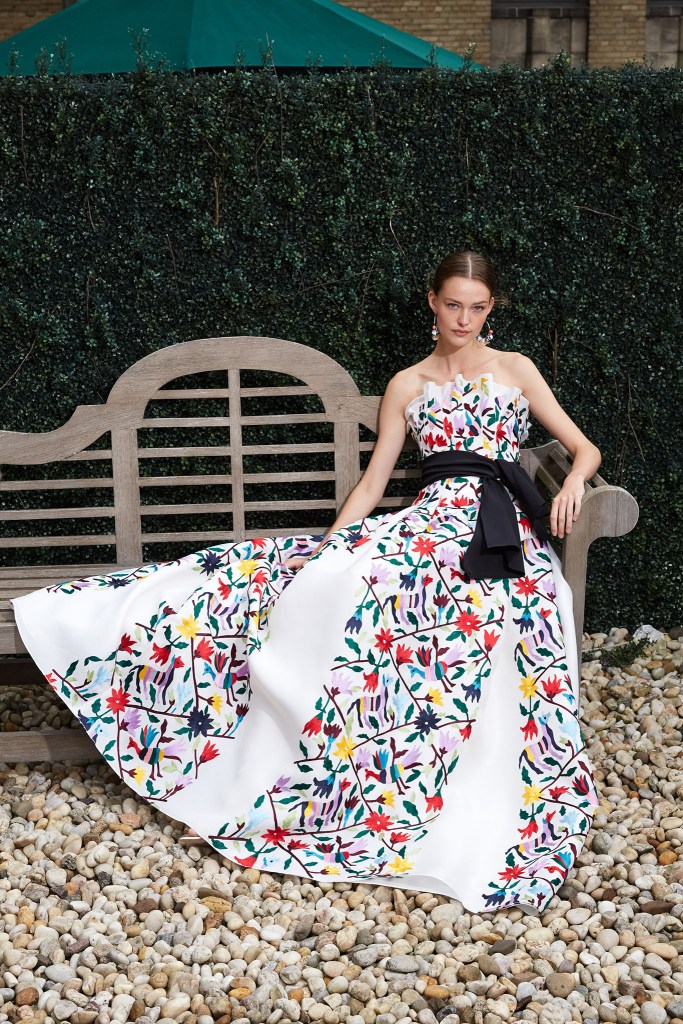 In recent years, the debate around cultural appropriation has intensified. The imbalance of power and presence in fashion has driven a wedge between the creators and the credited. The current thinking goes that to take from a culture, whether it’s masked as cultural appreciation or cultural exchange, doesn’t work if there’s no exchange, nothing to return, no credit, collaboration or compensation.

“The communities themselves, creators and bearers of this heritage, must be the center of their economic and cultural development,” Frausto argued. “The communities ask for respect and for the corresponding permission to be asked for the use of their iconography, and for a dialogue to be established to find out how they can be rewarded for the use of this. We are talking about a very old symbolism that has been preserved thanks to the memory of artisans.”

What could begin to smooth out fashion’s increasingly contested cultural appropriation issue — which dips its toe into sensitivities around racism and inclusion — is collaboration. If luxury brands appreciate the creations of other cultures, why not employ indigenous artisans to develop them?

Because artisans and people from indigenous communities have the rights to their cultural elements and garments they’ve been creating for hundreds of years, they should be the ones to determine their usage as well, Frausto said. International brands, she added, should work with the artisans of the designs and techniques that inspire them in order to sell originals and not copies, and in order to bring these often marginalized communities into the international market.

“This is an exercise in ethical fashion that is going to develop,” Frausto said. “I think we have time to prevent this from getting worse and to become aware of the implications that this has for hundreds of cultures around the world. It is a principle of local and global ethical consideration that forces us to make a call for attention and attend to an urgent issue in the 2030 agenda for sustainable development: promoting inclusion and making the invisible visible.”