Kors calls his townhouse store on the luxury strip "an homage to London.”

By Samantha Conti on May 8, 2019
View Slideshow 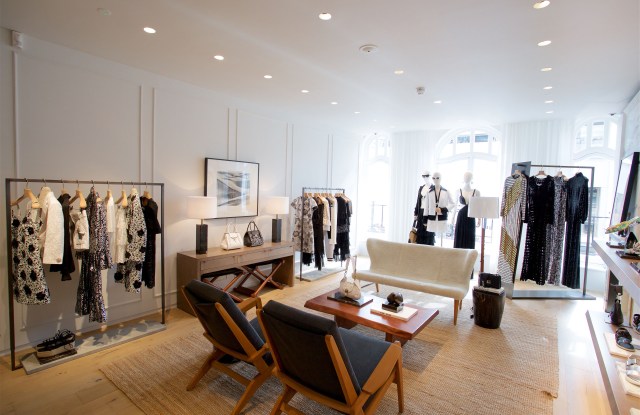 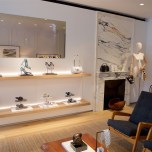 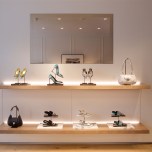 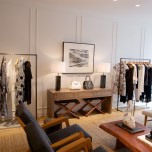 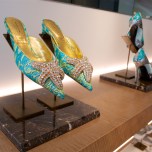 LONDON — Michael Kors is taking up residence on Old Bond Street with a one-of-a-kind townhouse store, “an homage” to the British capital, a city he has long loved.

The boutique stocks men’s and women’s Michael Kors Collection, and neighbors on the street include Valentino, Gucci, Prada, Damiani and Bottega Veneta. The cozy unit, in a Georgian townhouse, spans 2,939 square feet over four floors, with accessories on the ground, women’s ready-to-wear on the first, men’s on the second and a VIP space on the third.

Kors, who is set to arrive in London Thursday to host an opening party and dinner, described Old Bond Street as one of the most luxurious, storied streets in the world.

He said his aim was to create a one-off space “where our customers can step out of the hustle of the city and relax and indulge. Shopping today can sometimes be a little commercial and impersonal. With the townhouse, we’ve created a unique experience that invites our customers in and makes them feel at home.”

Kors’ end of Old Bond Street, near Piccadilly, has become a marquee brand hub, with Givenchy, Alexander McQueen, Cartier and Stella McCartney all opening stores there over the past year. According to real estate sources, the property is owned by an independent Hong Kong investor, and the rent per square foot on the street is around 2,200 pounds annually, with key money ranging from 5 million to 6 million pounds. The new Kors space was formerly occupied by La Perla.

It was only three years ago that Kors was squiring visitors around his new MICHAEL Michael Kors flagship on Regent Street — a 10-minute walk from the Old Bond Street location — and the designer believes the two retail spaces will complement each other.

In addition to carrying the Michael line, the sprawling Regent Street store also stocks an edited selection of the women’s and men’s Collection and a full range of accessories. “Of course, the mix of high and low, of runway indulgence and great-looking accessible style, is more relevant today than ever before, so I think we’ll see some crossover between the two stores,” he said.

The Old Bond space also has a VIP suite, which is becoming an imperative among the big brands on Bond — and other luxury retailers — as consumers increasingly demand personalized experiences, and privacy, when shopping.

Kors said he wanted his new store to have “a sense of residential ease, and with this VIP suite, customers can come in, sip Champagne, experience top-notch personal styling, all the while feeling like they’re relaxing in their own living room.”

The designer added that customization is another service that customers with deep pockets are demanding, “the idea that when they walk into a party, they know they won’t see anyone else in the same dress. This VIP suite allows us to work with some of our customers — not to redesign anything — but to change the color or make other small readjustments,” he said.

The store will also carry special Collection pieces that appeared on the runway, “items that we only made 15 or 20 of globally, so it will have that added level of exclusivity.”

The new space is a personal one for Kors, who had a big hand in the interior design, using his homes in New York City and Florida as inspiration. His own home interiors have been designed in a “warm modernism” style, he said, and he’s hoping that feeling shines through in the new townhouse.

“I love clean lines, but with a sense of warmth and comfort. I don’t like cold spaces. It’s quintessentially British to combine glamour and luxury with comfort and ease, and I think all of the subtle details drawn from my homes — the beautiful textiles, mix of textures and residential attitude — will speak to that.”

The vibe is comfy — a little modernist St. Moritz ski lodge here, airy Hamptons beach house there — with a period black staircase linking all of the floors.

Honey-colored wood, gray concrete and black marble have been used for floors, walls, and ceilings, while the furniture’s midcentury angularity has been softened with rich fabrics and comforting touches. A daybed, sofa and a Saarinen Womb Chair have been covered in ivory shearling, while wooden deck-style chairs boast elegant dark cushions.

Full-length mirrors lean against walls while rustic wooden bowls and tables have been scattered here and there, reflecting Kors’ compulsion for collecting objects and antiques. There are stacks of arty books on the floating shelves — about Aspen style, Guy Bourdin, jazz — and cocktail glasses on a silver tray, at the ready. Team Kors has framed the Georgian facade — with its huge windows — with garlands of pink roses and peonies.

Kors described the store as one-of-a-kind, for now, as it’s not been decided whether the concept will appear anywhere else. “It’s a Georgian townhouse, which you can’t find in many other places in the world. But I never say never. We’re excited to keep expanding our stores, drawing inspiration from all the incredible and historic cities around the world,” Kors said.

The Old Bond store isn’t Kors’ first on the luxury strip. Many years ago, the designer had a store on nearby New Bond Street, in the former Time & Life building. The space is now occupied by the upscale luggage brand Rimowa.

Asked about some of the trends he’s observed among his customers in London, Kors said they’re similar to what he’s been seeing worldwide.

“It’s funny, I really see the same trends all over the world. In London, like in many big cities, our customers are looking for clothing and accessories that can keep up with the speed of life today. We see our totes, like the Bancroft, do well because they can hold everything you need for a day, but still look chic and polished. And for men, the Bryant leather backpack is a favorite in the U.K. Our London customer loves to get dressed up, so special occasion dressing is a strong focus in the townhouse.”

Kors, a regular in London, said that while his sojourn in London will be particularly brief, he’s still managing to squeeze in a few visits. “I normally catch up on the latest theater in London, but I’m only going to be in town for two days, so my calendar is packed. In addition to the events, I’m hoping to see the ‘Don McCullin: Proximity’ exhibition at Hamiltons Gallery, and shop at The New Craftsmen,” he said, referring to the Mayfair store that sells contemporary objects for the home.