The designer was in town for the opening of his new shop, his largest in Asia. 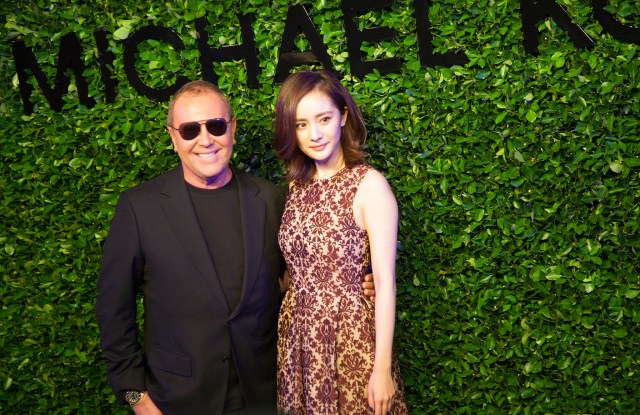 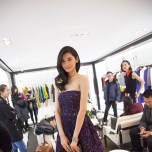 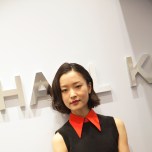 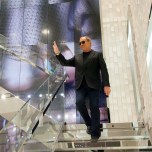 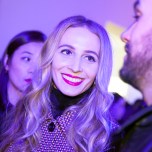 BEIJING — “I’ve had too much Peking duck,” said Michael Kors inside his new flagship here on Wednesday night. “I don’t think it’s good for the diet,” he continued, saying how he’s been served the city’s specialty three times since he arrived over the weekend.

Kors commemorated his new shop inside the posh Huamao Shopping Center, his largest in Asia, and attended the opening of “Young China,” an interactive photo exhibition done in collaboration with Vogue China, featuring six emerging Chinese starlets, on display from Thursday to Sunday.

This is the American designer’s first visit to the Chinese capital and he’s familiarizing himself by touring Beijing’s historical monuments.

“You can have the Forbidden City at the center of the city…then you can have a hutong [street] and then five minutes away, you could have an enormous new building. It’s an interesting mix,” Kors said of his first impressions.

Inside the 9,000-square-foot store, a handful of China’s top models arrived to help the designer toast the new flagship. Nearby, Victoria’s Secret model Ming Xi listed her favorite Michael Kors accessories before sharing a story about her first experience walking the runway with Victoria’s Secret’s Angel wings. “It was as big as a cello,” Xi said, stretching her arms as wide as she could. “I always heard [from other girls] it was so heavy, you’re going to hit people…it’s like, ‘stop b—h, you have wings, don’t you complain,’” Xi laughed. “But it’s really hard,” she said of the balancing act.

After the party at the shop, Kors headed directly to the 798 art district’s Pace Gallery to celebrate “Young China.” Vogue China editor in chief Angelica Cheung said she was pitched to collaborate on the project a year ago and helped cherry pick the candidates.

“[Kors’ team] wanted to partner with Vogue because they don’t know China. We discussed for a long time and decided to do it, not on a big scale, because by the end of the day, Hollywood is Hollywood. So I identified some actresses who represent, what I describe as the post-85 [generation],” Cheung said from the VIP booth, as Harley Viera-Newton spun some tunes in the background. The “Young China” starlets, Cheung says, “are not super, super stars yet, but are on their way there.”

“I chose a location, which was my favorite location when I first visited New York which was opposite Radio City Music Hall — there were these three skyscrapers identical to each other,” Lubomirski said, describing how he nearly got run over several times while shooting singer Jane Zhang walking in the middle of Fifth Avenue. “But that’s New York,” he said.

Kors heads to Tokyo on Thursday, armed with his favorite jet-lag accessory: aviators.

“I like to pack light. One bag, one garment bag; I can go anywhere in the world and sunglasses are my best friend,” he said.