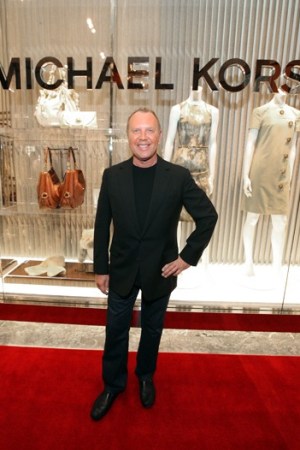 The new 2,200-square-foot boutique is only steps away from a 2,100-square-foot accessories-driven Michael Kors lifestyle store that opened roughly one year ago in the same shopping center at 900 North Michigan Avenue.

The designer, who traveled to Chicago for the opening party and runway show, said the Windy City is the only place in the world with two Kors stores in the same shopping center and the only place it would work.

And while his company continues its ongoing expansion domestically (planning to grow from almost 50 lifestyle stores to 200 in the U.S. by the end of 2010) and abroad (with key markets being Spain, Germany and the United Kingdom), Kors said Chicago was always on his short list.

“When the perfect location comes up, that’s when we strike,” he said, adding the city’s Magnificent Mile draws the desired demographic with its blend of carriage trade luxury stores, residents and international tourists, and shoppers of different ages and incomes. Kors’ Collection stores generate an average of $1,500 to $2,000 sales per square foot, according to John Idol, chief executive officer of Michael Kors.

Kors attributes the success of his lifestyle store concept in Chicago and elsewhere to his calculated risk to stock sunglasses, shoes and handbags at a variety of price points. “I wanted a mix of all prices in one store. People said, ‘You can’t do that.’ But that’s how people shop. Point of view is not always based on price,” he said.

With his recent Very Hollywood fragrance and foray into cosmetics with the Estée Lauder Cos. Inc., Kors sees presenting jewelry at a variety of prices as a place to further his vision. “The possibilities are endless with jewelry,” he said.

Although Kors said the economy has not greatly influenced his design process given that his clothes possess a pragmatic side, it did influence his resort collection currently in stores. “It’s much less beach-oriented,” he said, referring to the red, black and white separates, including a $1,695 black-and-white cheetah-print silk sheath dress and a $1,995 red and black silk chiffon dress in the Chicago Collection store. “I wanted it to be more multifunctional.”

In turn, one of his best-selling pieces is a $1,395 black matte jersey dress with a wide belt, a piece that could be worn in winter with tights and boots or in summer with sandals.

Although Kors says he’s no oracle, he does predict a favorable forecast for the fashion industry. Despite the economy, certain factors point to an industry that’s never been stronger.

“More people are interested in fashion and involved than ever before,” he said. “The democratization of design [at different price points] has helped. Now more people can say, ‘There’s something in it for me.’

“We have teenagers 14 and 15 years old walking into [Michael Kors] lifestyle stores with real sophisticated tastes. That wasn’t happening before. There’s a whole generation coming that’s fashion-obsessed and sophisticated,” he said, noting, “When I have a 10-year-old following me around at my age, that’s great.”