New products, finishes and styles are set for fall. 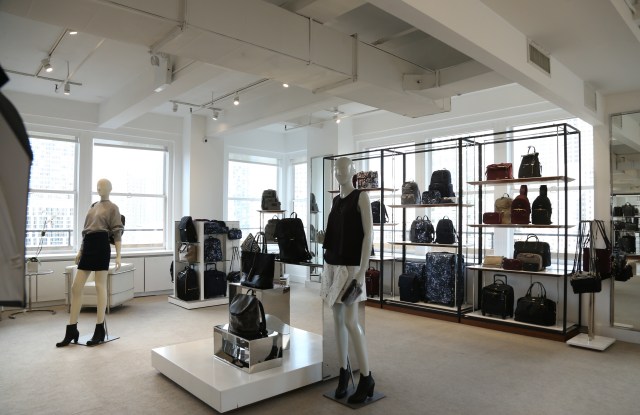 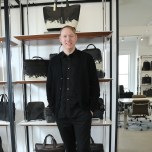 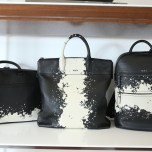 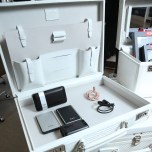 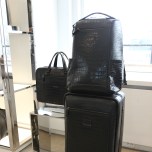 When Michael Petry became global creative director of Tumi Holdings Inc. in July 2015, he foresaw advancements in the collection, though the impending change in ownership wouldn’t have been on his radar.

Samsonite has agreed to buy the luxury luggage brand for $1.8 billion — and is moving to close the deal sometime in the second half of this year — with shareholder approval. “We’re excited for what the future holds. We will remain a luxury platform in their portfolio,” Petry told WWD in an interview at Tumi’s Fifth Avenue showroom filled with natural light and panoramic city views.

“Things don’t happen overnight,” Petry said. For the near future at least, “It’s business as usual.”

He’s already begun work on spring 2017 samples and there was a recent meeting with Apple in California to discuss tech accessory products. “It could come down to Tumi selling in an Apple store or vice versa,” he said. Petry is the driving force for bringing new styles and aesthetics to the collection, works to ensure alignment on all product-related initiatives, design processes and business objectives, and leads the visual merchandising and store design. He reports to chief executive officer Jerome Griffith.

Tumi, which saw a 4 percent sales gain last year that brought the business to $548 million in volume, is in a good place given the world’s changing consumer buying patterns. Samsonite, paying a premium price for the brand, obviously sees what others have seen — a shift in spending favoring entertainment, restaurants, theater tickets, home goods and travel, and away from fashion and technology.

“The outlook is very positive,” Petry said. “We have good momentum. People are buying premium products for travel. Everything is becoming more of an experience. It’s about traveling well.”

Along with that functionality, there’s a technical aspect. “It’s all about the ingredients for us, down to using the best threads, a higher stitch count, and zipper pulls that must pass a 250-pound strength test before they break. It’s about how strong the bags are. We don’t design by price points, but by ingredients.”

The company sells a wide range of luggage, with wheels and without. About 60 percent of the collection is comprised of backpacks, day packs, totes, briefcases and tech accessories. There are also satchels, garment bags, cross-body bags, business cases, messenger bags, passport cases, mobile covers, outerwear, umbrellas and electric current adapters. Tumi’s prices start at around $375 for backpacks, totes and small leather goods and go up to $40,000 for carry-on crocodile luggage. The average Tumi customer has a household income of $200,000 and the customer base is split fairly equally between males and females.

The fall 2016 line marks the first time Petry has put his imprint on the collection. Before joining the brand, Petry was senior vice president and creative director at The Frye Co. from 2007, where he is credited with expanding the brand. Before Frye, he was a senior design director for Prada and earlier served as senior design director of footwear for Ralph Lauren. He began his career at Adidas USA.

“I’m not changing Tumi from black to white,” Petry said. “I am trying not to alienate anybody. Certainly, this is an evolution.”

While indicating he’s keeping the stockkeeping unit count “tight,” Petry had plenty to talk about, first highlighting for fall the addition of men’s products to the Landon and Haydon lines; new matte black finishes and paint-splash print finishes, and five additional women’s premium handbags called the Mariella collection “for all your devices and personal effects.” There’s also a woven east/west leather tote as part of the NoHo line for the first time, and a fall color palette that’s “dark and saturated,” emphasizing navy, pine and merlot and complemented by “fun prints” such as an indigo floral print.

He’s focused on keeping it light, weight-wise. “That’s a big story across every single design field, from cars and iPhones, to watches and sweaters,” Petry said. “Every three-dimensional product has to be lightweight. Everybody wants it to be. It’s an interesting challenge from a design standpoint. A brand like ours has to be much more in step with the times to make it more fashionable.”

And that means upping the ante on newness. “Now every six to eight weeks we are adding new products, new front tables, changing about 12 to 15 percent of the store.”

Tumi has 177 company-owned stores and 183 that are partnerships. The brand is also sold in the U.S. at Neiman Marcus, Bloomingdale’s and Saks Fifth Avenue as well as specialty stores and duty-free shops. Petry said the company is pushing holiday and pre-fall products more aggressively and has begun turning out six collections a year, compared to four previously. “It’s just the same as ready-to-wear,” he said.

His biggest challenge is changing how the world perceives Tumi. “How do you tell people that Tumi is more than just luggage, that it’s a lifestyle?” Petry said. “How do we evolve the current base, when essentially Tumi is considered a luxury brand?”