Milan on Friday announced it will hold next fall’s fashion shows Sept. 19 to 25 — which will overlap with both New York and London fashion weeks.

By Luisa Zargani and Samantha Conti and Marc Karimzadeh and Katya Foreman on October 7, 2011
View Slideshow 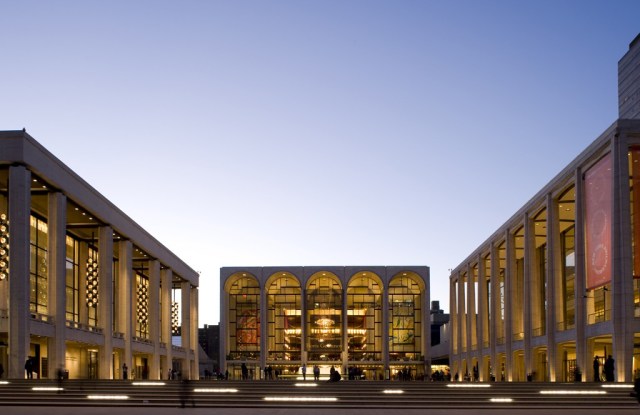 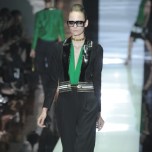 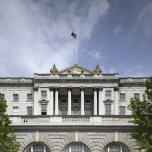 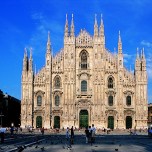 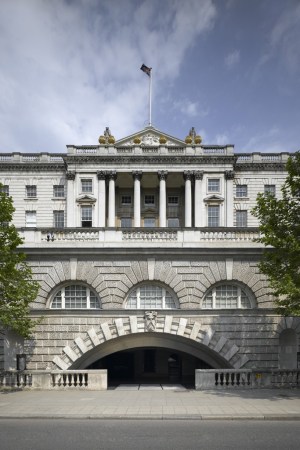 MILAN — The gloves are off.

This story first appeared in the October 10, 2011 issue of WWD. Subscribe Today.

Milan on Friday threw the gauntlet down by saying it definitely will hold next fall’s fashion shows Sept. 19 to 25 — which will overlap with both New York and London fashion weeks. The decision immediately elicited protests from the other two cities, although it remains unclear what action they can take. Paris will continue to hold its shows Sept. 25 to Oct. 3.

Italian designers are displeased with the plan of New York officials to start that city’s fashion week on Sept. 13 next year in order to avoid conflict with the Labor Day holiday in the U.S. New York’s shows would end on Sept. 20, with London running Sept. 21 to 25. The shift would put the shows essentially a week later than in recent years. The Italians contend the move is being forced on them by the Council of Fashion Designers of America and that if Milan moves its dates later as a result, Italian designers won’t have enough time to satisfy production needs.

The current calendar for next September is bound to become a major headache for editors and retailers, who will be forced to choose between Milan and the last two days of New York, as well as the entire London season.

During the meeting in Milan on Friday, the Camera examined paperwork dated September 2008. “We proved that there was no agreement with the Council of Fashion Designers of America and the British Fashion Council regarding the three years 2012-2013-2014, and that, in any case, the postponement of a week for the dates of September 2012 was not on the table,” said Boselli. As per the document, which the Camera attached to a press release sent Friday, the only subject matter referred to at the time was extending London’s Fashion Week from four to five days.

In an open letter to the fashion community obtained by WWD on Sunday that was to be sent out this morning, CFDA president Diane von Furstenberg acknowledged that, while the growing number of fashion weeks — including those in the Middle East, Russia and Brazil — often makes coordination challenging, the ultimate goal is to allow designers to show their collections and vision for the following season. “Editors, retailers and designers like the consistency of every designer always showing on the same day of the week season after season,” said von Furstenberg. “It makes it so much easier for everyone to plan and attend shows. Clearly, year after year, the calendar changes for there are seven days in the week and every new year the calendar advances one day. Some years it will be better for some cities, some years not.”

Calling the current situation “a misunderstanding,” von Furstenberg said she was “convinced it will be resolved” and that she and the CFDA share the same goals as their colleagues in Milan, Paris and London. “It is most important that we show unity, fairness and that we work together to ensure everyone is given equal benefit from our work,” she added.

The letter was preceded on Friday by a statement released by the CFDA reasserting its commitment to the rule it said was agreed upon at a meeting in September 2008 to allow for an extra day of shows in London.

“Given the nature of the calendar, sometimes the second Thursday will directly follow Labor Day, which is not ideal for New York,” the CFDA said. “This has been the case since September 2009 when the agreement went in to effect. In 2012, the calendar is more in the favor of the American designers just as in some years it is not. The calendar dictates that the dates of some seasons’ shows are better than others for different cities, and New York has accepted this fact, working around Sept. 11 and Jewish holidays. We are disappointed to hear Milan’s decision not to honor the September 2008 agreement. We remain certain that all parties understand that adopting one rule and not changing it is best for all designers of all countries. The ‘Second Thursday’ rule, we believe, was always a permanent one. Not to change from this rule has received tremendous support from editors, press and retailers and we look forward to showing them the spring 2013 collections on Sept. 13 to 20.”

Reached on Friday, von Furstenberg elaborated the American position. “We made an agreement,” she said. “The idea was we would start on Friday, but we had to make an adjustment for London, and agreed to start on the second Thursday.

“The calendar changes every year,” she added. “The second Thursday is sometimes an advantage to us, and sometimes a disadvantage. All of a sudden, on the second Thursday next September, we finally have the good side, and now they want to make us pay. I think this is ridiculous. We are a community of designers. I would like to believe that what we have created with the CFDA — the sense of family and community — is something we can do worldwide. We are all designers, we are all in the same industry. We compete with one another but we love and support each other. That is what it should be.”

Caroline Rush, chief executive of the BFC, echoed these sentiments. “It is with great disappointment that we read Camera Nazionale della Moda’s statement released earlier today that they will continue to break the dates agreement and schedule shows over New York and London Fashion Weeks. No one would agree that this is in any way an ideal situation, but we have — and continue to receive — incredible support from both international and domestic media and retailers to retain the existing agreement.”

Both the CFDA and BFC are adamant the “Second Thursday” rule was a long-term arrangement, while Boselli and Dider Grumbach, president of the Chambre Syndicale de la Haute Couture, contend the deal was only intended to last three years.

“We always said that it is impossible to plan anything beyond three years as you never know what kind of events might come up,” Grumbach said, adding that he never received any letter or had any discussion with the CFDA regarding their proposed show dates for the spring 2013 season. “There seems to have been a misunderstanding somewhere.

“We already decided our dates several months ago and to want to change the system seems unrealistic,” he continued. “The idea was always that we would meet up again once the three-year time period was up.”

On Friday, Boselli noted that, “since no different arrangement had emerged,” the Camera communicated on March 17, 2010 with all national and international fashion bodies, “including the offices of Vogue-Condé Nast,” that, in 2012, Milan Fashion Week was going to run from Wednesday Sept. 19 to Tuesday, Sept. 25, ”without anyone objecting to this, and in line with the preceding three years.”

For this reason, the Camera “rejects the accusations” made by von Furstenberg and BFC president Harold Tillman, that it was not honoring its commitments. “This accusation not only represents an aggressive and arrogant stance towards the CNMI, but it has also employed unfair arguments in order to unilaterally impose decisions that were not agreed upon,” said the statement.

Also, Boselli said he was displeased that the BFC and the CFDA sent a letter, dated Oct. 3, to a number of Italian designers bypassing the CNMI and the Chambre Syndicale. “This is something I have never, ever done with their [CFDA and BFC] associates.” In the letter, obtained by WWD, von Furstenberg and Tillman restate that the agreement on the dates “was to be on-going and in perpetuity,” and asking “to help Mario [Boselli] and Didier [Grumbach] to stick to this agreement and maintain the current flow of dates.”

Also, Boselli said he was “especially saddened and disappointed” that von Furstenberg never replied to a letter he sent her on Aug. 30, explaining the Camera’s position. “I expected a reply, which I never got, and rather than responding privately, unilateral communication with the press was initiated,” said Boselli.

Vittorio Missoni, chairman of the family-owned fashion company and vice president of CNMI, said “the agreement between associates was total on the vote, there is a very solid harmony.” Missoni noted that Milan dates for 2012 were set in March 2010, “they were forwarded to everyone and nobody brought up the issue. It’s all normal, Paris is positioned right after Milan, the same way it’s been, why should we move?”

The stance of most designers contacted by WWD was to decline comment, contending that they wholeheartedly supported the position of the CNMI, which speaks for them.

One member of the Camera, who spoke on conditions of anonymity, said that the BFC “never told us about the constraints derived from the Olympics. Why didn’t they talk to us? If they had, we would have tried to come up with a solution, just as we did when London wanted to add one day in September 2009, which we all agreed to.”

The BFC has said that it can’t move its September dates because of venue accessibility following the Olympic and Paralympic games in London next year. The source also said “Boselli and Grumbach are super-precise and conscientious when it comes to dates and paperwork, they always have everything black on white and repeatedly check every issue.”

Another concurred. “If things had been done in a different way, discussing issues together, without this overbearing stance, the Camera would have tried to find a solution. We would never have turned our back on either New York or London. And we are in unison with Paris, this is a solid axis.”

Another source also said that New York “should try to concentrate its show calendar in five days. It’s too long as it is.”

Milan’s decision will place pressure on magazine editors and publishers given the deep advertising pockets of Italian fashion houses versus those in London. As reported, Condé Nast International chairman Jonathan Newhouse sent a letter to Boselli stating that the editors of Vogue, including those of the American, Italian and French editions, will not attend the Milan shows if there is a conflict with New York or London.

“The four fashion weeks had found an accommodation that suited us all and it seems ridiculous that Milan should choose to alter this. We are a global industry and need to work together not to cause unnecessary conflict,” said Alexandra Shulman, editor of British Vogue.

Asked if New York would reconsider its 2012 dates, von Furstenberg said, “It’s a decision that was made, you can’t change it every two years because calendar moves.”

Unlike her Italian counterpart, however, von Furstenberg struck a more conciliatory note. “I still believe we will find a solution,” she said.