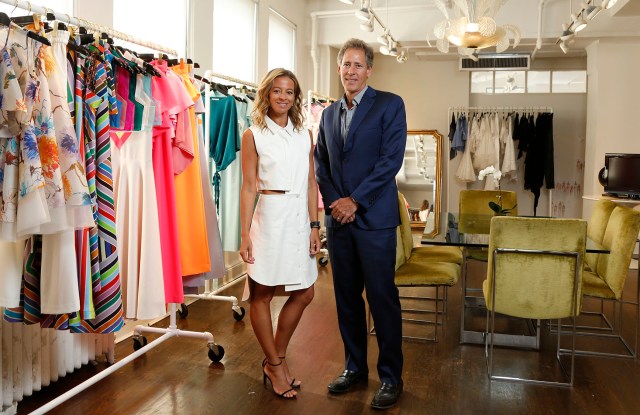 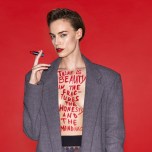 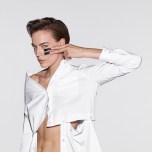 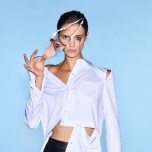 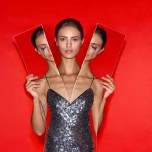 NEW YORK — Now in its 17th year, Milly is making moves to strengthen its brand.

The privately owned advanced contemporary sportswear company based here absorbed its sales agency, L’Atelier Group, which has been handling Milly’s ready-to-wear sales from the get-go and brought it in-house. Keith Nuss, owner of L’Atelier, has joined Milly as vice president of sales and has brought along one associate director, two account executives and one assistant account executive to join the firm’s existing sales staff of four people.

Over the years, L’Atelier has cultivated strong relationships with specialty stores and has handled sales for such brands as Ramy Brook, James Perse, Earl Jeans, Splendid and Chip & Pepper.

“We convinced Keith to close his business and join our business. He has rich relationships with retailers,” said Andrew Oshrin, cofounder, chief executive officer and president of Milly. Oshrin said he would usually go to every large market appointment that L’Atelier, which was based in the same neighborhood, would have.

To accommodate the rtw sales team, Milly has taken over more space at its headquarters at 265 West 37th Street. The company, which has 16,000 square feet on the 19th and 20th floors, has leased an additional 4,000 square feet on the 19th floor. Milly already handles sales in-house for its accessories, swimwear, eveningwear and children’s wear and tweens (Milly Minis) collections. Oshrin said the company will take a hiatus from its handbag business after the current fall season because it wasn’t a growth opportunity. “We’re hoping to revamp it in a year,” he said.

According to Oshrin, the company generates between $50 million and $55 million in wholesale volume.

Milly ships to 150 countries worldwide, including four freestanding boutiques in the Middle East as well as flagship boutiques in Tokyo, at 900 Madison Avenue in New York,  54 Main Street in East Hampton, N.Y, and a pop-up store at 158 Mercer Street in SoHo that will open Sept. 9. The company continues to manufacture predominantly in the U.S. Some 75 percent of Milly’s apparel is produced in the U.S. and 25 percent is done overseas, which includes fully fashioned knitwear. The company’s cabana, swimwear and eveningwear are all made in New York. Some 10 to 11 percent of the business is generated by children’s wear.

A runway show regular since 2004, Milly will instead host an immersive presentation format Sept. 8 at its new SoHo pop-up store, where it will have a special installation, from 2 to 4 p.m. In addition to showcasing the spring collection, there will be a “See Now, Buy Now” capsule from the spring collection comprised of six select styles in several color ways, including separates, jumpsuits and dresses. The capsule will be immediately available for sale at the pop-up and on milly.com.

The pop-up, which is near such stores as Dolce & Gabbana, Agent Provocateur and Balenciaga, will be open for five months, and the plan is to bring different experiences to the store. There will be several projects related to music and technology.

Opening more freestanding stores is  a growth opportunity for the brand. Oshrin said the company’s five-year plan is to have 10 stores operating. “Since it’s a self-financed business, we’re always a little bit cautious. L.A. would be an amazing market. I think our physical presence is under-penetrated there,” Smith said. The company plans to have a pop-up in Los Angeles going forward. “Pop-ups are really to get a taste of the market and to test the neighborhood and test styles,” Smith said.

At present, New York is the company’s number-one market, followed by California and then Texas followed closely by Florida.

Describing the aesthetic of the Milly collection, Smith said, “It’s modern and forward thinking. I try everything on personally. I want it to feel beautiful, modern and exciting.” She said since the customer’s attention span is so short, there are no specific trends that she designs into. She’s done very well with pintuck trousers — a high-waisted, wide-leg trouser — and had a surprise hit for fall with paper bag baggy trousers. “There’s not one particular fit to it,” she said.

Since spring 2016, Smith has gone deeply into shirtings and has done a lot of poplins, stretch denim linen and natural fibers. “I’m really taking shirting and turning it upside down.”

For spring, she will continue with shirtings and a lot of fabric manipulations and new techniques. “I’m sort of flexing my muscle in that arena. I love the surprise of a basic or utilitarian fabric in an intricate cut with a fabric manipulation technique or a fancy fabric in a minimalist silhouette. The duality and the surprise. I think that’s a common thread throughout my collection,” she said.

Milly’s fall ad campaign is based on her last show, which she called “Fractured.” The collection had a lot of cuts, slicing, dicing of materials, and taking traditional men’s fabrics and giving them a feminine allure. “It was my emotional response to the election,” Smith said. “When Hillary [Clinton] lost I really felt personally defeated as a woman. There’s a lot of emotion in every piece.”

For fall, the company’s ad campaign speaks to gender and sexuality and also emphasizes the importance of Milly’s support of racial and ethnic diversity. The campaign features Elliott Sailors, a woman who is gender fluid. She started out modeling women’s clothing and transitioned her career into men’s modeling. The campaign’s diverse cast of models also includes Anja Leuenberger, Juju Ivanyuk, Larissa Medeiros, Senait Gidey and Anja Cihoric.

“It’s a message of equality for all. I really felt like our rights were being threatened when Trump came into power. It’s sort of a troubling, unsettling time and I want everyone to feel welcome in our house and within our brand,” Smith said.

The campaign is appearing in Vogue, Elle, digital sites and outdoor venues. The print campaign, as well as some digital, was shot by Charley Parden. Henry Hargrave also shot images for the digital campaign. “Part of our strategy is to shift our budget away from our traditional magazine buys and more toward digital players. Our budget is the same,” Oshrin said.

“In terms of measured ROI [return-on-investment], you know who’s seen the ads and can touch those customers and re-market to those customers,” he added.

Oshrin noted that the company’s Madison Avenue store is flat to slightly up in sales. “We finished a very successful campaign with our wholesale partners, Saks Fifth Avenue, Neiman Marcus, Nordstrom, Bloomingdale’s and Harrods. We met our plans and out-performed last year,” he said.

Looking ahead, Oshrin projects that e-commerce will increase 20 percent in the next year, brick and mortar will grow by 15 percent, and the company’s wholesale apparel business will increase by 12 percent.