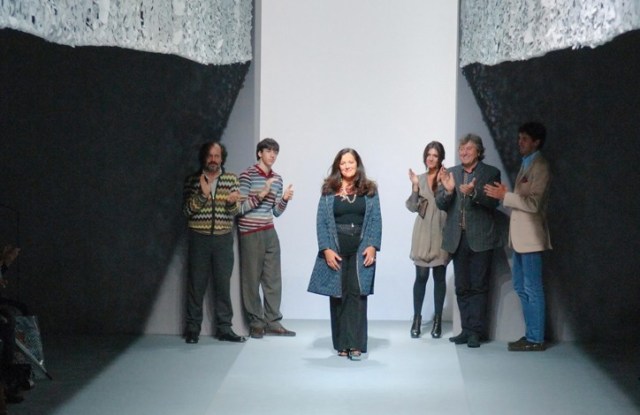 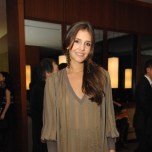 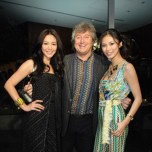 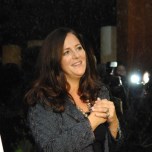 Angela Missoni, the brand’s creative director, had not made the trek to Tokyo since 2003 when the house celebrated its 50th anniversary with a retrospective here. The store’s facelift and the spring/summer runway show, staged at Tokyo Midtown, help update Japan’s image of the brand, the designer said.  Still, she said she’s happy to see customers of all ages wearing the brand, especially those on the more mature end of the spectrum.

“What makes me happy is seeing clients that are a little older, who have been Missoni fans for 30 years or even 40 years, and they are dressed super fashionably…it’s not like that back home.” Angela’s brothers Vittorio and Luca, her daughter Margherita and her nephews Michelangelo and Ottavio Jr. were also on hand to mingle with guests including Miss Universe 2007 Riyo Mori and Miss Universe 2006 runner-up Kurara Chibana.

Margherita said she was happy to stop by one of her “favorite countries” before jetting off to the U.S. to do a fashion shoot for Vogue Italia and a charity event for Nordstrom in San Diego. “I really like everything [in Japan] from the food to the clothes and the art,” she said. “I think they’re very special.”

On the business front, general manager Massimo Gasparini noted that sales in the newly refurbished store- Missoni’s sole freestanding boutique in Japan- are up double-digits since it opened its doors last month. “Despite the crisis we are very driven to develop this brand,” he said, adding that Missoni and its local partner Onward Kashiyama are in the process of renovating the brand’s 44 shop-in-shops around the country to “freshen up Missoni’s image.”