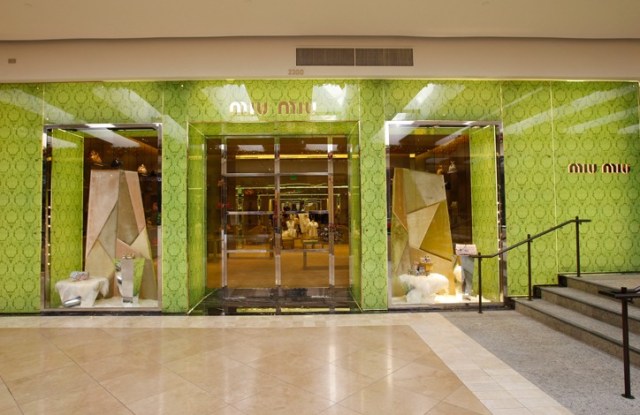 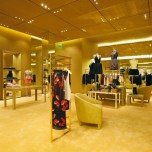 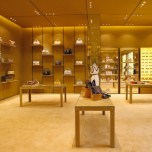 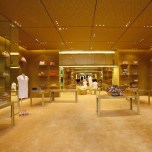 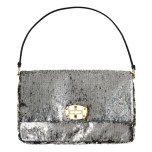 Miu Miu, which is pumping up its U.S. profile despite the recession, opened a second Southern California store at South Coast Plaza in Costa Mesa last month featuring items such as a $135 scarf-head wrap, a $995 sequin handbag and $18,000 furs.

“The U.S. is an emerging market for us, not because of the U.S. economy, but because, for historical reasons, we are not that penetrated here,” said Sebastian Suhl, chief operating officer of the Italian luxury label’s parent, Prada Group. “There are so many major cities we could be in, and eventually we will. Las Vegas is coming, and Short Hills, N.J., we are considering right now. There are cities like Atlanta, like Houston, where we are not and should be. There are at least five or 10 major cities where we can open doors.”

The Prada Group has worked in recent years to change consumer perception of Miu Miu, slowly increasing price points and drawing a clientele similar to Prada’s.

“It’s not a second line. The relationship is healthy because the brands support each other,” Suhl said. “They are both high fashion, so from luxury positioning, they are the same. To use Mrs. [Miuccia] Prada’s terms, Miu Miu is more immediate, so it’s more trendy. Miu Miu was launched only about 16 years ago, so in that sense, it is younger, but not from a consumer standpoint.”

Miu Miu’s new home at the mall in Costa Mesa is a 3,400-square-foot space that had been occupied by Burberry. The store was constructed using the existing Miu Miu U.S. store design concept, with damask drapery and mirrors, sofas and tables covered in damask with gold threading.

Prada is to open a South Coast Plaza boutique in April in a former Yves Saint Laurent unit.

Miu Miu also has a store on Beverly Hills’ Rodeo Drive, which opened last year, two years after the brand closed on Melrose Avenue in Los Angeles. The brand has six U.S. stores — it is to open a seventh this month at CityCenter in Las Vegas — and about 50 locations worldwide.

“Miu Miu could have at least 150 stores in the world, no problem, and that’s definitely our eventual goal,” Suhl said.