The icons as "examples of excellence" are embodied by talents ranging from Kim Basinger, Chloë Sevigny and Du Juan to Raffey Cassidy, Emma Corrin, Storm Reid and Jordan Kristine Seamón.

MILAN — Miu Miu is celebrating the many facets of women.

The campaign will also reveal the brand’s pre-spring 2021 collection, aligning it with its delivery in Miu Miu boutiques, specialty stores and on Miumiu.com in early November.

The campaign, to be unveiled on Miu Miu’s social media platforms and web site, was photographed by Mert Alas and Marcus Piggott under the creative direction of Katie Grand.

The photos are fronted by Oscar-winning actress Kim Basinger; cult indie actress and director Chloë Sevigny; Chinese actress, model and former ballet dancer Du Juan, and British actress Raffey Cassidy, who have all appeared in previous Miu Miu campaigns. Newcomers include actor Emma Corrin, who plays the late Princess Diana of Wales in season four of “The Crown”; “Euphoria”’s Storm Reid, who made her runway debut in March by opening the fall 2020 Miu Miu show, and musician and actor Jordan Kristine Seamón who with Sevigny is part of the cast of Luca Guadagnino’s “We Are Who We Are” TV series. 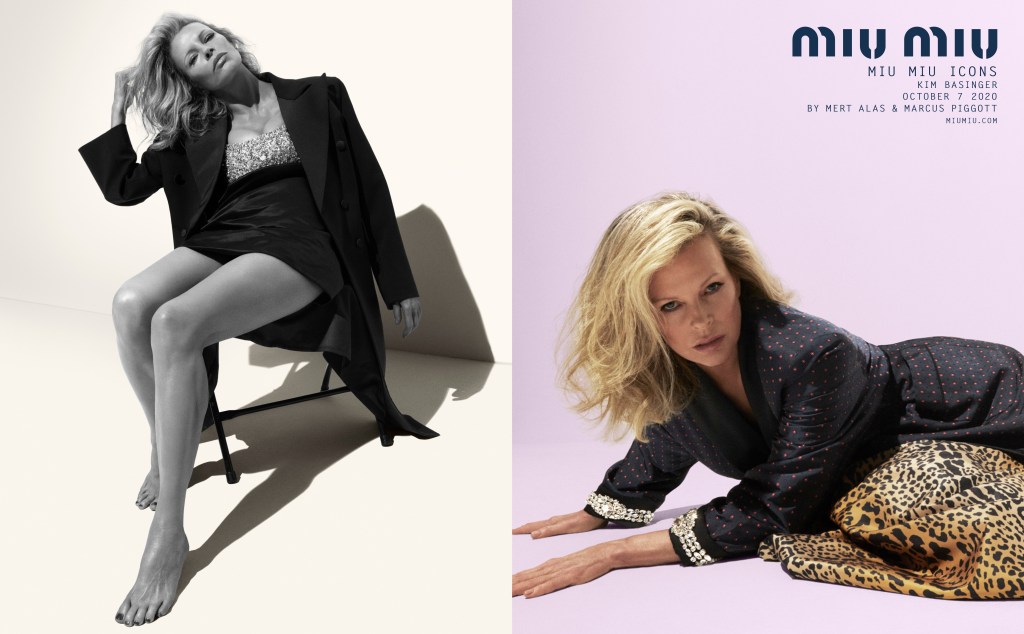 Due to the restrictions caused by the coronavirus pandemic, some photos were taken in London and others remotely.

Different styles for each woman are reflected by the clothes in the images. Corrin is seen wearing a long and dark folksy skirt with lace details and a sequined top; Sevigny, whose pregnancy is not visible in the images, wears more gamine and sporty looks — a drawstring skirt in a sweatshirt fabric under a leather top, and embroidered socks in the brand’s signature slingbacks; Juan’s femininity is exalted by a blouse in a floral pattern or a pink dress with black ribbons, delicate ruffles and the new Coffer bag in napa matelassé. 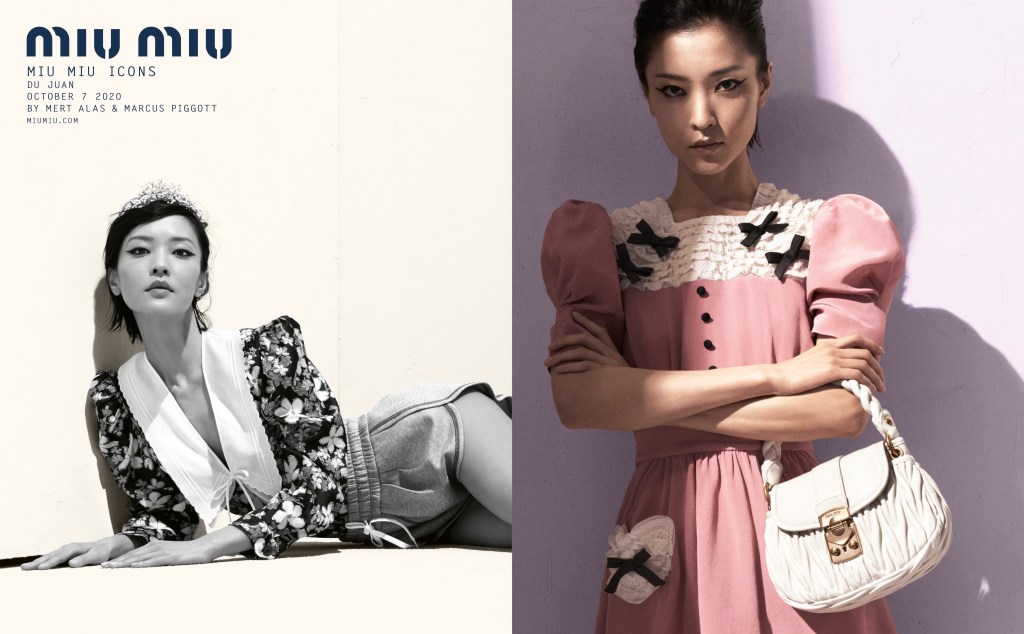 Indeed, the focus is also on Miu Miu’s strong business of shoes and handbags, as well as its jewelry, seen for example on Seamón wearing a tiara and chandelier earrings. 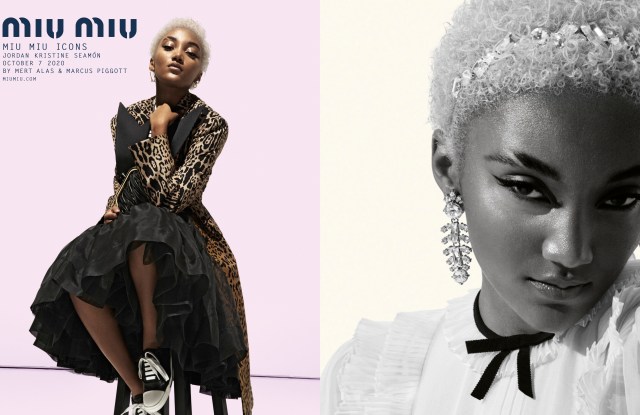 “How to define an icon? What creates one? Originally a religious representation, in a secular age an icon has come to construe as a symbol worthy of veneration and adulation,” stated the company. “An icon can be an actor, a model, a musician — an example of excellence. Equally, an icon can represent a set of beliefs — a way of life. But an icon must always mean something.”

Miu Miu also presented a dedicated campaign for its pre-fall collection last May, timed with its arrival in stores.

That campaign was shot by Douglas Irvine on a cast of young, up-and-coming faces, including actress Esme Creed-Miles and models Malaika Holmen, Kasper Kapica, EZ, Tang He, Tomiwa Adeshina and Patrycja Piekarska.

As reported, Miu Miu did not show its spring 2021 collection in Paris, as it has for years, opting to livestream a video of its lineup on Oct. 6, due to concerns over the COVID-19 pandemic.

However, the Italian company invited groups of women to gather together to view the show and be simultaneously connected and integrated into the show with local events in Paris, Berlin, Tokyo, Shanghai, Moscow, Dubai and Milan. “Communities of women have always been integral to the spirit and identity of Miu Miu,” said the company at the time.