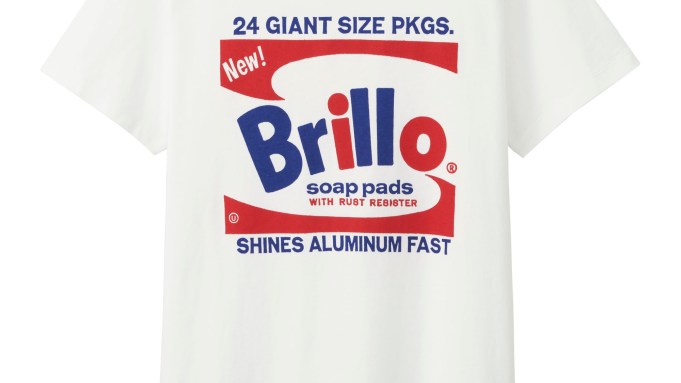 The Museum of Modern Art’s Design store is gearing up to announce a new partner in Japan, where the company already has one store in Tokyo.

The aim is to open five new stores in the next few years with the focus being on Tokyo, according to MoMA Design’s director of merchandising Emmanuel Plat, who declined to identify the Japan-based company. Concept shops are also being planned in a few of its existing stores, he said. While there are no immediate plans to open MoMA Design stores in the U.S., there is some consideration about launching concepts shops here and throughout the world, Plat said.

In the meantime, MoMA’s multiyear alliance with Uniqlo is now in its second year. “We’re very pleased with the collaboration and they work very closely with creatives from the museum,” Plat said. “Few people realize the work that goes on behind the scenes. You cannot manipulate or change the artwork, or cut it and put something on a sleeve. So we have a constant dialogue with Uniqlo. They always do a combination of the big staples — [Andy] Warhol, [Jean-Michel] Basquiat, [Keith] Haring and new living artists. Recently, they did Paula Scher. Every two months or so they introduce a new artist and that [merchandise] stays for two weeks or so, and then they move on to a new artist. Now they’re going beyond art and are starting to bring design features,” noting a new collaboration with Josef Albers’ wife Anni that features T-shirts and other items with her designs.

Fans of the Scandinavian Modern brand HAY will be pleased to learn MoMA will be adding furniture to its assortment in March with the introduction of the $350 “Copenhague” chair, as well as a sofa, coffee table and other items. “It has a cult following because it’s a very pleasing collection. It’s very warm and happy and pleasing,” Plat said. “It’s interesting. We’ve sold some of the HAY products before as individual products and they didn’t do very well. The answer was they work as a collection. It’s sort of like Muji, even though it’s the anti-Muji [as a design consortium of sorts] — when you see it all together it makes a lot of sense.”

During Wednesday’s preview of MoMA’s spring offerings, Plat also pointed out such unusual finds as the $349 Swedish-made Flyte floating light that relies on a magnetic base that creates tension with the bulb, and Mini Lumio’s $125 booklike designs that serves as a light when open and a phone charger when closed. “Obviously, we see a lot of strength in the technology-related products,” Plat said, motioning toward the $400 L3D Cube, a sensitized object that people program themselves to create different sound, music and light-sensitive. “You can also create your own patterns so it’s kind of open-ended.”

Attendees at Tuesday’s preview also got an earful, thanks to Roli’s Seaboard Rise 25, a padded $800 acoustic keyboard that emits a variety of sounds, strings, guitars, drums and percussions. It also has a new app Noise that allows users to strike, press, glide, slide, and lift their own sounds. MoMA planned to close out its “Making Music Modern: Design for Ear and Eye” Thursday with a Seaboard by Roli demo in its galleries.