Moncler joins forces with the Japanese brand Visvim to launch a streetwear collection.

By Amanda Kaiser and Alessandra Ilari on November 2, 2009
View Slideshow 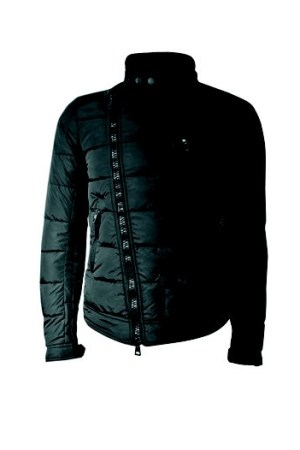 Remo Ruffini, Moncler’s chairman and creative director, said the collection will bow for fall 2010. The line, which will be priced similarly to Moncler’s regular collection, will consist of about 20 pieces, including apparel items, accessories and footwear.

“I tried to find some heritage, kind of like a more natural, organic approach,” Nakamura said.

Ruffini said the collection resembles many looks from Moncler’s archives going back to the Fifties and Sixties.

“For me, it was a very good link,” Ruffini said, adding he’s been impressed with the quality of the design he’s finding in Japan these days. Recently, he collaborated with Chitose Abe’s label Sacai for a women’s collection called Moncler S.

Ruffini declined to disclose a sales forecast for Moncler V or any other financial figures. The new men’s line will have a select distribution network consisting of about 150 stores worldwide, including no more than five or six in the U.S. and 25 in Japan.

Separately, Ruffini disclosed he has been in contact with his friend Pharrell Williams and they are thinking about working together on some customized items for the musician. But he stressed it’s too soon to say if the collaboration could be expanded to the retail market.

“We’ll see. Maybe,” he said. “There is nothing really clear for the future, but we’ll see.”

Visvim is one of Japan’s most popular men’s streetwear labels. It got its start in 2000 as a footwear brand and branched out into apparel four years later. It is credited with high-quality basics crafted from luxurious materials like vegetable-tanned leather, fine cashmere and high-quality cotton. Its sales points include Colette in Paris, Dover Street Market in London and Canvas in Malibu.

In other Moncler news, the brand will inaugurate a flagship in London on Nov. 12 that will be the first monobrand outpost to carry the Gamme Rouge and Gamme Bleu collections, designed by Giambattista Valli and Thom Browne, respectively.

Typically, Moncler’s top-of-the-range lines are only carried in 270 select points of sale worldwide.

The decor was slightly tweaked on the first floor, which carries the Gamme Rouge and Gamme Bleu collections, to cover the walls with “Pierre Bleue,” or a blue-grayish stone used in architecture since the Middle Ages. A first-year sales forecast was unavailable.

“I consider the London boutique a real celebration of Moncler’s new philosophy because it marks a crucial stage, both in terms of business and positioning, in our store rollout in international cities,” said Ruffini.