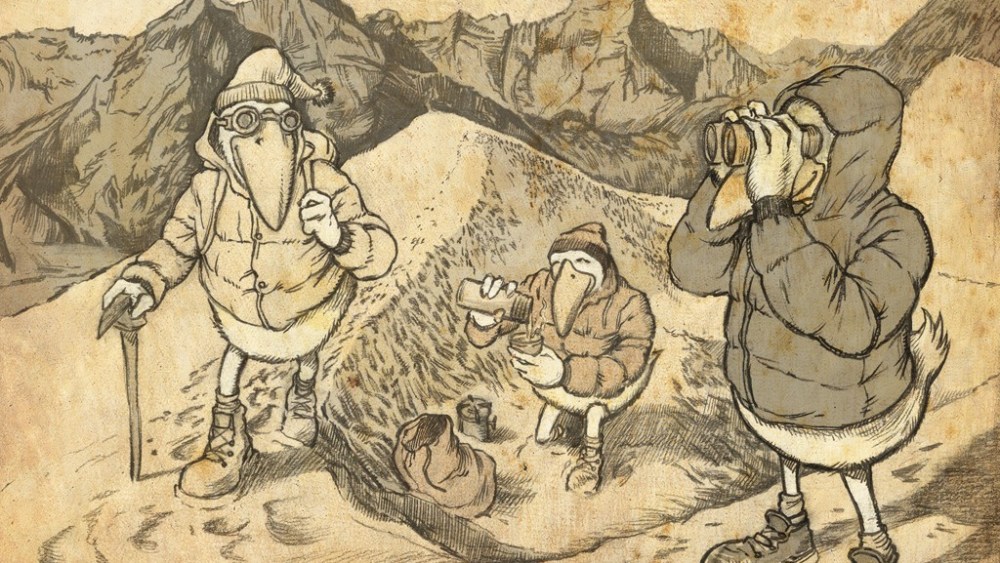 MILAN — Moncler will mark its 60th anniversary this year with a series of comics featuring MonDuck, the brand’s iconic duck character that appears on the label’s tags. The six-episode anniversary comics will be presented on the brand’s Web site starting Tuesday. Each episode will be dedicated to a decade, with the last 10 years concluding the project on Nov. 12.

“I, myself, don’t like my birthdays, but this is an important milestone for the brand,” Moncler’s president and creative director, Remo Ruffini, told WWD. “To mark it, we want to be close to our roots. We’ve always been connected to our history, and this is one of the reasons for our success. We are a modern and contemporary brand, but loyal to our history of explorations and technology.”

The comic strips, created by Christian Marra, take the reader through each decade. They begin in the Fifties, when the brand was born — produced in Grenoble, France — destined for climbs in Alaska, the Himalayas, Karakorum and Makalu. The comics move into the Sixties, when the duvet feather was patented, through the Naughts, which include Ruffini and The Carlyle Group’s acquisition of Moncler in 2003, as well as the new luxury direction of the company with the launches of the Gamme Rouge and Gamme Bleu collections. When Ruffini took over the brand, it evolved from a collection of utilitarian, down-filled apparel with mostly local distribution into a fashionable international label, and, to further sustain expansion, in 2008, a 48 percent stake in the company was sold to Carlyle.

“MonDuck has been associated with us since the Seventies,” said Ruffini. “It’s there with the washing instructions, it gives us energy and it’s an unusual reference point — it’s inside your garments, so you see it yourself, it’s personal.”

As for the future, Ruffini said he’s never abandoned the idea of an initial public offering. “We are always attentive to evaluate opportunities,” he said, while acknowledging the markets’ current instability.

Moncler sold a 48 percent stake to Paris-based investment firm Eurazeo in June 2011, pulling the plug on plans to list it on the Milan Stock Exchange that summer. Ruffini retained a 32 percent holding, while The Carlyle Group owns 17.8 percent of Moncler.