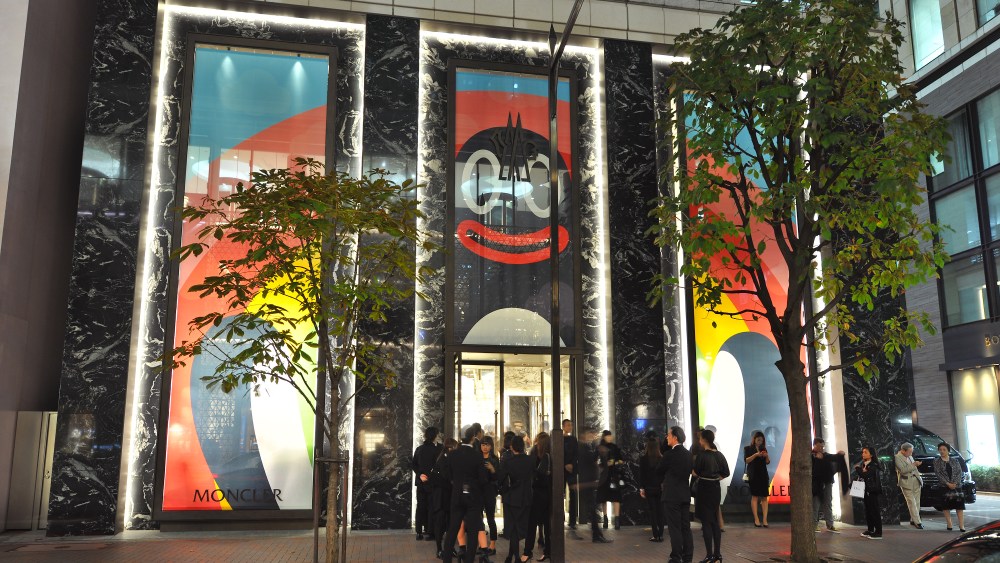 TOKYO — Moncler chairman and chief executive officer Remo Ruffini hopes his brand’s new boutique in Ginza will attract customers from the waves of tourists that have been flowing into Japan in recent months.

Ruffini said the influx of tourists to Japan has had little impact on Moncler’s business but he hopes that will change. The number of foreign visitors to Japan jumped 63.8 percent in August year-over-year after growing 51 percent in July, according to the Japan National Tourism Organization.

“Not as much as the other luxury brands, just because the Chinese are very Ginza-oriented, and we didn’t have a store in Ginza. Our store in Aoyama is very local. But let’s see, I think we are quite optimistic,” he said, declining to give sales figures for the brand.

The Ginza store is only Moncler’s second true flagship, carrying the brand’s full lineup of products. The other is in Paris. Ruffini said Tokyo was a logical choice due to Japan’s historic importance to the brand.

“Europe was our major market since the beginning, and after that Japan was the second market. And for us it’s very important after we’re here for many years to build something to explain exactly our strategy to the customers,” Ruffini said. “Because in the small stores you can show only the bestsellers, and here we can show really our strategy.”

With the opening of the new Ginza store, Moncler now has 25 stores in Japan, including shops-in-shops. While it also has 23 stores in China, Ruffini said that is not currently a particularly strong market for the brand.

“China at the moment is not one of the most growing countries, but we never want to push China. We always say we want to really split around the world,” he said. “China is one of the markets, but we have more stores in Japan than in China. We never push China because it’s always very volatile.”

Still, Ruffini noted that he sees potential in China because Chinese customers shop at Moncler when traveling internationally.

“I don’t think China has disappeared; I think China is going to recover soon, and it could be for sure the biggest market worldwide,” the executive said. “I think Chinese customers are still number one for us, very strong, because we have a lot of Chinese also in Europe.”

As far as additional expansion plans go, Ruffini is on the lookout for possible new flagship stores in key locations in cities such as London, New York and Zurich. While nothing has been decided yet, he said the company is “very close” to realizing some of these.

“We are not concentrated in any country; we’re really all around,” he said. “We try to have the best locations in Europe, in the United States, in Asia. You know, really care about the market and not concentrate. Because the market is very volatile.”

To commemorate the opening of the Ginza flagship, Moncler will be selling its collaboration collection created with the artist duo Friends With You. It will be available exclusively at the Ginza store on Saturday and Sunday, and won’t hit other Moncler stores worldwide until next year’s fall collection debuts. The artists, Samuel Albert Borkson and Arturo Sandoval III, were on hand at a party at the store on Thursday night. In addition, they will sign books and Moncler jackets at a special customer event on Saturday, which will also feature a DJ set by Virgil Abloh, a live performance by Japanese guitarist Miyavi and photo shooting by Terry Richardson. The Moncler collection is the first major fashion project Friends With You has worked on.

“For artists like us to see something like this, produced in a not mass, but at least a commercial perspective, is really interesting. Because those ideas, even though they seem very simple and digestible, they have higher meanings for us, and there’s ideas and concepts that we’ve been working on for the past 12 years,” Sandoval said. “So to see that somehow trickle through culture to this degree is kind of like a dream come true for us.”