How's this for conceptual: Despite a grim economic climate, Martin Margiela's freestanding stores and corners in Paris logged a 21 percent sales increase. 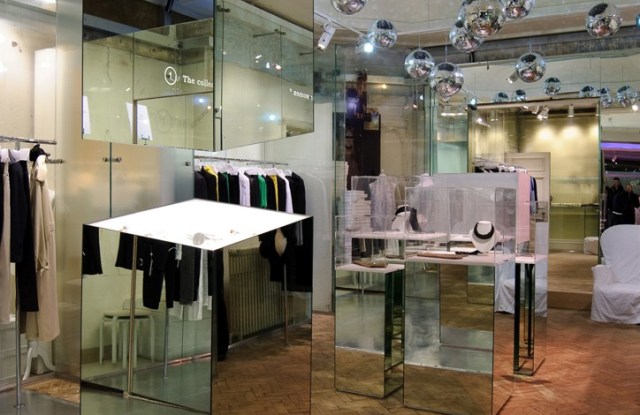 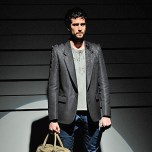 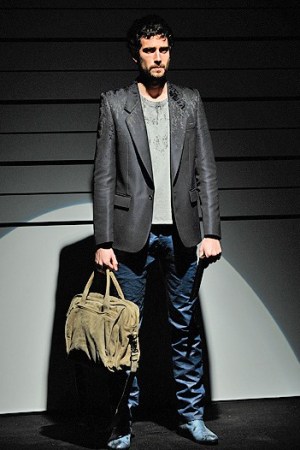 PARIS — How’s this for conceptual: Despite a grim economic climate, Martin Margiela’s freestanding stores and corners in Paris logged a 21 percent sales increase in January versus a year ago.

On average, sales in Margiela’s 35 shops and corners around the world posted a January bump north of 10 percent.

It’s a sign of continued, albeit tempered, momentum for the iconoclastic men’s and women’s wear designer, who celebrated 20 years in fashion last fall amid wide speculation he was walking off into the sunset.

“He’s still in his position,” assured Margiela chief executive Giovanni Pungetti, while disclosing the Belgian designer has recently reduced his day-to-day involvement and is now rarely spotted in the company’s rickety, all-white hallways. “He’s not here eight hours a day.”

Asked if Margiela would be backstage at his women’s fall fashion show on Friday, the ceo shrugged, “I don’t know. Sometimes he is, sometimes not.”

In an interview in his office at Margiela’s quirky headquarters, his desk a thick pane of glass laid over two sawhorses, Pungetti said the company would continue to expand its product universe and exhibit at Milan’s furniture fair Salone del Mobile next month.

“The idea is to go to Milan to show our philosophy in interiors that can be interpreted in the future. We feel our brand is a universe that can be enlarged to other territories,” he said.

Pungetti was cryptic so as not to spoil the “surprise” of its presentation. He characterized the Salone presence as more of a teaser for a launch in 2010 rather than an introduction of home objects or furniture.

The furniture collection is another example of the expansion of the brand since it was acquired by Renzo Rosso’s Only the Brave Srl in 2002. The house’s first fragrance, under license with beauty giant L’Oréal, will be unveiled to the trade in November, with distribution to follow in 2010, Pungetti confirmed.

What’s more, a second collection of fine jewelry, in partnership with Italy’s Damiani, will be unveiled later this year. Pungetti cited promising sell-through above 40 percent in the company’s London and Paris stores for the first collection, which arrived last November. Retail prices range from 1,000 to 5,000 euros, or $1,250 to $7,250.

Pungetti expressed regret the economic slowdown has thrown a wrench into the firm’s strong, profitable growth vector — and retail expansion drive. Business has toughened in Asia and Russia, and Japan remains challenging. Europe, by contrast, “is quite a good surprise because we are increasing in some markets; France, the U.K., and Italy are stable. The retail business is going very well all over the world,” he said.

Pungetti attributed the gains, in contrast to double-digit declines at many department stores and retail chains, to growing awareness and popularity of the brand, boosted partly by widespread media coverage of last year’s milestone anniversary, which included a retrospective exhibit at Antwerp’s MoMu fashion museum.

He also credited early deliveries and “good collections,” particularly the women’s line, which has recently ignited a trend to broad shoulders and sculptural necklines.

He forecast an increase in the range of 10 percent for 2009, and said the company would operate at breakeven. Women’s wholesale orders for fall, including its first pre-collection, dubbed Avant Premiere, have been “good,” he said.

“The collection that we have downstairs [in the showroom] that we are selling is absolutely one of the most Margiela collections we have ever had,” he said.

Still, the economic slowdown means Margiela will rein in its store expansion. Margiela’s first Dubai boutique, in partnership with Villa Moda Lifestyle, is slated to open this month. The brand will also fete its recently completed and expanded Munich location, and go ahead with a refit in Tokyo and a relocation in Seoul.

Other projects are on standby, although the brand will continue to scout for retail opportunities in Rome and Berlin, for example, Pungetti said.

“We have to be prudent and careful. This is not the moment to spend too much,” he said, citing tight controls on general expenses, for example.

As for Margiela himself, Pungetti insisted the speculation about the designer’s exit did not hamper the business, and said it’s been a “gradual” process of withdrawal as he built his teams and entrusted them. He noted that one senior creative staffer has been with Margiela for 19 years, and that the founder recently screened and recruited a successor to a senior designer who had recently resigned. The design team numbers 16, not including product development staff, Pungetti said.

“He’s concentrating on more strategic projects. He’s still working with us in the key decisions of the company,” he said. “Yesterday, we were calling each other.

“This is the spirit [Martin] wanted to create; that’s his philosophy,” Pungetti explained. “He’s more consulting with us than designing every product. The team is more Margiela than him.”