Moschino Takes Show on the Road to Shanghai 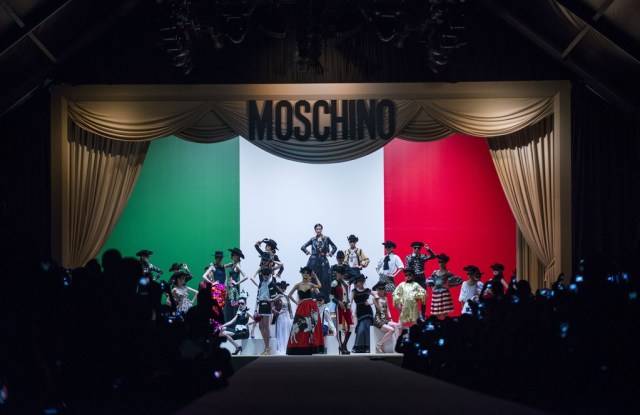 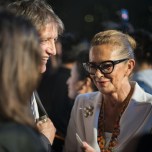 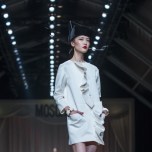 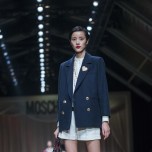 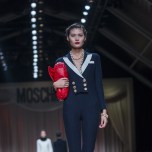 SHANGHAI — Visitors to this city of 23 million often remark that its glittering lights and gleaming skyscrapers, many of which were built in the last decade or so, render it a metropolis of the future.

Which is precisely why Moschino decided to hold an event Thursday evening here to celebrate the Italian brand’s 30th anniversary. The event wasn’t only about honoring the brand’s past, but was even more a celebration of its future, specifically in China, a market that Moschino entered five years ago. The company now has 42 stores in China where, according to executives, more needs to be done to raise consumer awareness about Moschino and what differentiates it from other luxury players that have had a presence in the country for decades.

Thursday’s event marked Moschino’s first runway show in China and the brand introduced its 2014 spring men’s and women’s resort collections as well as a selection from the archives. The show took place on a small man-made beach located on Shanghai’s famous Bund waterfront against a backdrop of dozens of glittering skyscrapers in Pudong, a district across the river where staggering feats of architecture were erected only in the last 10 years. Celebrity guests included Chinese actress Zhang Ziyi and Chinese models Du Juan and Emma Pei.

“There is always a first time for everything,” Rossella Jardini, Moschino’s creative director, said. “The real motivation is to help the Chinese people know more about Moschino.”

Jardini said the women’s resort collection features a capsule specifically for the Chinese market. Dresses were made more fitted as well as shorter to suit Chinese women’s tastes, while some necklines are cut more conservatively. Attention was also given to brighter, bolder colors for Mainland female consumers, she said.

“China is so big, and not everyone knows what the soul of Moschino is,” Massimo Ferretti, president of Aeffe, the parent company of Moschino, said. “We believe China, for Moschino, could be very important.” Ferretti said he expects China to comprise less than 10 percent of the brand’s global sales this year. “Our brand awareness is not enough,” he said. “Moschino is known but not well known.”

The timing of Moschino’s decision to broaden Chinese consumer awareness of the brand could pay off. A 2012 McKinsey study of Mainland shoppers indicates that a growing set of more sophisticated consumers are seeking out brands other than mainstream luxury players in order to differentiate themselves from their peers. “Interest among Chinese in products that appeal to their individuality is clearly on the rise,” the McKinsey study said.

“For us to be different is a key factor and a point of success,” Alessandro Varisco, Moschino’s chief executive officer, said. The ceo said Moschino is planning to open at least four new flagships in Shanghai and Beijing, though a timeline for the openings has not been finalized. So far, the brand does not have any directly operated retail locations in the country.

“We think that the market now needs some change,” Ferretti added. “Now, in all of the department stores, you have the same things — things must change. It is a little too boring.”

There was also a nod to classic Parisian chic silhouettes in boxy jackets, shifts and boat-neck blouses — the pouf skirt even made an appearance. Classic color palettes of navy, cream and black mixed with red were set off with a multi-colored painterly floral print. Another capsule was the safari palette-inspired separates in sporty silhouettes, popped with Moschino’s logo accessories and T-shirts. There were also Eighties eveningwear silhouettes with nipped waists, boxy shoulders and cascading ruffles.

Men’s encompassed tropical-surfer, mash-up prints in an oversaturated nautical palate of reds, blues and turquoises paired with neutrals, like khaki, navy and olive. Other looks included the neo-preppy/skate punk/boy scout also in a mix of prints and insignia on casual, sporty silhouettes. The cropped trouser and slim-fitting suit still feature prominently in tailored looks with photo prints as accents all over, like the lightning bolt suit.