Moschino to Show Men’s in London

This will also be the first men’s collection designed by creative director Jeremy Scott. 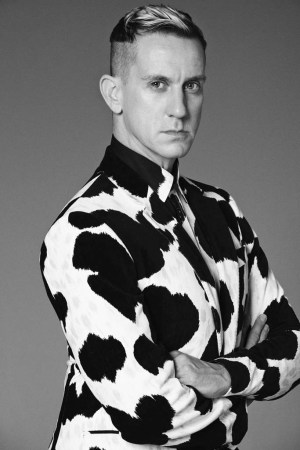 MILAN — For the first time, Moschino’s men’s collection will show in London this season.

Scheduled for June 16, the show will be held at 6 p.m. at a location still to be determined. This will also be the first men’s collection designed by creative director Jeremy Scott, who will also present around 15 pieces of Moschino’s women’s pre-collection on the runway.

A spokeswoman said Scott’s decision was “instinctive, for fun, and inspirational” — terms he associates with London’s “vibe and international crowd.” Scott has personal ties to the British capital, as he has previously shown his namesake collection there. Moschino’s own Cheap & Chic brand also showed three times in the city.

This step does not rule out a return to Milan or a potential move to other fashion cities, noted the spokeswoman. “There are many possibilities for the future,” she said, underscoring that, on the other hand, the women’s collection is “well-rooted in Milan.” She also highlighted that there is “no polemic” with Milan and its fashion organization.

Scott’s women’s looks for Moschino, which made their debut in February, garnered praise from retailers and the press. Leveraging the label’s bounty of references and iconography, infused with his own quirky sense of style, Scott’s designs, his social media activities, and his strong connection with pop culture — drawing the likes of Rihanna, Katy Perry and Miley Cyrus — returned the brand to the spotlight.

On Tuesday while discussing first-quarter results of Aeffe SpA, Moschino’s parent, Marcello Tassinari, managing director and chief financial officer, touted the arrival of Scott, who was tapped in October, and his contribution to the brand, which “is showing a growth above average.” For fall, the collection rose “above the average 10 percent.”

He said the designer has added strength to the brand, which is targeting a younger customer. “There are good prospects. If we were to consolidate the brand’s licenses, sales last year would have totaled 220 million euros [$302.1 million at current exchange] and we could expect sales of 240 million euros [$330 million] in 2014,” he said.

The Missouri-born Scott is a graduate of the Pratt Institute, introduced his own signature brand in Paris in 1997 and has worked with Christian Louboutin and Stephen Jones on accessories for his runway show. In 1996 and 1997, he won the Venus de la Mode Award for Best New Designer. In 1999, he was nominated for Best Young Designer by the Council of Fashion Designers of America. He has also worked with brands including Linda Farrow, Longchamp, Swatch and Smart, and is known for his eccentric Adidas Originals creations, incorporating teddy bears, cow prints and even leopard tails into his sneaker line.