“Inspiration Dior" opens to the public at the Russian capital's Pushkin Museum on Thursday. 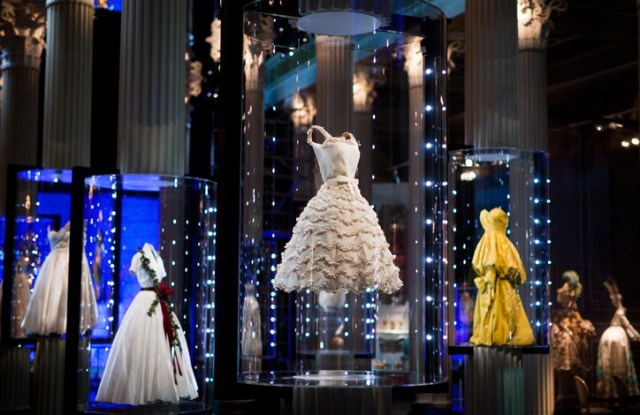 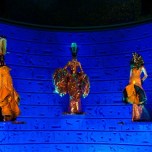 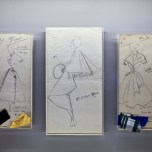 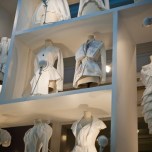 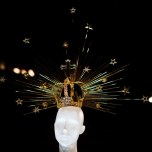 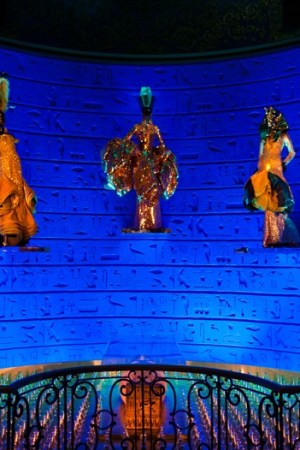 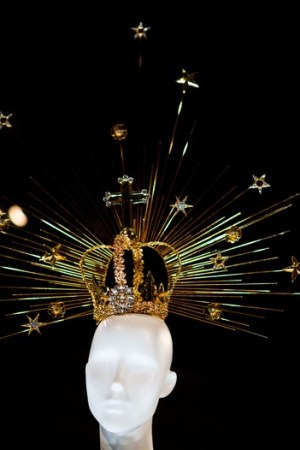 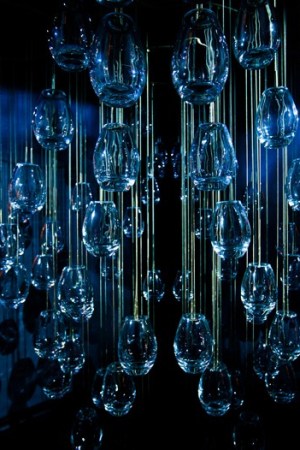 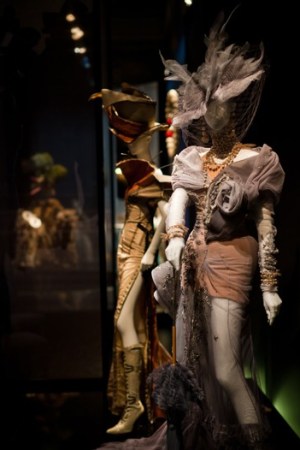 MOSCOW — More than 50 years after Christian Dior did the unthinkable and organized a show in the heart of Soviet Moscow, the storied French fashion house is back with another splash for the Russian capital.

This story first appeared in the April 26, 2011 issue of WWD. Subscribe Today.

Dior has transformed Moscow’s Pushkin Museum for “Inspiration Dior,” an exhibit that is in part an exploration of what drove the house’s founder to create his revolutionary silhouettes. It opens to the public Thursday, one day after the unveiling of the house’s redesigned boutique on Moscow’s luxury-lined Stoleshnikov Lane.

Luxurious ballgowns from the five designers that comprise the house’s 64-year history stand beside paintings by Toulouse Lautrec and Pierre Bonnard, photographs by Man Ray and Richard Avedon, Japanese prints and rarely seen works by Cézanne. The grand staircase leading to the halls that make up the exhibit stands dimmed, its centerpiece a work by contemporary Russian artists that has Dior’s signature bag emerging from stone, reminiscent of Michelangelo’s unfinished sculptures.

The staircase entrance is flanked by a black skirt and white jacket from Dior’s inaugural 1947 New Look line and a modern take on the look from the anniversary collection that launched John Galliano’s career at the house.

In some ways, the exhibit feels like a way of saying goodbye to the disgraced designer, his landmark pieces herewith assigned to the annals of Dior history. Dior has yet to indicate who will replace Galliano and officials repeatedly stressed they are in no hurry to name a new couturier and that the design studio would continue to produce collections. The cruise and winter couture collections are already under way and sources suggested Dior is likely to continue with a team approach for Paris Fashion Week in October.

“It’s a big moment for the brand,” said Sidney Toledano, chief executive officer of Dior, at a preview of the Moscow exhibit. “It’s a big moment to feel and see the masterpieces together with those artists who inspired Mr. Dior and other designers.”

Upon climbing the New Look staircase, visitors enter the Waltz of Time room, divided into six thematic installations. The Garden explores Dior’s love of flowers, with colorful designs by Dior and Yves Saint Laurent posed alongside Gustav Klimt’s Apple Tree. Other themes explore Dior’s love of The Ball, his inspiration from Marie Antoinette’s 18th-century France and the line’s use of jewelry. The Belle Époque corner features designs that seem to jump off the artwork of Toulouse Lautrec. Gold showcases five bright gold designs from Dior, hanging above a mummy coffin provided by the Pushkin Museum, set amid hundreds of bottles of the house’s signature J’Adore perfume.

“We wanted to create a dialogue of the objects through time,” said curator Florence Muller. “Fashion, like art, is inspired by what came before.”

Other halls highlight Dior’s global inspiration, from the Casbah to the flat landscapes of Siberia. Photographs give unique insight into the designer’s atelier.

Dior brought 120 pieces to display at the exhibit, with artwork on loan from the Musée d’Orsay, the Museum of Modern Art and private collections, among others.

Dior first came to Moscow as an impressionable 26-year-old in 1931, already enamored of the Ballets Russes and the Soviet avant-garde. In 1959, the house he founded put on a week full of shows in the Russian capital, with 12 wide-eyed models from Paris wearing a collection designed by Dior’s successor, Yves Saint Laurent. Some 12,000 Russians bought tickets to the shows, an unprecedented peak into Western luxury culture for one of the world’s most closed societies.

More than 50 years later, Dior remains a favorite for Russia’s moneyed elite. Dior opened its Stoleshnikov boutique in 1998, and has since expanded to St. Petersburg and the Urals city of Yekaterinburg, as well as a second Moscow shop inside the GUM department store on Red Square.

“The company has been doing very well, including in Russia,” said Toledano, pointing to results from 2010 and the first quarter of 2011 to prove that the brand weathered the global financial crisis. Yet the Russian market, in general, has been slower to recover than most. Toledano said there were no plans for expansion yet. “Instead of opening many locations, we are planning to expand existing ones,” he said.

“What we see in Russia today is the customer is looking for very high quality,” he said. Yet they still stand apart from their European counterparts. “They have this sense of a kind of extreme, a sense of folie.”

The exhibit, three years in the making, will plant Dior in the Russian consciousness for the long-term, Toledano said. “It’s not just about glamour,” he said. “It’s about showing 60 years of continuous momentum on an artistic approach. You may buy it or not — this is not the objective. You are invited to share the feeling and share what we have done.”

This is not the first time Dior has reached out to an emerging market darling. In 2008, the house staged an exhibit in Beijing, inviting 23 Chinese artists to create works inspired by Dior and then-designer Galliano. One of those works — a photolike portrait of Dior by Zhang Huan made from the ash of Buddhist temples — hangs in “Dior Inspiration.”

“Emerging countries give you some kind of energy,” Toledano said. “It’s like a new generation.”

Yet Toledano stands firm on the strength of the U.S. and European markets. “You still have a lot of wealth,” he said, seeing the upside even in sinking currencies. “These countries are also attracting a lot of tourists from emerging countries.”

“When you look at luxury goods, you speak to a portion of the population — and a city like New York, people need to spend some money,” he said. Even the Middle East remains strong, with Dior growing in places like Dubai, Qatar, Bahrain and the Emirates. The unrest in Bahrain, which saw security forces bloodily crack down on democracy protestors in early March, passed quickly, he said.

“The Middle East is doing extremely well. The crisis is happening in Egypt, it’s happening in Syria and we are not in those countries. It has no impact at all,” he said.

“The global economy is doing well — we have growth, thanks to China, thanks to many countries. And we have a new generation — people in high-tech. I like this new generation, who do everything through a creative process. They are sensible to art, to creativity.”