The designer is displaying his prized car collection — one of the most valuable in the world — in a lavish exhibition at Les Arts Décoratifs. 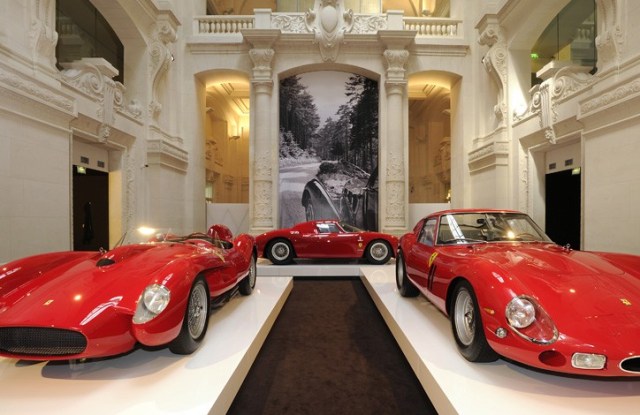 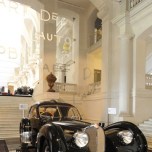 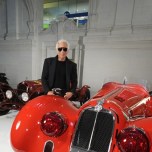 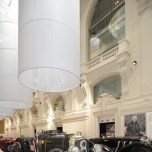 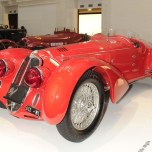 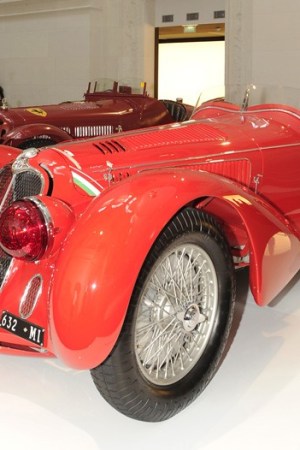 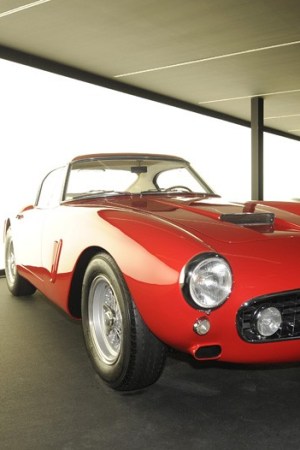 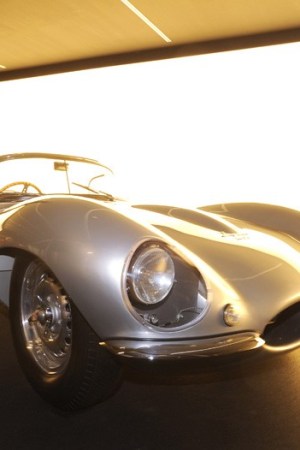 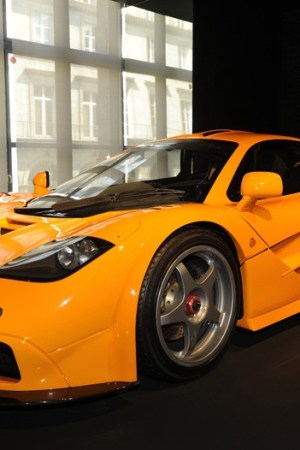 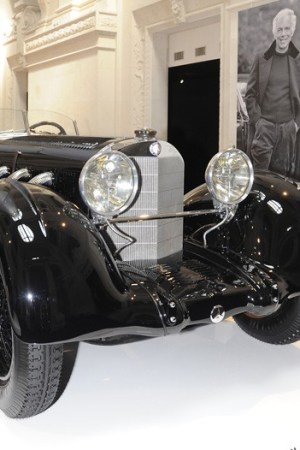 PARIS — Ralph Lauren is adding more horsepower to his revved-up European profile with a lavish exhibition at Les Arts Décoratifs devoted to his collection of rare vintage sports cars.

This story first appeared in the April 27, 2011 issue of WWD. Subscribe Today.

“I look at these cars as moving art,” the designer mused Tuesday as he surveyed some of the 17 gleaming beauties displayed in rows under the museum’s soaring nave. “These have a different, aristocratic sensibility to them.”

“The Art of the Automobile: Masterpieces of the Ralph Lauren Collection” opens to the public Thursday and runs through Aug. 28, giving the American fashion icon another golden moment in the French capital, a year after he christened his largest store in Europe in a 17th-century townhouse on the Left Bank here.

“It’s exciting to come here and bring my style and my flair. Paris has been very receptive,” Lauren said, citing sales 70 percent above plan in the 13,000-square-foot Saint-Germain boutique, and a fully booked Ralph’s restaurant, with its leafy, picturesque courtyard and ranch-fed steaks. “The French are particular about food and fashion. To be able to succeed in Paris is a good sign.”

Indeed, the store has already attracted more than 300,000 people, according to Polo’s tallies.

Lauren drew a parallel between the quality of the fine European automobiles on display, most of them with solid racing pedigree, and the vitality of his European business, which currently generates about $1.2 billion, about 21 percent of Polo Ralph Lauren Corp.’s reported sales. (The U.S. accounts for 67 percent; the rest of the world 12 percent.)

“The expansion [in Europe] has proven that they want quality, and quality is what I’ve always believed in,” Lauren said. “America is more mass oriented; Europe is more class oriented.

“The business has gotten stronger because the products have gotten better and better,” he continued. “We are considered a real luxury brand today. We probably sell more luxury clothes than anyone in the world.…I think there’s a lot of room in Europe for our concepts.”

In fact, Lauren said showing his collection in Paris instead of New York remains a real possibility.

“I’ve thought about it. I’m sure one day I’m going to do it,” the designer said, dressed in jeans, a sweater, blazer and cowboy boots — all in black except for the red threads on his lapel signifying the Legion of Honor he was awarded last year. “I feel I’m an international brand today. It’s been our goal to build an international business, with Paris and Europe. I have three stores in Paris now and that won’t be the last. We have Rugby and we have Double RL.”

As of the end of its fiscal third quarter, Polo counted 52 directly operated stores in Europe and has identified Rome, Berlin, Barcelona and Madrid among cities to help expand its retail presence on the continent. Last fall, Polo launched online sales in the U.K., and it will add France and Germany this summer.

Bringing Lauren’s cars to Europe — the crème de la crème of a collection numbering more than 60 vehicles — was certainly a mammoth logistical feat, requiring they be loaded and unloaded onto airplanes in the order in which they were later winched up stone staircases into the massive museum, home to collections spanning furniture, ceramics, toys, advertising posters, fashion and assorted objets d’art from the Middle Ages through today.

On Tuesday, workers were busy ridding the prized 1938 Bugatti Type 57 SC Atlantic Coupe of dust that was drifting in from the Tuileries Gardens and restoring the car’s sculptural splendor: like a windswept drop of the blackest oil.

Lauren reminisced about his lifelong fascination with sports cars, from the first Morgan he bought, later selling it before he got married “because I thought, ‘If it breaks down, I couldn’t afford to fix it,’” he recalled with a chuckle.

Today, he’s the proprietor of a world-class collection, each vehicle evoking glamorous imagery galore: The 1929 Bentley “Blower” is what James Bond drove in Ian Fleming’s first novels; the 1955 Mercedes-Benz 300 SL “Gullwing” was a favorite of celebrities including Sophia Loren and Elvis Presley, and screen icon James Dean died in an accident at the wheel of a 1955 Porsche Spyder similar to Lauren’s 550.

Elaborating about the hulking Blower, Lauren enthused how well-heeled British motorists gravitated towards its massive bodywork and formidable speed in the Twenties. “If I ever do a movie one day, that will be the car that inspires it,” he said with a wink. “It’s a big, macho, sexy sport.”

The cars — some models believed to be worth north of $20 million — have appeared in Polo advertising and publicity portraits, and inspired numerous products, from chairs and watches to a women’s collection in 2005 that was all curve-hugging silver, like his prize Mercedes.

Most of the cars have been in numerous races, with his 1958 Ferrari 250 Testa Rossa once piloted by Scottish champion Jackie Stewart.

The designer is to host at a gala preview and dinner tonight. An array of socialites, business titans and screen stars are expected, including Anouck Aimeé, Ziyi Zhang, Emmanuelle Béart, Michelle Yeoh, Jean Reno and Lambert Wilson.

“These cars were treated in a rugged way, and I find that appealing. They had functions, I always loved functional clothes: hunting jackets and tweed jackets, things that look better with age,” Lauren said. “With the clothing I design, I think they look better the next year.… Europeans really do understand oldness. They treasure oldness, and appreciate that it has value even if it’s old.”

Lauren lauded the “timeless beauty” of the cars, and the artistic touches, from leather-belted hoods and textured aluminum dashboards to the sweeping curves of fenders.

Lauren first gave the public a glimpse of his collection in 2005 with a showcase at the Museum of Fine Arts in Boston. There, he discovered the breadth of their esthetic appeal, especially among women.

“What’s interesting about these cars is you can’t say they look old,” he said, likening his red Ferraris to candies or toys; the 1933 Bugatti 59 Grand Prix to a piece of jewelry; his dark green shark-finned 1955 Jaguar XKD to Batman.

Designed by Jean-Michel Wilmotte, the exhibition is chronological, with the cars parked on minimalist plinths or rotating on turntables. Anterooms feature the cars’ inner workings, including an audio-video display of each engine’s signature rumble.

Lauren was clearly relishing his time in Paris, and was plotting a possible jaunt to the South of France before heading back to America.

Asked if he planned to watch Friday’s royal wedding in England, Lauren recalled having tea with the late Lady Diana, who used to buy Polo clothes for her sons, Harry and William, who is to wed Kate Middleton.

But he has more personal nuptials to think about. He said he’s busy designing his daughter Dylan’s dress for her June 11 wedding; and Lauren Bush’s for her marriage in September to his son, David.

Of Dylan’s dress he noted, “She’s going to have a long train, but not as long as the princess’.”