This is the latest collaboration introduced by the brand, which unveiled a store in Tokyo and a Parisian pop-up shop.

MILAN — While continuing its retail expansion, Mr & Mrs Italy is aiming to keep the buzz around the brand high by revealing the launch of a capsule collection developed with American fashion veteran Nick Wooster.

To be presented to buyers for fall 2020, the capsule will include 11 designs, mainly outerwear, but also a jumpsuit, a pair of pants and a waterproof trapper, all offering Wooster’s distinctive take on Mr & Mrs Italy’s high-end yet functional style. The pieces are crafted from materials including Loden wool, sheepskin, cotton and canvas, and are finished with fur linings and details, as well as metallic touches.

In keeping with the repositioning of the company, the Nick Wooster x Mr & Mrs Italy capsule is designed to be unisex. Chief executive officer Frediano Sebastiani explained that the brand was launched as a women’s wear label, but it now includes a men’s division that accounts for 30 percent of total sales.

The launch of the capsule is part of the brand’s strategy aimed at diversifying its product offering.

Earlier this year, for example, the outerwear specialist teamed with Milanese emerging label Le Tasca, which added a functional twist to some of the brand’s parkas, field jackets and vests and at the same time collaborated with cashmere label The Cape Code for a selection of parkas crafted from double-faced cashmere. These are exclusively available at the Mr & Mrs Italy store on Milan’s Via Bagutta. The brand also operates another shop in Milan, on Via Sant’Andrea. 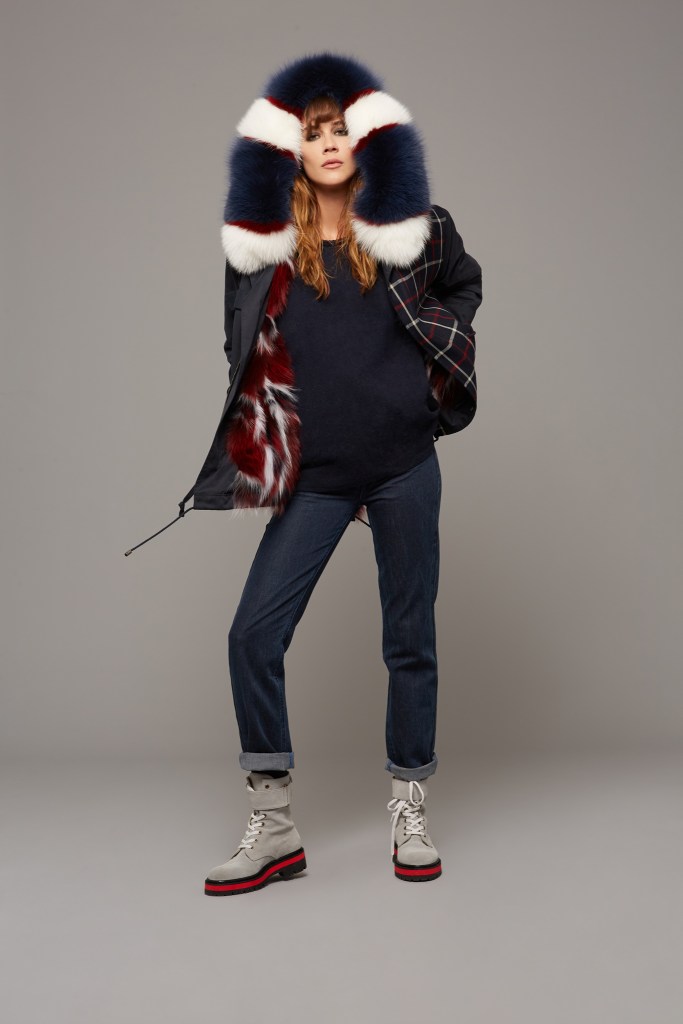 “We aim to differentiate the two stores through the product offering,” said Sebastiani. “With the shop on Via Bagutta we talk to an audience looking for more timeless and classic items, while we dedicate the Sant’Andrea store to the most fashionable and trendy part of our collections.”

While the brand continues to develop a range of ready-to-wear products and accessories for its stores, the main focus is on outerwear. “I think that especially now, retailers really look for brands that are true specialists in their categories,” said Sebastiani, putting the accent on the fact that Mr & Mrs Italy aims to extend its leadership from a single item, the parka, to the whole world of revisited utilitarian jackets.

To reach its expansion goals, over the past few months Mr & Mrs Italy has enlarged its retail business with a store in Tokyo’s Aoyama district, as well as with a nine-month pop-up that opened its doors at the end of August on Paris’ Rue Saint-Honoré.

At the same time, the company has signed a strategic partnership with Alibaba to open a store on Tmall.

Asia is Mr & Mrs Italy’s biggest market with 11 stores across China, Hong Kong and Macau, as well as eight additional units in Korea and Japan. Along with the two shops in Milan and the temporary boutique in Paris, the brand also operates a store on New York’s Madison Avenue, as well as another boutique at Toronto’s Yorkdale shopping center.