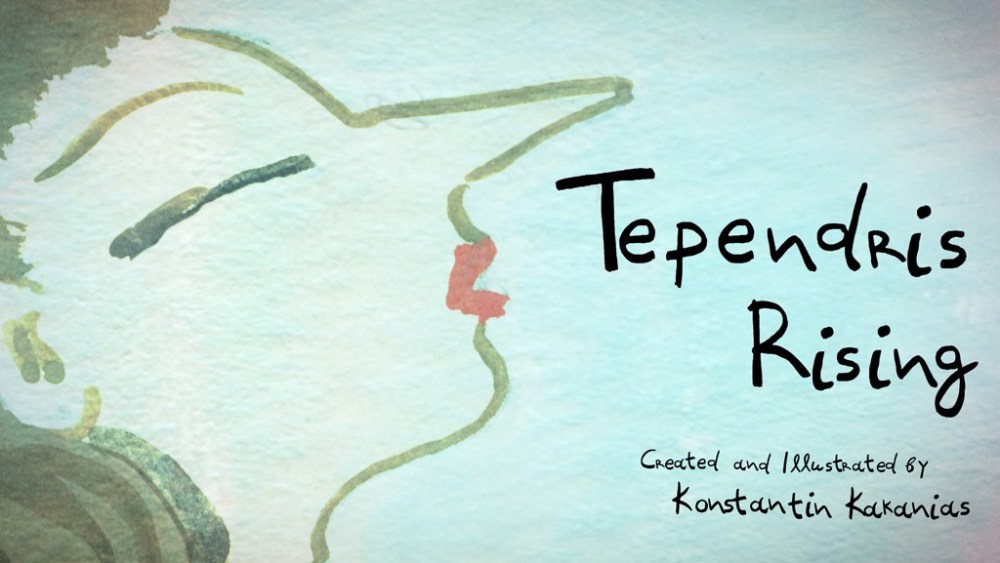 Fashion loves a comeback, so it only seems fitting that Mrs. Tependris, the cartoon alter ego of Los Angeles-based artist Konstantin Kakanias, is making her return on the catwalk of fledgling fashion label Co.

For the first time, the eccentric Greek style maven will come to life in an animated short, “Tependris Rising,” created in tandem with Co’s fall 2012 collection, and premiering on Tuesday at Soho House West Hollywood and Wednesday on Style.com. While Kakanias has been approached many times over the last 20 years about bringing Mrs. Tependris to the screen, he has refused until now. In fact, he hadn’t drawn her for four years.

“I love her, but sometimes I get angry with her and swear I’ll never draw her again, then out she comes again,” he says. That provided the basis for the narrative, which was written by Co co-owners and designers Stephanie Danan and Justin Kern, who are also a film producer and a screenwriter, respectively.

“We put a 30-second clip together showing how she’d been cryogenically frozen for the last four years, and [Konstantin] loved it,” says Danan, who partnered with the animators of the Oscar-winning short “Logorama” and Daft Arts directors Paul Hahn and Cédric Hervet, who go by the name The Pain. The process began in January, and became a collaboration with everyone from composer Joe Trapanese to Bryan Ferry and David Bowie, who gave permission to use their songs “The In Crowd” and “Let’s Dance,” respectively.

“I have to admit I never thought that two straight guys could turn a campy fashion project into something cool, but the result is a completely charming film for all ages,” he says of The Pain.

Kakanias references everything from Japanese horror films to Esther Williams to Donald Judd in the seven-minute short, which has its heroine so taken with her refreshed appearance that she demands to get onto the nearest runway, which features Co’s colorful furs and sleek black dresses.

While Danan and Kern have released shorts during their buyer presentations for the last two seasons, they chose to debut their latest one as the clothes hit stores.

“You can reach a bigger audience with films,” says Kern, who said that Barneys New York and Browns London approached them about buying the collection after they saw Co’s first short. “Our goal here was to attack a different genre and show the versatility of the clothes for different women.”