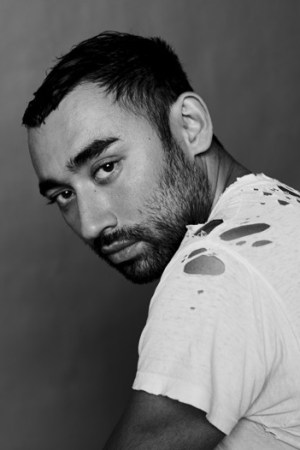 PARIS — Thierry Mugler is taking a Lady Gaga-esque track back to fashion notoriety.

This story first appeared in the September 13, 2010 issue of WWD. Subscribe Today.

The Paris-based fashion and fragrance house has named Nicola Formichetti — best known as stylist to Lady Gaga — its new creative director of women’s wear and men’s wear, confirming a report in WWD on Sept. 9.

Formichetti will succeed Rosemary Rodriguez, who quietly arrived at the Clarins-owned fashion house in 2008, keeping a low profile and her fashions tame.

Touting Formichetti, 33, as being “on the cutting edge of international pop culture,” Thierry Mugler SAS said he would show his first collection for fall 2011, overseeing two newly engaged designers. The format for presenting the revamped lines has yet to be determined.

Sébastien Peigné, a 10-year veteran of Balenciaga and head of the studio since 2006, has been named head designer of women’s under Formichetti, while Romain Kremer, 28, who has shown experimental looks for men under his fledgling Paris label since 2005, will be head designer of men’s.

“We were looking for a young talent who could really bring new energy to the brand,” stated Joël Palix, president of Clarins Fragrance Group, Mugler’s parent, and director general of the Mugler company. “Nicola is a multicultural, techno-savvy expert involved in fashion, communication, image and entertainment. He and the appointed talented designers will represent a new direction for French fashion.

“Thierry Mugler has an incredibly rich heritage, which means we must always innovate, create something new, daring and special,” Palix added.

To be sure, Formichetti is comfortable in the daring department as the man behind Gaga’s outrageous stage and video getups, from direct-from-the-runway Alexander McQueen armadillo shoes and custom-made sparkling bodysuits by Giorgio Armani to a towering hat by architect Frank Gehry. His most recent outfits for the outré singer were on view Sunday night at the MTV Video Music Awards in Los Angeles.

Born in Japan to an Italian father and Japanese mother, Formichetti describes his style on his site — next to a photo of him in a sleeveless denim vest and multiple bracelets doing his best “Cats” claws-out pose — as the result of an “internationally eclectic” upbringing.

In addition to his celebrity styling and editor work, Formichetti consults for a number of brands, listing among his clients Prada, Costume National, Levi’s and MAC. A spokeswoman for Mugler said he would continue with his editorial and celebrity work.

Plenty of stylists have ventured into fashion in recent years, including the likes of Rachel Zoe, L’Wren Scott, Andrea Lieberman and Lori Goldstein. But by hiring someone behind the biggest music-fashion tsunami since Madonna, Mugler’s choice stands out from most recent fashion appointments at major fashion brands: mostly little known second-in-command designers.

Formichetti was traveling Sunday and could not be reached for comment.

However, in a statement, he told WWD: “Thierry Mugler is about the power of glamour and walking straight into the future. He’s been a god for successive generations in the fashion industry. He fused pop and high fashion, told a story in style and combined fantasy with reality. My approach is personal and always very eclectic. I’d like to find new ways for a luxury brand such as Thierry Mugler to excite people.”

Formichetti certainly has a rich heritage to draw upon, given Mugler’s theatrical shows, some of the most iconic of the Eighties, and Mugler’s recent tabloid-worthy shenanigans, including nude photos of his bulked up physique that circulated on the Internet. The founder continues to work on fragrances that bear his name, and has also created costumes for Cirque de Soleil. In 2009, he served as the creative adviser for Beyoncé Knowles’ “I Am…Sasha Fierce” world tour.

Strasbourg, France-born Mugler trained as a classical dancer, and founded his namesake fashion house in 1974 at age 25, earning fast acclaim for his futuristic and hyper-feminine designs. Along with Jean Paul Gaultier and Claude Montana, he helped electrify Paris in the Eighties with his sculptural designs and theatrical shows starring the likes of Jerry Hall and every supermodel who looked good in a catsuit.

He also earned acclaim as a photographer and went on to create a series of successful scents with Clarins, staring in 1992 with Angel, a blockbuster which endures as one of the world’s top-selling fragrances. However, Mugler’s fashions lost momentum and resonance in the minimalist Nineties and, in 2003, Clarins shuttered the money-losing fashion business, selling its remaining four stores and Anger, France-based factory to Balmain.

Mugler licensed out its men’s wear, first to Tombolini Group, transferring the license earlier this year to another Italian firm, Inghirami, but it focused mostly on building its fragrance portfolio, creating Alien in 2005, and following up this year with Womanity.

Mugler quietly resuscitated its women’s wear line in 2008, tapping Rosemary Rodriguez, a Mugler alum who had previously been at Paco Rabanne, as creative director for women’s wear and men’s wear.