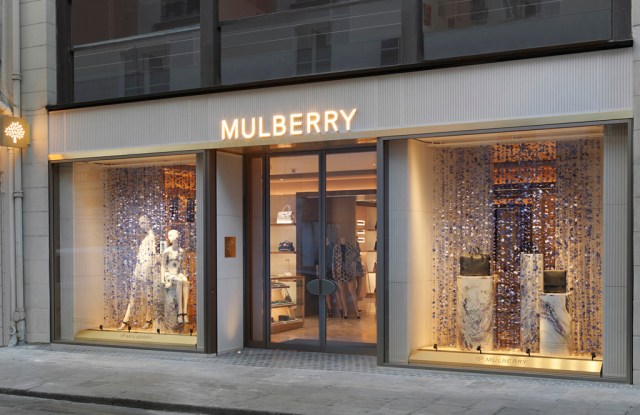 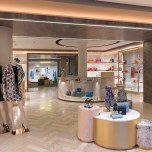 The British accessories firm, long present on the Rue Saint Honoré, has moved to a new location on the popular shopping corridor that is double the size at 3,200 square feet, making the new venue its largest European unit outside of the U.K.

Mulberry’s chief executive officer Thierry Andretta called the reopening “a major milestone,” adding that the arrival of Johnny Coca as creative director in July would further “mark the start of an exciting new era for the Mulberry brand.”

Coca most recently served as head of accessories at Céline.

Much like in London, the Paris flagship hosts the brand’s full range of men’s and women’s accessories, ready-to-wear and shoes. In addition, customers will have the opportunity to customize their leather goods at a marble monogramming bar set in the shop’s center.

Taking cues from the brand’s English countryside roots, visual designer Genevieve Bennett created bespoke leatherwork for wall panels harking back at the Medieval floral motif that is carved into the stonework of Somerset’s Wells Cathedral, while floral artist Rebecca Louise Law provided the store’s first window installation — a flurry of 12,000 delphiniums, delicately pressed and suspended on a copper wire.