The designer recently opened her second flagship in Tokyo's Ginza shopping district and plans to break into China.

By Amanda Kaiser and Kelly Wetherille on May 2, 2012
View Slideshow 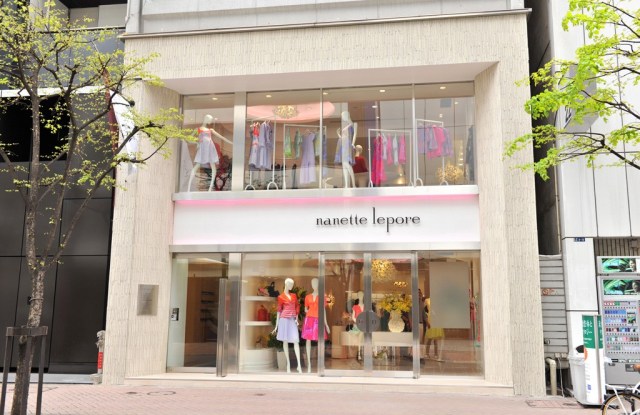 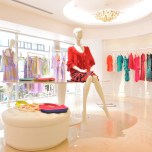 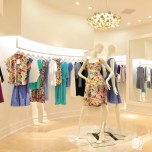 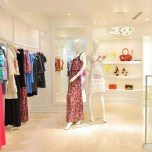 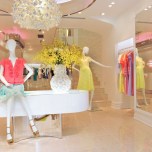 TOKYO — Nanette Lepore, which just opened its second freestanding store here, is embarking on an Asian expansion drive with the help of its Japanese partner, TSI Holdings Co. Ltd.

The designer, along with her husband and the fashion house’s chief executive officer, Bob Savage, and their daughter, Violet, recently visited Tokyo to celebrate the brand’s new two-level flagship. The airy 2,217-square-foot store, which opened April 13, is located in the Ginza shopping district around the corner from the Gap and Gucci flagships. TSI, the company that resulted from the merger of Tokyo Style and Sanei International, also recently renovated the Nanette Lepore flagship in Aoyama. TSI is expecting the Ginza store to generate sales of about 100 million yen, or $1.23 million, in its first year.

“Now we have a steady and loyal clientele here in Japan just like we have in the States,” said Lepore, who said that the brand’s momentum is picking up in Japan. “When I was [last] here 11 years ago, there were these very rigid rules about what a woman could wear here and that you had to target a customer who was between 18 and 24 and then 26 to 36.…I notice that there’s a real mix going on now.…I’m happy to see that they’re breaking formula,” she said.

The designer opened her first store here about a decade ago with longtime partner Tokyo Style, but she and Savage noted that the Japanese company’s integration with Sanei has injected fresh resources to the brand.

“All of the sudden, I don’t know what happened but they decided to really invest in us and take it to another level,” said Savage.

Yasuo Yamada, a director and general manager of Tokyo Style, said it was important to give Nanette Lepore a presence in Ginza.

“We’ve always been putting effort into the brand [in Japan],” he said. “It’s been 11 years since we opened the store in Aoyama, which is an area that holds a high status for a brand. But over the past years Ginza has become a place that’s at the center of the Japanese market, so we decided that, if we didn’t open a store in Ginza, it would be difficult to gain greater brand recognition in Japan.”

Nanette Lepore currently has 28 stores in Japan and Yamada said TSI might add a door or two, perhaps near the western city of Osaka. The company is instead concentrating its expansion efforts on China.

In partnership with TSI, Nanette Lepore is planning to open five stores in China by September. The first, in May, will open in the city of Kunming in the southern, central part of the country. Four more stores are in the works for Hong Kong, Hangzhou, Changzhou and Suzhou. Yamada said he hopes to open stores in Shanghai and Beijing sometime next year.

“More than Beijing, we’re especially interested in Shanghai,” Yamada said. “But we were able to secure real estate in the other cities first, which is why those openings will be sooner than the one in Shanghai.”

Savage said he didn’t believe the brand’s price positioning would have worked in China some five to six years ago, but clearly that has changed.

“We’re very optimistic right now. This is a great thing for us to go into China,” he said. The executive said the brand currently does a little more than $100 million in retail worldwide ($12.33 million in Japan with TSI) but that figure will increase “considerably” with the new openings in China.

Savage and Lepore admitted that it took some time for things to fall into place with their Japanese franchisee, which manufactures many of the products sold here using design specifications from Lepore’s design team in New York. TSI has production facilities in China. But the designer said the two parties have made considerable progress over the years.

“I can’t tell the difference,” the designer said of TSI’s own product lineup and the brand’s American merchandise, much of which is made in New York’s Garment District. “We’re getting more on the same wavelength.”

Yamada said that for China, the initial merchandise offering will be imported from the U.S., in order to help build an image among Chinese consumers of a true New York brand. After seeing how things go over the first year or so, TSI may consider a manufacturing agreement for China that is similar to the one it has in place in Japan, Yamada said. The executive said that he expects Nanette Lepore’s competitors in China to be similar to those in Japan, such as Theory and See by Chloé.

In Japan, Nanette Lepore’s retail prices range from 9,345 yen, or $114 at current exchange, for a striped T-shirt from the designer’s knitwear range Oonagh to 61,950 yen, or $759, for a sleeveless silk dress with pleated details.