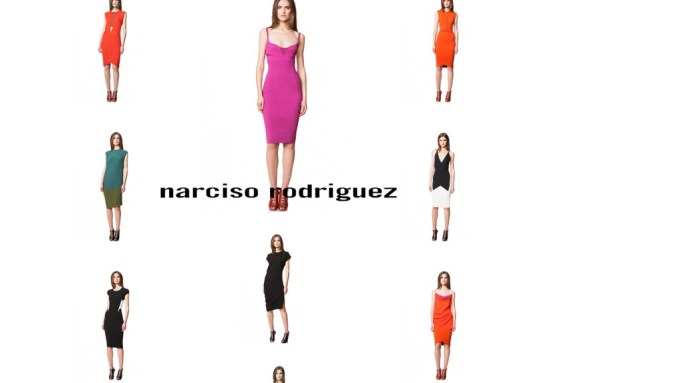 NEW YORK — Narciso Rodriguez is in expansion mode, this week unveiling a revamped Web site that will have e-commerce capabilities for the first time.

The company embarked on three major initiatives last year: the introduction of both footwear and handbags, and the decision to recreate the brand’s digital flagship in partnership with Wednesday and Acadaca. The latter is part of the company’s long-term plan of servicing the consumer directly, according to Narciso Rodriguez chief executive officer Robert Wichser. He calls the new site “a key growth vehicle” for the company going forward, predicting that e-commerce at narcisorodriguez.com will become 20 to 25 percent of the overall business.

“We’re treating it as our flagship store. We believe it has global reach, and it’s one area that ties the world of Narciso Rodriguez into one,” Wichser told WWD.

He revealed that the brand saw double-digit growth in 2012 and projects an additional 30 percent growth by year’s end. This week alone, Wichser reported that 65 percent of traffic coming to the site is coming from the U.S., but the remaining 35 percent is international, spanning Italy, France and Australia.

The brand doesn’t have a retail presence yet, but Wichser acknowledged that operating freestanding doors is critical to further establishing the brand. “It’s at the top of our list,” he said, revealing that fall 2014 is the target date for the first retail opening.

Rodriguez sees a growth opportunity in particular for accessories online, and is eager to see how and which parts of the collection will grow and evolve with a dedicated e-commerce channel.

“There’s been a great momentum in ready-to-wear and fragrance and with our new launches of shoes and bags, we really wanted the redesign to showcase everything that we do and get the brand message across exactly as we want to,” Rodriguez said.

The designer, whose line is now carried in 80 doors worldwide, has generally shied away from the digital and social media space. The brand has about 20,000 fans each on Facebook and Twitter, and prior to this week, narcisorodriguez.com was a joint venture with Beauty Prestige International and primarily focused on the Narciso Rodriguez fragrance business.