Natacha Ramsay-Levi Steps Down at Chloé

The French designer brought an edgy elan to the Paris-based house over a nearly four-year stint.

Natacha Ramsay-Levi on the catwalk at Chloé Fall 2020 show

Will Chloé — helmed by a string of mostly female designers since 1997 — continue its tradition?

Another designer guessing game was triggered on Thursday when the French fashion house revealed that Natacha Ramsay-Levi, who brought an edgy élan to the brand over a nearly four-year stint, has stepped down as creative director.

Chloé revealed her departure in a brief press release, but stopped short of naming her successor, saying that would be done “in due course.”

In a brief statement, Ramsay-Levi thanked Chloé for the “great privilege” to express her creativity and to refocus the maison on its “commitment to intellectual freedom and to fundamental values that unite all of us.”

“I am equally thankful for their support in my decision to leave my position. I do so with a sense of hope for the development of this great brand and its renewed commitment to a meaningful and powerful femininity,” she said. “Over the last months of health, social and economic turmoil, I have thought about the changes I want to see in our industry and how to better align them with my own creative, intellectual and emotional values. It is this reflection that makes me consider my future differently and desire to pursue new opportunities.”

In the statement, Chloé chief executive officer Riccardo Bellini thanked Ramsay-Levi for making “a great contribution to Chloé, bringing at its center the intelligence and sense of mission that were defined by our founder. She is an important member of that proud tradition of women who have designed at Chloé. Her creative leadership and her vision have written a powerful and meaningful chapter in our story.”

Long a key associate of Nicolas Ghesquière, Ramsay-Levi joined Chloé in April 2017 from Louis Vuitton, where she had been creative director of women’s ready-to-wear since 2013.

The designer started her fashion career at Balenciaga in 2002, and rose through the design ranks to become Ghesquière’s top design deputy. When the Frenchman exited Balenciaga in 2013, she went on to consult for several brands, including Hermès and Acne Studios, before rejoining Ghesquière at Vuitton. 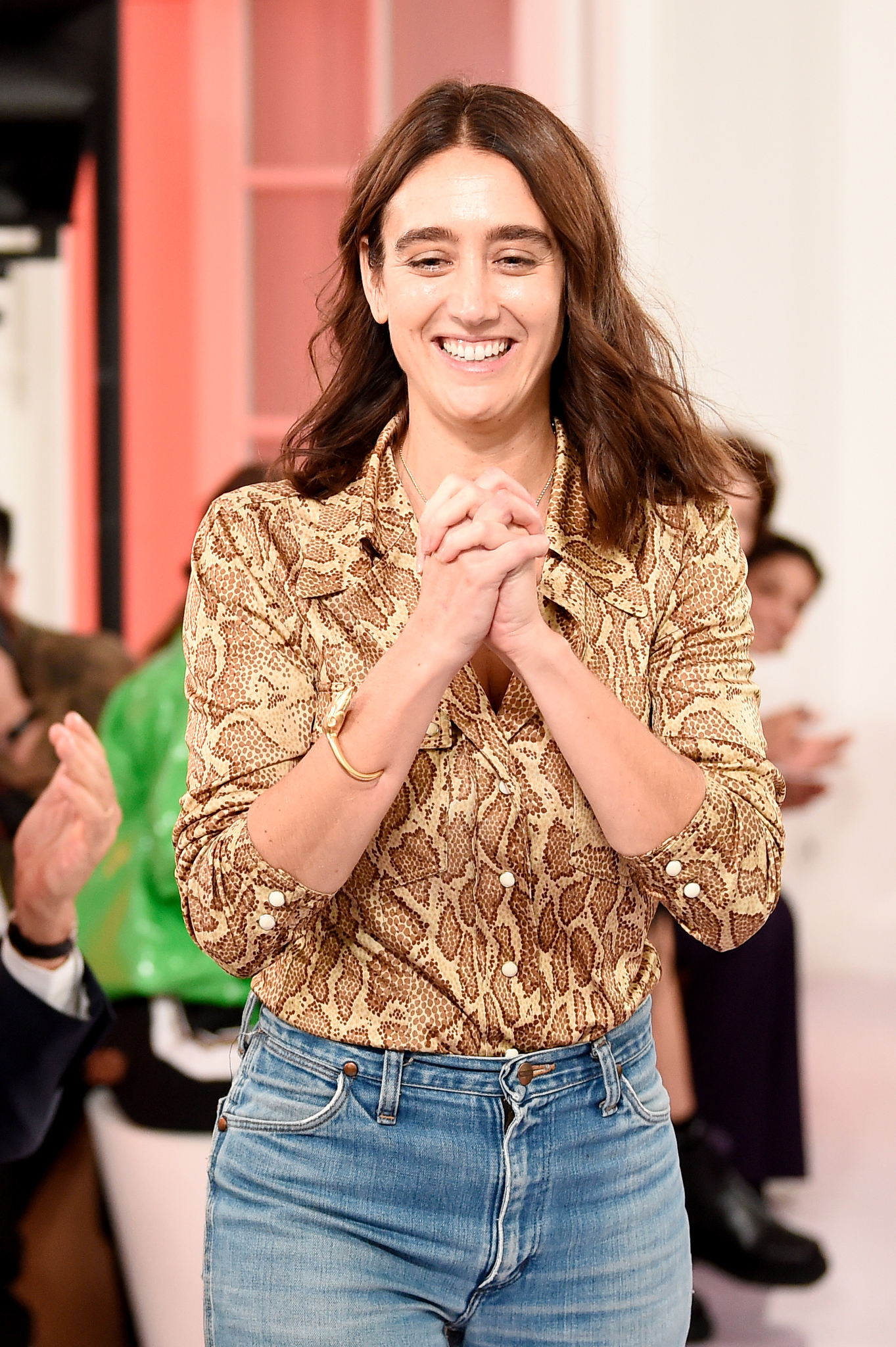 Natacha Ramsay-Levi on the catwalk after her first show at Chloé.  WWD

Ghesquière was invariably in the front row of all of Ramsay-Levi’s shows to cheer her on.

That said, Ramsay-Levi kept a relatively low profile, even as she helped the house inch its way toward a more purpose-driven business model hinged on social sustainability and aiding the advancement of women.

Her spring 2021 fashion show, held outdoors in early October in the shadow of the Palais de Tokyo, featured T-shirts and dresses bearing words by the late American artist Corita Kent. A religious sister, Kent won acclaim in the Sixties for her slogan-based works about poverty, racism and war, and her messages of peace and social justice. 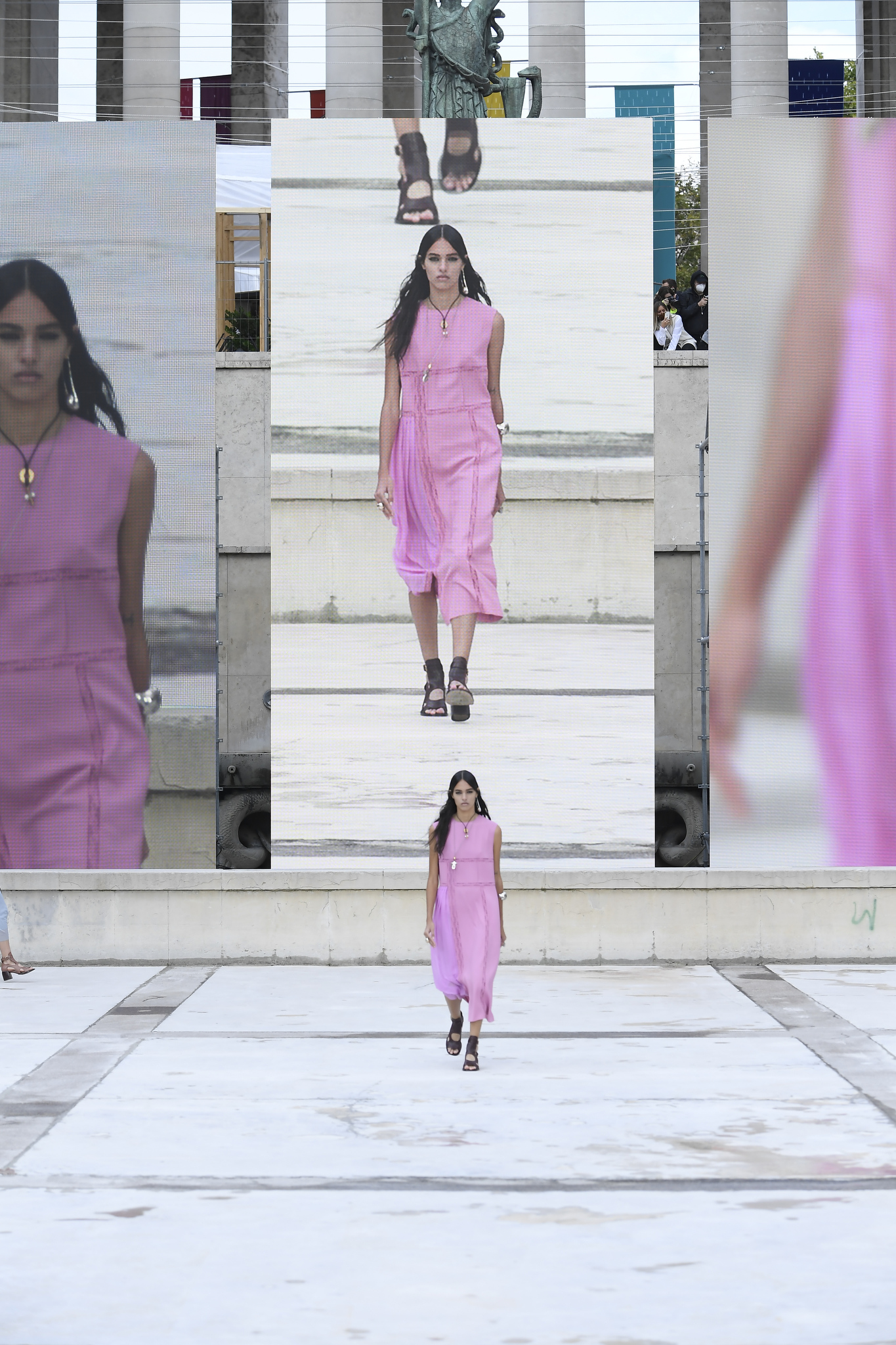 It is understood that a contract with a successor for Ramsay-Levi has yet to be concluded.

Speculation as to who could be the next Chloé designer has centered on Gabriela Hearst, who won wide acclaim for her Paris Fashion Week debut last October, and whose signature brand is grounded in “honest luxury” and sustainability.

Told about the speculation around that time, she told WWD in an interview: “I’m not sure about it. That’s very nice to be thought of for that, but I’m very committed to my work.”

A spokeswoman for Hearst, reached Thursday after the news of Ramsay-Levi’s exit, declined comment.

Other names sources floated as possible candidates include Ilaria Icardi, design director at Victoria Beckham, and Gabrielle Greiss, who has designed for Chloé and Sonia Rykiel.