Sisi Li described her customer as a woman who’s sophisticated, appreciates quality and fit and is forward-thinking. 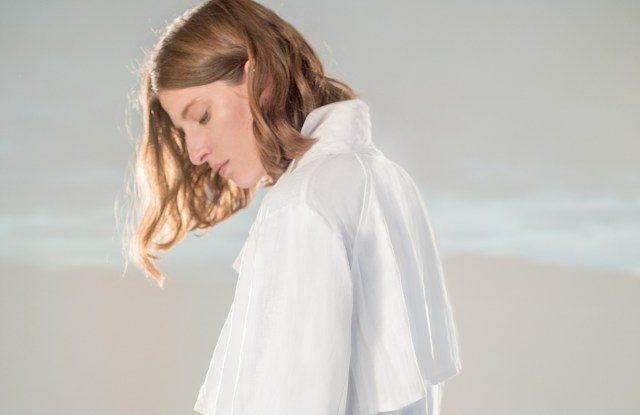 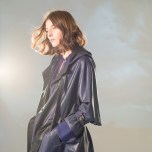 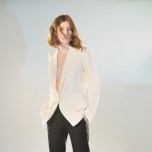 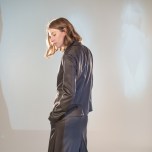 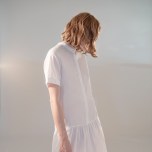 Sisi Li, the designer behind sportswear collection Nells Nelson,  is ready to step into the spotlight.

Li started Nells Nelson (named for her husband and son) in 2015, when she was living in Italy. Today, she sells several stores in the U.S. such as If Boutique in SoHo; Joan Shepp in Philadelphia, and A’marees in Newport Beach, Calif., as well as private clients. She produces her collection in factories in Italy.

She is personally showing her spring collection to stores at the Apropo showroom at 43 West 24th Street, where she is a guest this season.

The spring collection wholesales from $190 for the cotton shirts up to $1,200 for the cashmere coats. Jackets wholesale between $550 and $700. The clothes carry Italian sizing and range from sizes 38 to 48.

“I love jackets, they’re like sculpture to me,” added Li. “I know my clothes are very quiet. I work with silhouettes and proportion. They’re quiet and dramatic,” she said.

Li described her customer as a woman who’s sophisticated, appreciates quality and fit and is forward-thinking. “These can be worn with a T-shirt or jeans, you don’t have to think too hard,” she said.

Li moved from Hong Kong with her mother at 17 and landed in Topeka, Kan. After 21 days in Kansas, she decided to leave for New York City on her own. Struggling to pay bills and support herself, she worked jobs in restaurants, as a real estate assistant and a production assistant for a factory that makes clothes for the mass market.

She began her fashion career at French company Et Vous. After three years, she was approached to start her own collection. She launched her first men’s collection in Paris. From 2003 to 2009, she and her husband created Iisli, partnering with Andrew Rosen and Elie Tahari. Iisli became a key contemporary collection in major retailers across the U.S., and in more than 300 specialty stores worldwide.

Li said she wants to progress carefully with her own label.

“I’m not trying to rush into it. I’m doing it slowly, taking one step a time. I like the fact I was able to talk about each piece, why I’m making it and how I want you to feel,” she said. “Even though I may not be there [when a customer tries on the clothes], you can feel it when you put it on.”