Online retailer has teamed with the Colombian-born designer to exclusively sell his reborn label starting July 11. 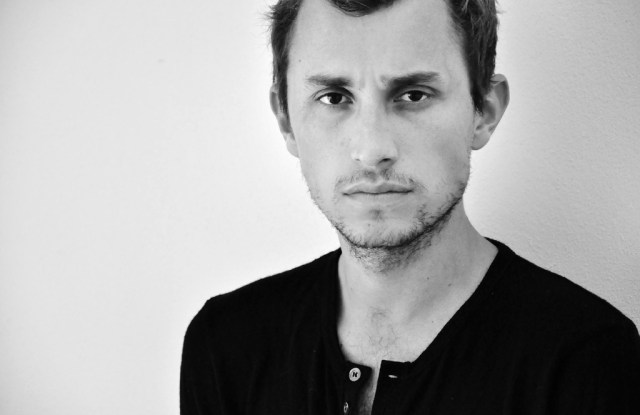 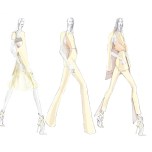 PARIS — Esteban Cortazar — perhaps best known for his three-season stint at the troubled house of Emanuel Ungaro — is relaunching his signature brand, WWD has learned.

He has a powerful partner in tow: Online retailer Net-a-porter, which teamed with the Colombian-born designer to exclusively sell his reborn label starting July 11 with a trans-seasonal, 17-look collection.

“It’s a first for us, being involved from the very inception,” said Holli Rogers, fashion director at the retailer, owned by Compagnie Financière Richemont SA.

She noted that Net-a-porter provided some financial support to Paris-based Cortazar and worked closely with him on the collection’s development. The retailer intends to orchestrate a marketing push to drive sales on the site, which boasts some 4 million unique visitors a month.

For his part, Cortazar designed the “sensual and sculptural” range and lined up production at Italian manufacturer Viser Srl, with which he formed a strong bond while he was at the creative helm of Ungaro, from 2007 to 2009.

At 27, Cortazar is already a 10-year veteran of the industry, having taken time off from high school in Miami to present his signature collection on the runway during New York Fashion Week.

Championed by retailers including the late Kal Ruttenstein at Bloomingdale’s, Cortazar sold his signature label to a handful of American stores from 2002 until 2007. He arrived at Ungaro at age 23.

“It was the opportunity of a lifetime,” Cortazar recalled in an exclusive interview, saying the experience opened his eyes to the haute capabilities of European ateliers, and cemented his wish to remain in the fashion capital.

In his post-Ungaro career, Cortazar worked on a fashion project with Latin American retailer Exito, which is owned by the French supermarket operator Casino, while remaining in close contact with Net-a-porter executives. Cortazar praised founder Natalie Massanet and her team for being supportive of his work at Ungaro. He recalled that Massenet chose to wear the opening look from his second Ungaro show for an event in New York.

Rogers cited a strong reaction for Cortazar’s Ungaro dresses. “They did well and that’s why we were so upset he was no longer designing there,” she added. “It felt very fresh and very young.”

“For us, fashion doesn’t have to be a season,” she said, citing an advantage in delivering product “out of season when you don’t have a plethora of competition on the proverbial sales floor.”

Cortazar’s collection, retailing from about $270 for a top up to $2,760 for a coat, spans things that can be bought to wear in the heat of summer and “layering pieces” that can transition into the fall, Rogers noted.

She declined to provide sales projections, but characterized the project as a “healthy investment” for which it has high hopes.

Cortazar described the new collection as “definitely sexy, but in quite a minimal way.” References include painter Nicola Samori and architect Ricardo Bofill.

He portrayed the collaboration with Net-a-porter as a way of getting closer to the customer, and edging back into the business gradually.

“What’s great is they can see the samples and see the sketches and voice their concerns, so we can maneuver the collection so they’re happy and I’m happy,” he said. “They’re giving us the platform. I think it’s a good first step, without going too far and too fast.”