Ones to Watch at Milan Fashion Week Spring 2017

Big changes at a number of established brands are resulting in fresh faces at the design helms and new directions for spring. 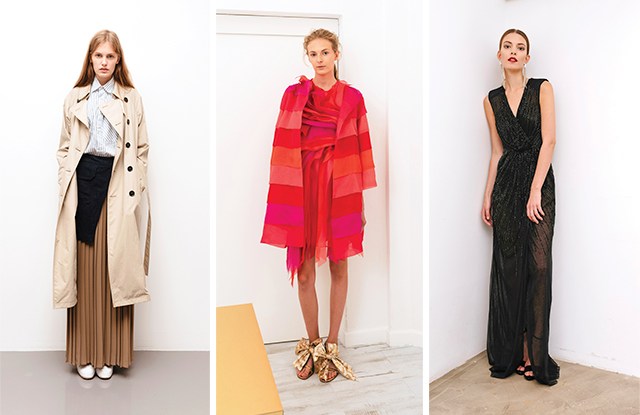 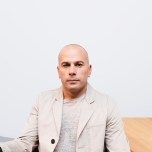 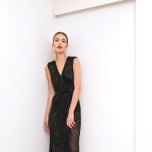 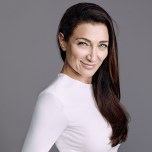 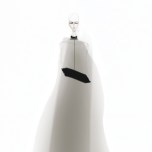 This story first appeared in the September 21, 2016 issue of WWD. Subscribe Today.

Backstory: Federico Curradi, who started designing the Peuterey men’s collection last January, is about to make his debut at the helm of the brand’s collection for women, which for the first time offers a full ready-to-wear range, alongside its signature outerwear. “The idea was to create a metropolitan, dynamic look by reworking Peuterey’s sporty aesthetic in a new, very relaxed way,” said Curradi. “We wanted to deliver new, effortless uniforms suiting the urban lifestyle of international women.”

For spring, the designer combined Africa-inspired colors and ethnic motifs with geometric patterns referencing the works of Ettore Sottsass, founder of the Eighties-era Memphis design and architecture collective.

Silhouettes are voluminous. A trench pairs with wide-legged plissé pants and a mannish striped shirt, while a roomy bias-cut skirt is worn with a leather shirt-jacket layered over a lightweight top. Curradi introduces feminine touches via the knots decorating shirts, as well as pleats and lace inserts on the back of belted jackets. The lineup also includes striped oversized knits and color-block knitted polo shirts and sweaters.

Based in: Bologna, with showroom in Milan

“My collections are designed for very feminine women, who don’t want to hide themselves behind clothes but who want to exalt and show their bodies,” said founder and creative director Elisabetta Franchi, who in 2013 sold a minority stake of the brand’s parent company, Betty Blue, to investment fund Trilantic Capital Partners. “I think the success of the brand is rooted in the fact that we have always been very coherent, we produce 92 percent of the collections in Italy except for embroideries, which are done in India, and prices are balanced with quality.”

The brand is sold in 1,106 stores globally, 470 of which are in Italy and account for 57 percent of the company’s total business. Other key markets for Elisabetta Franchi are Russia, China, Europe and the United Arab Emirates. The company also controls 21 directly operated boutiques in Italy and an additional 44 located across the globe. “We open between six and 15 stores a year,” said Franchi, who expects to close 2016 with revenues of 115 million euros, or $129 million. “We expect to grow a little bit. Last year we generated revenues of 105 million euros [$115.5 million at average exchange].”

For spring, Franchi was inspired by ultimate Eighties TV series “Dallas” and she designed dresses with defined waists and accentuated shoulders, as well as frocks and skirts with asymmetric cuts and high slits. The collection also features flared pants with tailored jackets, and fabrics with a wet-look effect.

Backstory: A graduate of Milan’s Instituto Marangoni, Chinese designer Rico Manchit Au is the latest to be selected by Giorgio Armani to show at his Armani Theater. “Oriental, minimal, futuristic, sculptural, artistic” were the adjectives used by Manchit Au to describe the aesthetic of her Ricostru brand, which, playing on the word “reconstruction,” pays homage to the creative force of the emerging Chinese generation’s focus on building a new national image. “The upcoming collection will feature designs inspired by Chinese nightrobes; there will be a combination of futuristic and classic materials, as well as 3-D cuts,” said Manchit Au.

“I’m looking forward to the entrance of Ricostru into the international market,” she said, adding she hoped more overseas customers would respond positively to her “Oriental minimalist” designs.

Backstory: Krizia will once again show at its storied Milan headquarters On Via Manin. It’s been a year of change for the house: It was acquired by Zhu Chongyun in 2015 and its founder Mariuccia Mandelli died last December. The new owner and artistic director said the company is building the team and constructing the whole supply chain and sales channels. Her goal is to design “good collections that contain Krizia’s DNA as well as a contemporary style,” with materials, colors and shapes that are of-the-moment.

For spring, she said, “The inspiration came from nature, the mountains and the lake in Como.” Some pieces are “romantic” and share a “sense of movement,” while others have a “stronger impact.”

She also noted that currently, it’s mainly the media that is paying attention to Krizia — “they are still very supportive and care about Krizia as a historical brand. Customers need a bit more time to be influenced.”

Backstory: New majority owner Paola Santarelli, a businesswoman and art patron, has called on Mario Dice to launch ready-to-wear for Capucci, which will be introduced on Sept. 24 with a presentation and cocktail at Palazzo Isimbardi. The designer comes with a lengthy résumé, having worked at Sorelle Fontana, Gattinoni, Calvin Klein, DKNY, Krizia, Trussardi, Alberta Ferretti and Philosophy, Zuhair Murad, David Koma and others. He also designs his own line.

Hues range from white and black to yellow, azure, red, aqua green and coral, and there will also be multicolor pleated details. Fabrics and materials include jacquard, fil coupé, crepe de chine, cotton poplin, broderie anglaise, Lycra spandex, silk, all-over prints and organza-piqué. Clothes seem structured but are actually very light. While highly respectful of Roberto Capucci, the affable Dice said he does not want to pay literal homage to the designer, known in the Sixties and Seventies for his architectural and sculptural approach.

Backstory: After many seasons of being focused more on the domestic market, where his namesake label is sold in 70 high-end stores, Gianluca Capannolo is gearing up to make an international push. “Japanese buyers demonstrated great interest in my latest collection and we are trying to get into the American market,” said the designer.

Born in L’Aquila, in Central Italy, Capannolo has worked for several brands, including Krizia and Roberto Cavalli, where he took care of the red carpet collections.

Featuring a couture-inspired approach, the designer works with exclusive fabrics cut in minimal, feminine silhouettes. “I always start from simple geometric shapes, [then] give shape to clothes, [elevating] their femininity,” he said. His spring collection will be presented in Milan on Sept. 21.

Influences include Sofia Coppola’s “Marie Antoinette” and certain Tim Walker-inspired atmospheres, “but all reworked for a very modern look,” said Capannolo. The lineup will include A-line and T-shirt brocade dresses, frocks and tops made by stitching together multicolor organza stripes, as well as graphic vests, jackets and dresses crafted from gold frayed tweed. The palette includes blue, emerald green and pink with hints of metallic tones.