Next LVMH Prize Winner Is Probably Famous Already on Instagram

The list of 20 semifinalists includes many brands that owe their burgeoning notoriety to social media and influencers.

PARIS — When the semifinalists for the LVMH Prize for Young Designers gather at the luxury conglomerate’s headquarters later this month to show their collections to a panel of industry experts, many of them will have Instagram to thank for the career-making opportunity.

The list of 20 semifinalists unveiled today includes many brands that owe their burgeoning notoriety to social media and influencers, always on the search for hot new labels. Among them, Tomo Koizumi, Rave Review, Helmstedt, Chopova Lowena and Peter Do have all leveraged the Internet in different ways.

Koizumi is perhaps the most famous example: after Vogue talent scout Sara Maino posted one of his colorful, oversize ruffled designs on Instagram in October 2018, things quickly snowballed. Giles Deacon and Gwendoline Christie flagged it to stylist Katie Grand, who brought him to New York to make his debut.

“She DMed me less than a month before my first show,” Koizumi said of the display, held at the Marc Jacobs store on Madison Avenue last February with models including Karen Elson, Bella Hadid, Emily Ratajkowski, Rowan Blanchard and Christie. The images promptly went viral.

Koizumi, who makes only custom dresses, has since seen his designs worn by the likes of Miley Cyrus and Sophie Turner, and two outfits featured in the “Camp: Notes on Fashion” exhibition at The Metropolitan Museum of Art’s Costume Institute. If he takes home the LVMH Prize, he plans to launch a commercial collection.

“It’s my most dreamed prize in my career. If I won the prize, I can prove that strong and unique creativity is the best key to success without any big background. And that will encourage young designers and fashion students to be unique and different,” he said in an e-mail exchange.

Many of them will already be familiar to influencers like Susie Lau, one of the panel of 68 experts charged with selecting the eight brands that will go through to the final of the LVMH Prize on June 5. 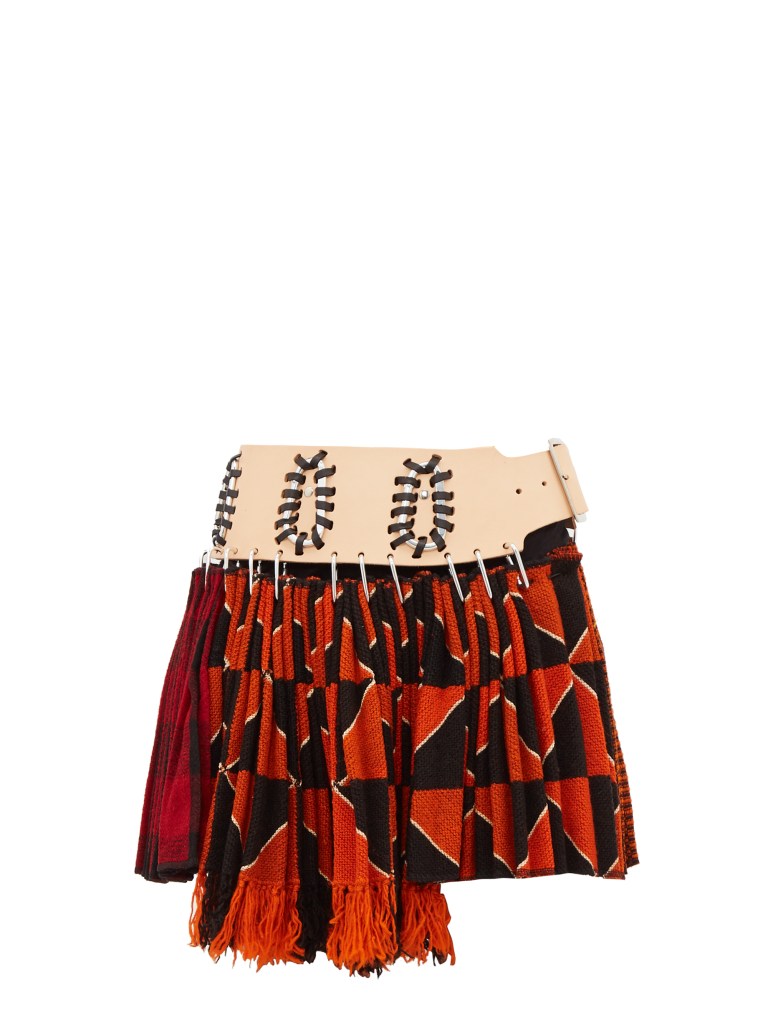 Lau is a fan of Chopova Lowena’s signature kilts, made from recycled folkloric fabrics from Bulgaria including vintage aprons, pillowcases, wall hangings and tablecloths. Now in its third season, the brand is carried in 30 points of sale including Matchesfashion.com, Dover Street Market and Browns.

Emma Chopova and Laura Lowena, who graduated from Central Saint Martins as a duo, have eschewed fashion shows in favor of books made with photographer Charlotte Wales. “We want to do something different. We’re interested in a new approach rather than the old boring method of doing things,” said Chopova.

The brand’s relationship with influencers grew organically out of that. “It was way less of a social media thing than just kind of a natural growth, meeting people and giving them stuff. It was important to like people and connect with them, and then to want them to have something,” she said. 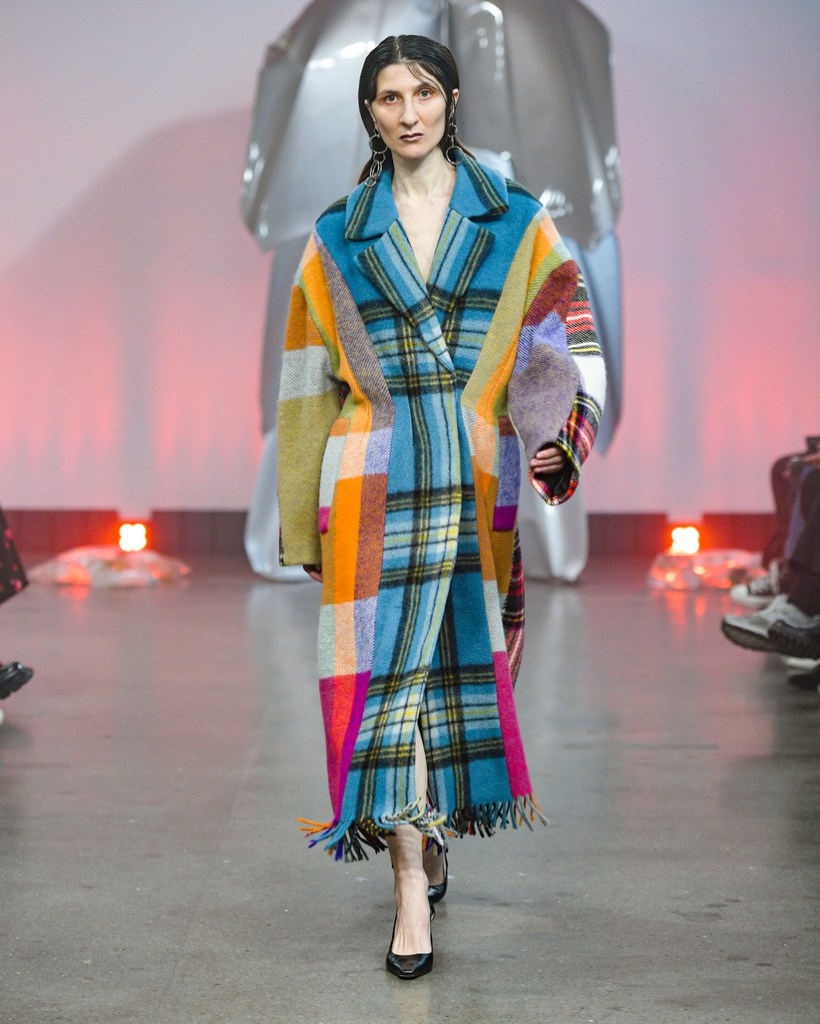 Josephine Bergqvist and Livia Schück, the designers behind the Swedish label Rave Review, popped up on the radar of influencers like Janka Polliani, Elsa Hosk and Veronika Heilbrunner with their sophomore collection for fall 2018, featuring their signature blanket coat spliced together from vintage wool plaids.

“That was actually the starting point for us, where we started to reach internationally,” said Schück. “Social media, and especially Instagram, has played a huge part in our growth and I think it’s been in a very organic way.”

She noted that most buyers approach the brand, which showed at Copenhagen Fashion Week for the first time this season, through the social media platform. Rave Review is stocked at Matchesfashion.com, Browns, LN-CC, Totokaelo and Opening Ceremony.

Do, who won a graduate award at the inaugural LVMH Prize in 2014, doesn’t work with influencers, but said the Internet has been crucial to building his U.S.-based label. “We are a Millennial brand. I met all of my members through Tumblr, Facebook, Instagram,” he said of his staff of 12. “The brand feels like it was built on the Internet.” 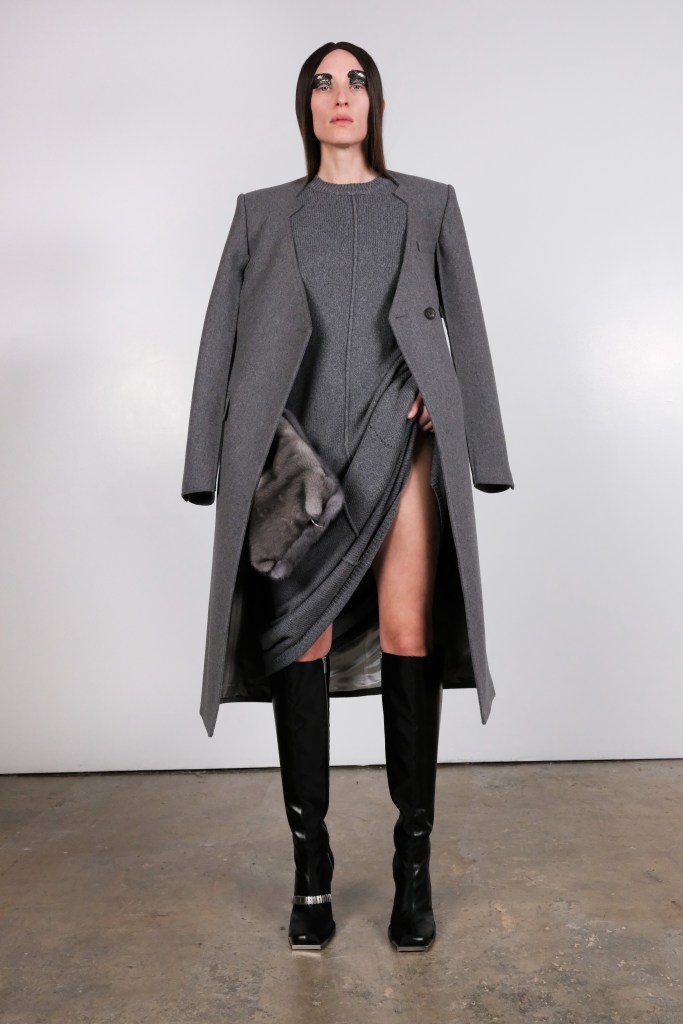 Having worked at Celine under Phoebe Philo, he wants to “bring back craft and garment making” to New York City with his tailoring-based collection, available in 40 points of sale next fall, including Net-a-porter, Bergdorf Goodman and Joyce. Do uses his Instagram account, which has 185,000 followers, to document the process.

“Instagram is obviously something that all of us really enjoy, so when we started the brand, we really wanted to pull back the curtain and show everybody it’s not always glamorous. We go to Ikea to build furniture, we go to Costco to get lunch,” he explained.

“People really respond to that and that’s how the Instagram grew — because we were showing everyday things, we weren’t showing fancy parties or glamorous things. We’ve shown people we’re carrying fabric around, it’s a lot of heavy work. There’s a lot going on that other people don’t show,” Do added.

“I’m 27 years old. I grew up with a computer and I got introduced to the iPhone from an early age, so it’s very natural for us to communicate on this platform and I’m very happy that I’m a brand that was established after the Internet, because I think it’s also difficult for brands started maybe 20 years ago to get to know all of this now,” she said.

“As a creative director of a brand, it’s not my passion to do Instagram, but I know that it’s something I have to be aware of,” Helmstedt said. “We spend a lot of time to try to create the DNA and the universe of the collections through this platform.”

In fact, she has a hard time imagining fashion without social media. “I really feel like the whole industry is all over Instagram. It’s a bit weird — also a bit terrifying, because what if Instagram closes? What do you do with your brand?” she mused. 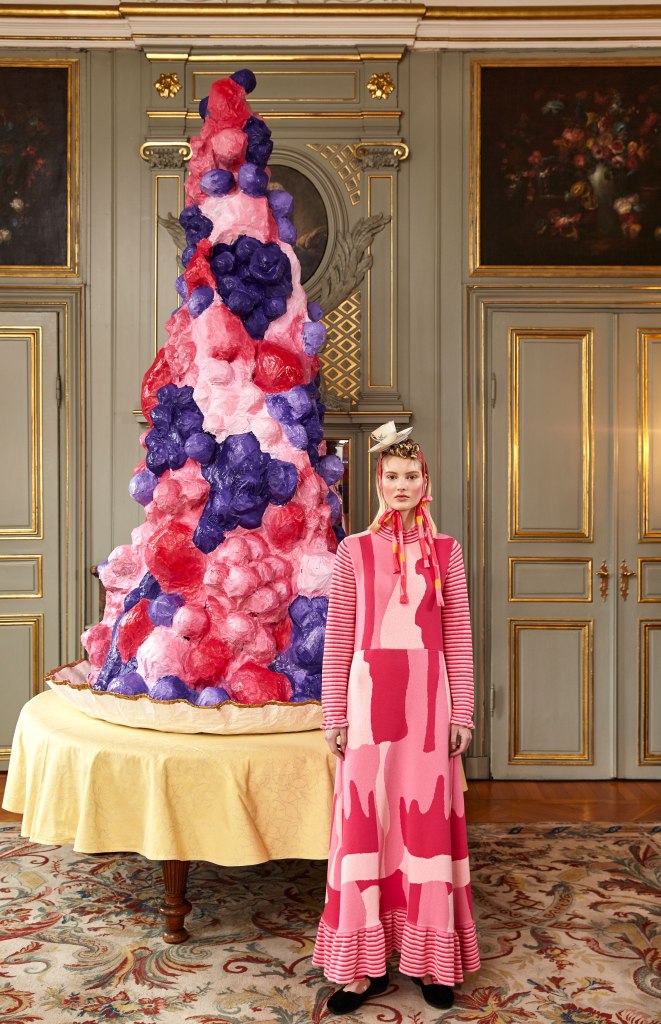 Delphine Arnault, the force behind the LMVH Prize and a key talent scout at the family-controlled group, noted another byproduct of the Millennial mind-set. “This year, it is worthy of note that more and more designers are working in collectives, with six duos and one trio represented among the semifinalists,” she said.

In line with previous years, many brands have an environmentally conscious approach. “All share an innovative vision, resolutely focused on the future, in terms of their research into new materials, use of bio-textiles or recycled fibers, concern for new artisanal techniques, and desire for local, reasoned production,” Arnault noted.

“Last but not least, our selection stands out in terms of parity, with 14 women and 14 men, each illustrating in their own way the ongoing conversation between the male and female wardrobes, the breaking down of gender barriers and the emergence of a more inclusive mode of dressing,” she concluded.

Finishing the list are South African designer Sindiso Khumalo’s eponymous women’s brand; designer Supriya Lele’s women’s label of the same name; Vaqar, the Iranian brand designed by Shirin and Shiva Vaqar, who are back after making the shortlist in 2016, and Chinese designer Yuhan Wang, who shows her women’s ready-to-wear in London. 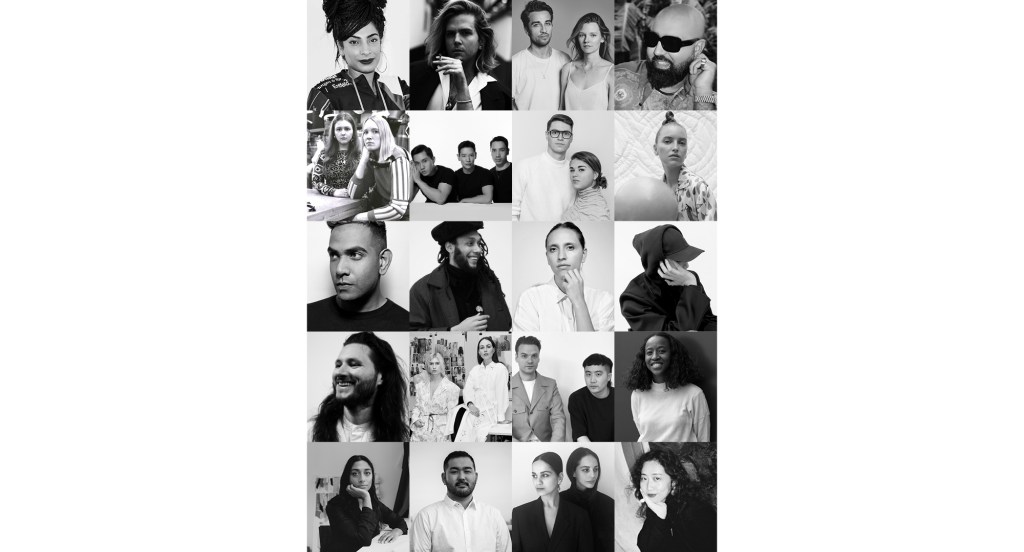 The designers shortlisted for the LVMH Prize for Young Designers.  Courtesy

The semifinalists are to travel to Paris with their collections and display them at LVMH headquarters on Feb. 27 and 28 during Paris Fashion Week. Unique in its online-only application process, the LVMH Prize is open for anyone under age 40 who has produced and sold at least two women’s or men’s rtw collections.

In addition to the main award, LVMH will hand out the Karl Lagerfeld Prize, worth 150,000 euros, which comes with a one-year mentorship program provided by a dedicated  LVMH team offering expertise in areas such as intellectual property, sourcing, production, distribution, image, communication and marketing.

This year’s edition of the LVMH Prize, now in its seventh year, attracted 1,700 applicants from 110 countries.