Situated across from the site of the new Whitney Museum of Art in the Meatpacking District, the 1,500-square-foot shop will house the designer's complete line.

By Jessica Iredale on May 2, 2012
View Slideshow 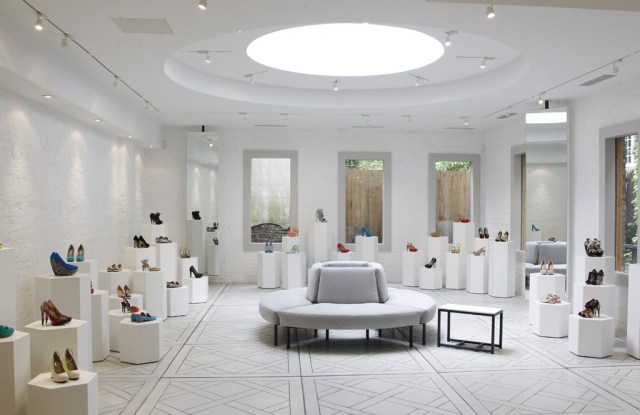 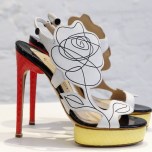 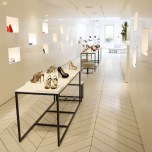 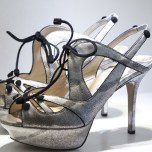 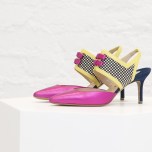 When English designer Nicholas Kirkwood opened his first store last May in London, it was with the plan to expand to New York within a year. “We made it in just under 10 days,” said Kirkwood in a phone interview last week, a few days before he traveled here for the Friday store opening, at 807 Washington Street.

Kirkwood, who launched in 2004 and remains independently owned, said he decided on the Meatpacking District after scouting sites in SoHo, where he couldn’t find a street to suit him, and uptown, where spaces were on the small side. The New York store was implemented on what Kirkwood said was the immediate success of his London boutique. “It really started working and supporting itself right from the start, so it sped up the [retail] process.”

The 1,500-square-foot space is similar to the Mount Street boutique in its minimal palette and gallerylike setting, done in shades of white, gray and taupe, so “the shoes can be the color,” said Kirkwood, who is known for his fantastical, architectural designs. He worked with architect Mehrnoosh Khadivi on the interior, which also features a Corian-framed entrance that leads into the chevron Versailles parquet floor in white concrete. There are polished Marmorino displays and a large circular skylight that makes use of the natural light from the garden at the rear of the store.

Situated across from the site of the new Whitney Museum of Art, the boutique will house Kirkwood’s complete collection, as well as all collaborations, which have included shoes for Rodarte, Prabal Gurung and the Keith Haring Foundation.

Once New York opens, Kirkwood and his business partner, Christopher Suarez, plan to look into new markets. “We want to use the store to help our other retailers,” said Kirkwood. “I don’t do a show, so this is a way I can present the collection in my environment. It’s definitely a good way to project an image for a shoe brand.”