Nicola Formichetti Talks His Own Line

The designer is looking to inject high-tech, digital and solar power elements into the clothing. 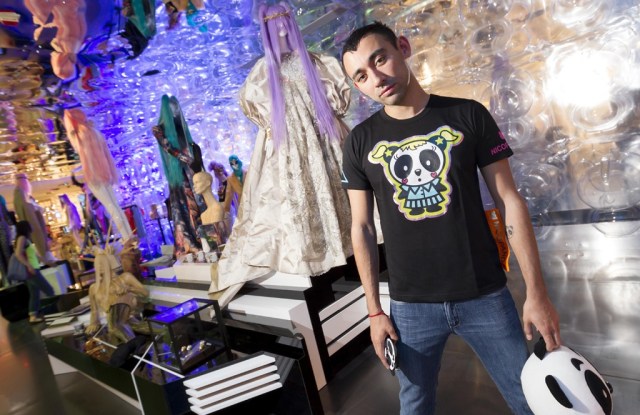 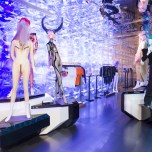 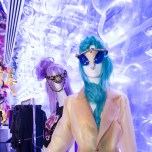 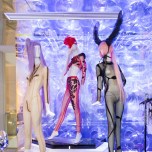 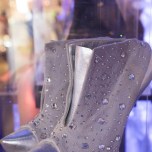 HONG KONG — For Lady Gaga, he got creative with meat. For Mugler men’s recently, he enlisted tattoo-covered “Zombie Boy” Rick Genest. Now, as Nicola Formichetti prepares to launch a brand for himself, he is going high-tech, digital and solar power.

“It’ll be very digitally oriented and high-tech,” the Mugler creative director said Thursday. “We’ve been working with the same fabrics, the same techniques for hundreds of years. That’s all great, but we need something new.”

Formichetti said he wanted to create clothes that could, for example, incorporate the use of solar power, charge a wearer’s phone, or mold to a person’s body, using newer materials and methods. “Why do you have to have a zipper when you can have a jacket that’s molded to your body?” he asked. He said he was working with a technology company to develop apparel for the label, but declined to identify it.

He said the brand, which he has named Formichetti, would likely launch mid-2013 and that he had a team developing it in New York, where he is based. The label will include apparel and accessories. Wanting to break from usual practice, Formichetti said he wanted to launch his label online instead of during a fashion week, and that it “might not have seasons.”

Formichetti, who is also fashion director at Haus of Gaga, Uniqlo and Vogue Hommes Japan, was speaking at luxury multibrand retailer Lane Crawford. A pop-up store opened Tuesday featuring his Nicopanda line of mahjong sets, playing cards, T-shirts, phone cases and more emblazoned with a dimpled cartoon panda. A similar pop-up store will open at Lane Crawford in Beijing on May 15.

The half-Italian, half-Japanese creative director said that after years of leaving his dream of starting a label on the back burner, he had decided to make it happen. The decision was spurred by his move from London to New York a few years ago, entering his 30s, and working for Gaga and Mugler. “This year I wanted to focus on my own dream. Being a stylist, you always hide behind a brand, but because of Gaga and Mugler, I needed to come out onto the scene. I had to embrace it,” he said.

Formichetti said he would continue to develop Nicopanda, whose star cartoon character’s face is modeled on his own, down to its dimples.

Along with his pop-up store, Formichetti brought a collection of more than 20 looks he had styled for Gaga that she had worn. The exhibition comprised several of her recognizable outfits, including a Christian Lacroix wedding dress she donned for the music video of her song “Judas.” This is the first time the collection has been shown.

Formichetti’s pop-up store and the exhibition coincided with Lady Gaga’s performance here. Her appeal led concert organizers earlier to add three shows to the initial one that had been scheduled.